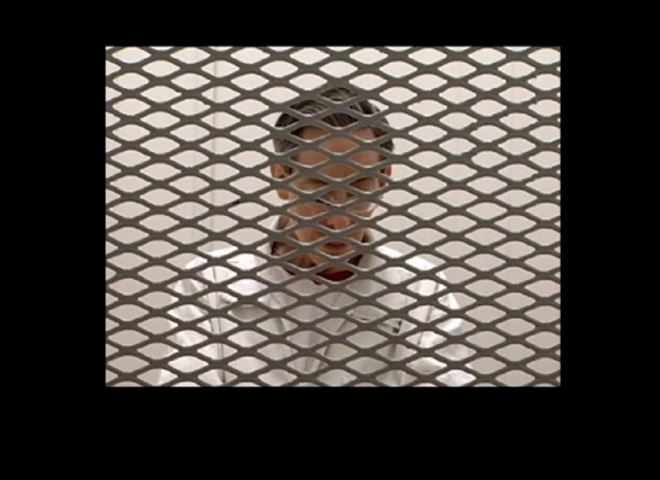 HUNTSVILLE, Texas - Earlier this year, a wife of former polygamist sect leader Warren Jeffs tried to visit him at a Texas state prison with a tiny microphone implanted in her hollowed-out watch. Another time recently, a woman planning to visit the convicted sex offender was denied entry after a metal detector found something buried in her hair and she refused to show it to a corrections officer.

Such is the hide-and-seek game authorities play with the self-styled prophet of the breakaway Fundamentalist Church of Jesus Christ of Latter-Day Saints, who is serving a life sentence for sexually assaulting his 12- and 15-year-old child brides at a church compound in West Texas.

Prison officials said it was the second time recently that Jeffs' wives were caught trying microphone-in-the-watch that ploy. Those and other details emerged in Phoenix earlier this month at a trial involving Arizona and Utah church followers that offered a rare glimpse into how Jeffs still tries to exert control from behind bars.

Among other breaches of prison rules, Jeffs' phone privileges were temporarily suspended in 2012 when it was determined the caller at the other end was broadcasting the conversation on a speakerphone. And a Texas prisons official testified at the Phoenix trial that some mail sent by Jeffs was blocked when it appeared to be written in code.

From his arrival in 2011 at an East Texas prison, the 60-year-old Jeffs presented special challenges.

He began receiving more than 1,000 letters a day, mainly from followers of the sect that broke away from the Mormon church when it disavowed polygamy. That's more than all the other 1,000 inmates combined at the Powledge Unit prison near Palestine, where he is held in "protective custody" to shield him from other inmates.

Jennifer Smith, who supervises the prison agency's mail operation, says every piece of mail is opened and inspected for things such as contraband. Jeffs' mail volume has subsided somewhat, although his daily amounts still sometimes exceed 300 letters. Outgoing mail also is examined.

Operating a business from a penitentiary is not allowed, said Texas prisons director William Stephens, and attempts to do so are stopped as soon as possible.

Jeffs gets few visitors, makes only a smattering of phone calls, sends out a handful of letters and doesn't socialize much with others, prison officials said. He doesn't have a cell partner and is given the opportunity to be outside his cell just three hours a day for recreation. His meals are delivered to his cell.

"He has little interaction with the staff or other offenders," said Jason Clark, spokesman for the Texas Department of Criminal Justice. "He keeps to himself."

He routinely refuses media requests for interviews, and denied such a request from The Associated Press.

He can have up to 10 people on an approved visitor list that can be revised every six months. Texas limits an inmate's phone list to 20 numbers and a contractor monitors the calls.

Texas authorities declined to provide the visitor and phone lists to The Associated Press, saying such records were confidential. But a prison official testifying at the Phoenix trial said two of Jeffs' brothers, Isaac and Nephi, are his most frequent visitors.

Jeffs is searched before he's brought to the visitation area and isn't allowed to bring anything except his prison ID. For immediate family visits, he's sits across a table from them. Other visitors speak to him from behind a screen. A corrections officer is nearby.

But phone calls to attorneys are not monitored because of attorney-client privilege. Letters marked as legal mail remain sealed until they're opened in Jeffs' presence and checked for physical contraband. Inmates and their lawyers are allowed to exchange documents during prison legal visits and those are not screened.

Outgoing mail marked as legal correspondence avoids scrutiny of the mailroom clerks, although the name on the letter is checked to ensure that person really is a lawyer.

Willie Jessop, a former church security chief who has renounced the group, said at the Phoenix trial that he received more than 100 coded letters taken out by Jeffs' attorneys. They were decoded by his wives and then distributed to followers.

Jeffs fired his attorneys during his 2011 Texas trial and the AP was unable to determine if he now has a lawyer.

Two lawyers who have dealt with Jeffs denied they served as couriers for him. One attorney during two depositions taken in 2014 at the Texas prison said their discussions never focused on religion.

"Was I a messenger for the church? The answer is no," said lawyer Brian Walsh.

Michael Piccarreta, an Arizona lawyer who's represented Jeffs in criminal cases from 2007 to 2010 - before Jeffs arrived at the prison - said he had not heard of lawyers serving as couriers.

"I'm not aware of that occurring," he said. "That was not an issue."

Jessop said members of the sect who blindly followed Jeffs for years are still writing him because they are leaderless and desperate for guidance.

"It's just going to take time to wear this out, just like coming to grips with the fact there's no Santa Claus living at the North Pole," he said.