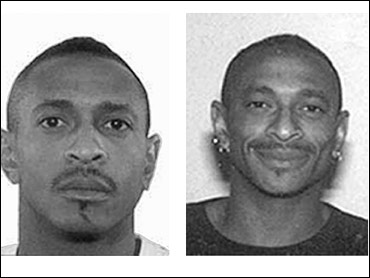 An Illinois man on the FBI's 10 Most Wanted list for allegedly stalking and killing two former girlfriends has been captured in Mexico, the FBI announced Friday.

Michael Alfonso is accused in the shooting death of 28-year-old Genoveva Velasquez in June 2001 in the parking lot of a restaurant were she worked, and of 23-year-old Sumanear Yang in 1992.

He was arrested recently after a person in Mexico recognized him from the television show "America's Most Wanted" and called authorities, FBI spokesman Frank Bochte said.

Alfonso, who is a registered sex offender in Illinois, legally changed his name from Michael Alfonso Johnson after Yang disappeared, according to the FBI.

It was the second arrest this week resulting from the television show. A 14-year-old girl was apprehended in Orlando after allegedly fleeing house arrest by removing an electronic monitoring device from her ankle and gluing it to a cat. Kayla Marie LaSala is accused of stabbing her father to death 100 times in West Virginia.