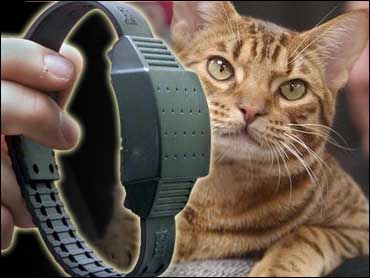 A 14-year-old girl on the run after being charged with murdering her father has been arrested in Florida, authorities said.

Kayla Marie LaSala had been under house arrest at an uncle's house and allegedly fled on July 3 after removing an electronic monitoring device from her ankle and gluing it to a cat.

A tip came in to detectives on Tuesday that she was in an Orlando, Fla., suburb with a 25-year-old man after her case was featured on the Web site of the television show "America's Most Wanted," CBS affiliate WVNS-TV reported.

LaSala faces trial Sept. 7 as an adult on a first-degree murder charge for the Feb. 23 death of her father, Stephen LaSala, who was stabbed 100 times.

Beasley said she was arrested at Gilmore's house after officers tracked him down at his job on Tuesday and he told them LaSala was there.