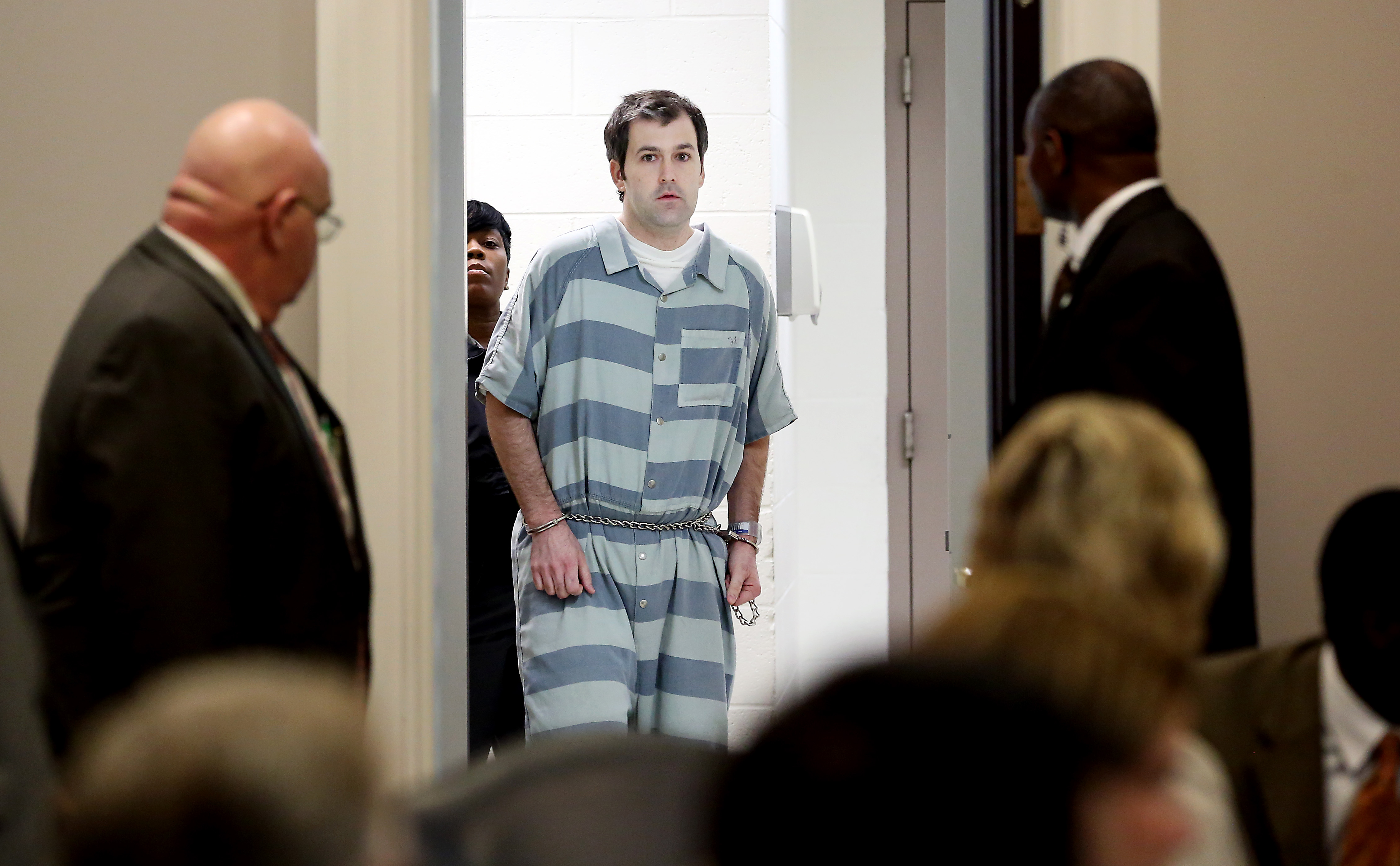 CHARLESTON, S.C. - Two police officers testified Monday that the account Michael Slager gave them about shooting Walter Scott in the minutes after the slaying contradicted a dramatic cellphone video of the unarmed black motorist’s death.

The trial of Slager, the white former North Charleston police officer who is charged with murder in the 50-year-old man’s death, entered its second week as the prosecution continued calling witnesses before a jury of 11 whites and one black.

North Charleston police Sgt. James Gann and Lt. Daniel Bowman both raced to the scene in their cruisers after Slager radioed he was pursuing Scott on foot following an April 4, 2015, traffic stop. The pursuit began when Scott ran after being pulled over for a broken taillight.

Gann testified that when he arrived, Scott had bullet wounds and was face down on the ground. He said he performed CPR on Scott until emergency medical personnel arrived. He said Scott was unresponsive throughout.

Both officers testified that when they got to the scene, Slager told them he and Scott had wrestled and that Scott got control of Slager’s Taser.

Gann testified Slager told him Scott “stood up, pointed the Taser at him and that’s when he deployed his department-issued firearm.” He added “my understanding was Mr. Scott had the Taser and they were fairly close together - three or four feet.”

Bowman also testified that Slager told him Scott was facing him with the Taser.

“I thought it was from close range,” Bowman said.

The account is contradicted by a cellphone video taken by a bystander that a jury saw last week.

The video, which stunned the nation, shows Slager shooting eight times at Scott’s back from yards away as the motorist fled from the traffic stop.

On cross-examination, Bowman testified that Slager appeared disheveled and had dust and dirt on his uniform after the shooting.

“There’s no question” he had been in a fight, Bowman said, adding Slager also had lacerations on his arms and knees.

Slager, 34, faces 30 years to life in prison if convicted in Scott’s death.

In her opening statement, Solicitor Scarlett Wilson told the jury that Slager may have been provoked if Scott wrestled his stun gun from him, but that doesn’t justify shooting Scott in the back as he tried to run away.

“If Walter Scott had not resisted arrest, he wouldn’t have been shot. He paid the extreme consequence for his conduct. He lost his life for his foolishness,” she acknowledged. But Slager is on trial for murder because of what he did after Scott broke away from the officer, she said.

Wilson told the jury Slager’s actions were “flat out wrong.”

Defense attorney Andy Savage in his opening statements sought to pin responsibility on Scott, who tried to run away after Slager pulled him over for a non-functioning tail light on his car.

“Why did he choose not to respect the request to stay where he was? That’s something that I hope you consider,” Savage told the jurors. “It wasn’t Mr. Slager who was angry and full of animosity.”