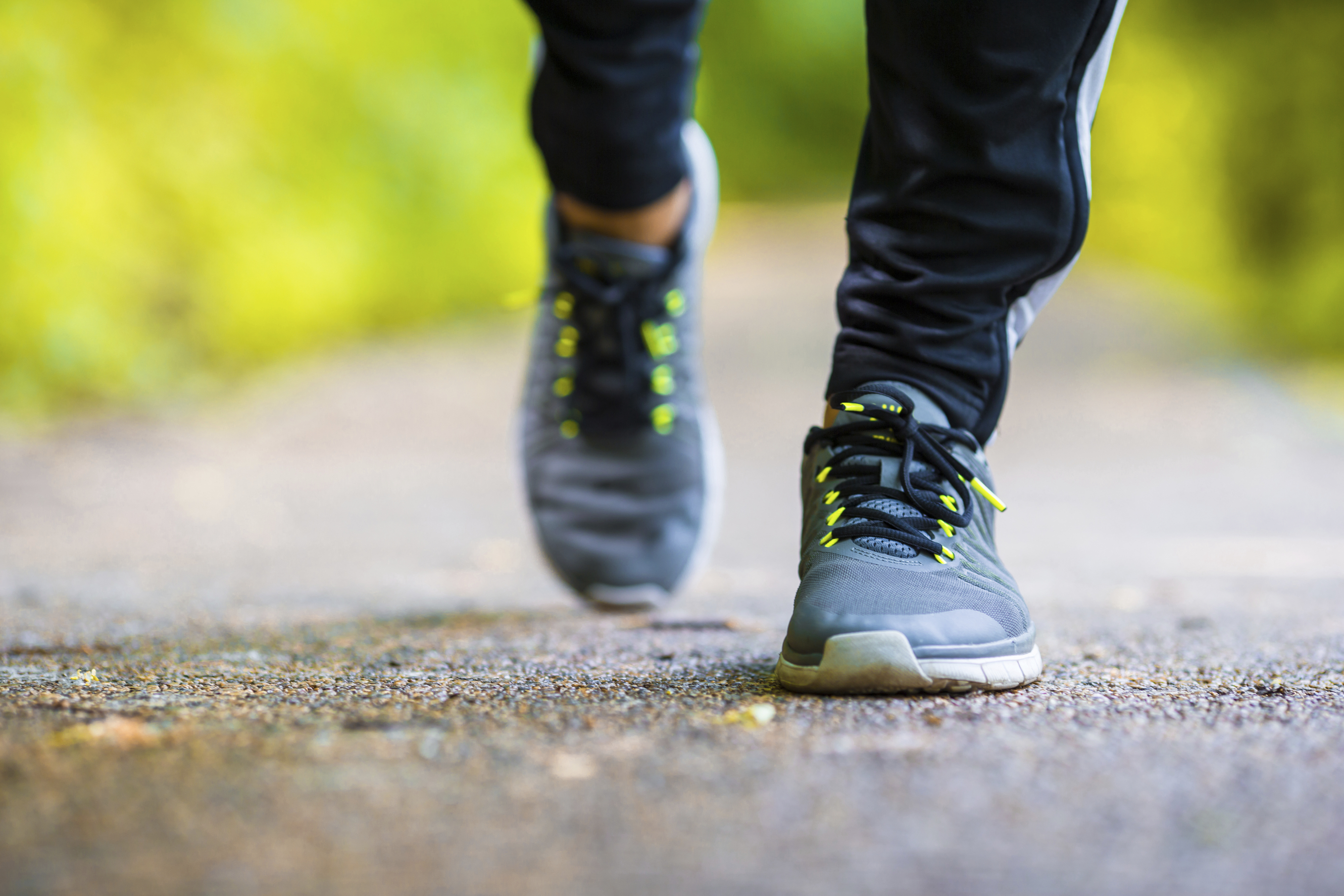 Just put one foot in front of the other and you’ll boost your brain at the same time.

That’s the conclusion of a small study that found the impact of a foot while walking sends pressure waves through the arteries that increases blood supply to the brain.

Activities such as bicycling, walking and running may optimize brain function and overall sense of well-being during exercise, the researchers said.

Blood supply to the brain was once considered an involuntary action that wasn’t affected by exercise or changes in blood pressure. Previous research has shown, however, that the foot’s impact while running is associated with backward-flowing waves in the arteries that help regulate circulation to the brain.

These waves are in sync with the runner’s heart rate and stride, the study authors explained.

For the new study, scientists examined the effects of walking, which involves a lighter foot impact than running.

Using ultrasound technology, they measured the carotid-artery diameter and blood velocity waves of 12 healthy young adults to calculate the blood flow to their brains as they walked at a steady pace.

The participants were also assessed at rest.

The study showed that walking results in a significant increase in blood flow to the brain. The boost in blood flow isn’t as dramatic as with running, but it’s more notable than that seen with biking, which doesn’t involve any foot impact, the study authors said.

“What is surprising is that it took so long for us to finally measure these obvious hydraulic effects on cerebral blood flow,” said Greene, the study’s first author.

“There is an optimizing rhythm between brain blood flow and ambulating [walking]. Stride rates and their foot impacts are within the range of our normal heart rates [about 120/minute] when we are briskly moving along,” Greene said in a news release from the American Physiological Society.

The study’s findings were expected to be presented Monday at the society’s annual meeting, in Chicago. Results of studies presented at meetings are usually considered preliminary until published in a peer-reviewed medical journal.