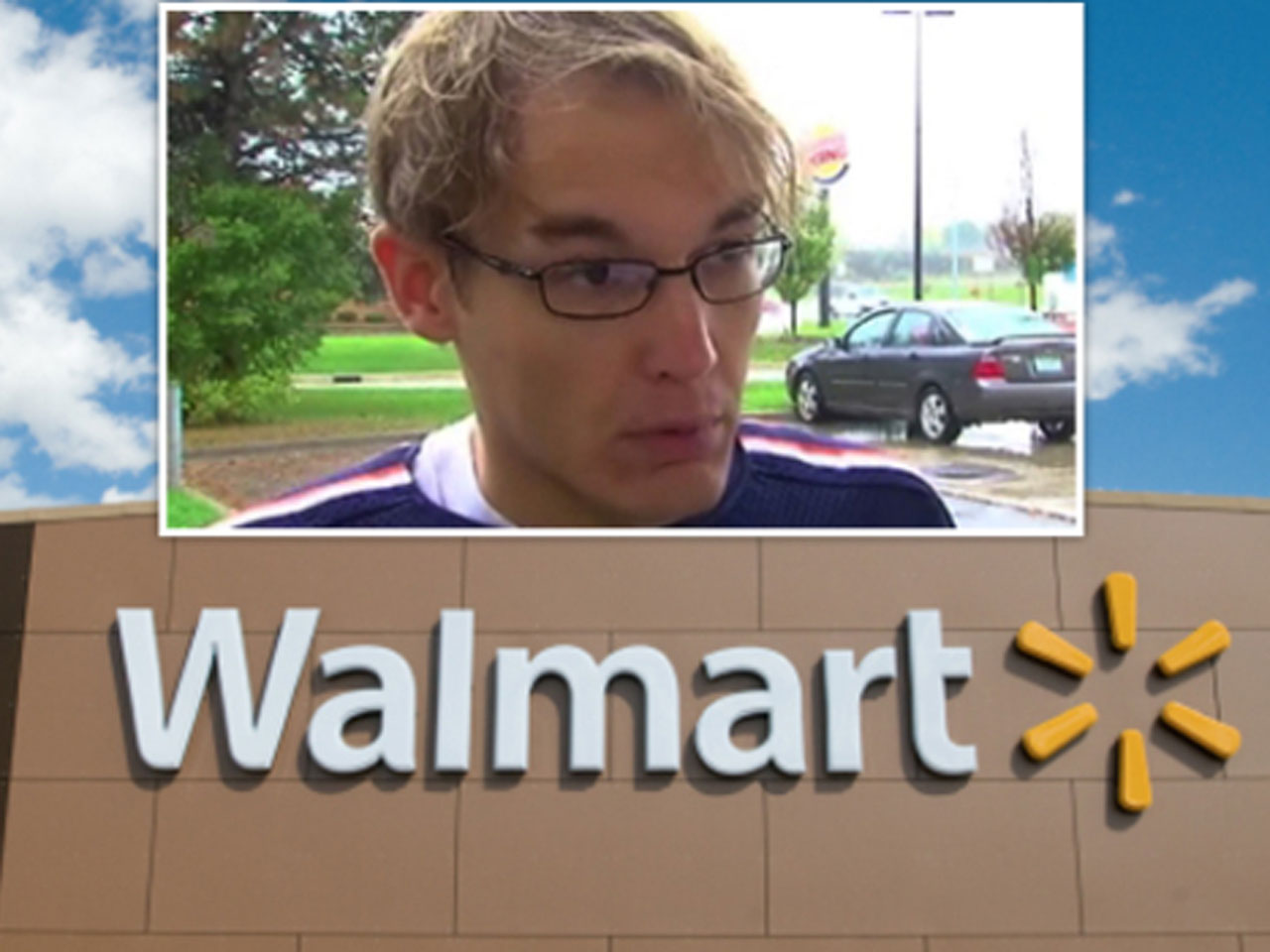 (CBS) - Kristopher Oswald, a Michigan man who was fired from his job at a Wal-Mart after he says he tried to help a woman who was being assaulted in one of the retail giant's parking lots, has been offered his job back.

Brooke Buchanan, a spokesperson for Wal-Mart, told CBS News' Crimesider that after reviewing all the facts of the case, the company has determined Oswald had good intentions when he wound up fighting with the woman's alleged attacker at around 2:30 a.m. Sunday outside the Hartland Township store.

"We want to welcome him back to the store," Buchanan said.

She said that the store has already phoned Oswald and left him a message but he has yet to return their call.

Buchanan said the decision was made after camera-footage and the police report from the incident were assessed.

She explained that Wal-Mart has policies in place to protect associates and customers from getting involved in dangerous situations and that they always encourage associates to contact management and call police.

"We don't feel as though we should condone our associates getting involved in situations because we don't want them to get hurt," she said.

"Each situation is different... and once we looked into it, and reviewed video and the police report we realized his intentions were good and we just want him back," Buchanan said.

Oswald said he was in his car outside the store on his break early Sunday when he saw a man grabbing a woman.

"It was a tiny little blonde girl who got out and tried to force this person off of her vehicle, and she's screaming and he jumped off the car, grabbed her by the arms...and forced her against the car," he told WXYZ in Detroit.

When Oswald asked her if she needed help, the man started punching him in the head and yelling that he was going to kill him, Oswald said. He was able to get on top of the man, but then two other men jumped him from behind, he said.

Oswald said the store's management gave him paperwork saying that "after a violation of company policy on his lunch break, it was determined to end his temporary assignment." Oswald had worked for Wal-Mart for about seven weeks and said he would not have been considered a permanent employee until after his 180-day probation.

"The last thing I expected was to not have a job," Oswald said.

"I'm always going to act the right way and do the right thing even after all of this," he vowed.

Once news of the 30-year-old Oswald being fired spread,several CBSNews.com readers expressed outrage.

"Perhaps it does not matter to Wal-Mart but they will never see me in one of their stores again," wrote one.

Said another: "By the sound of it, Wal-Mart should instead have promoted this guy to store manager. You don't find many individuals who will risk their own well-being for others these days. Mr. Oswald should be commended and rewarded for his heroic actions."

And a third: "I would hope that people would come to my aid in an emergency," the reader wrote. "I would make it a point to patronize a store whose employees would help me. Shame on Walmart! Another reason not to shop there!"

Apparently, Wal-Mart has gotten the message.