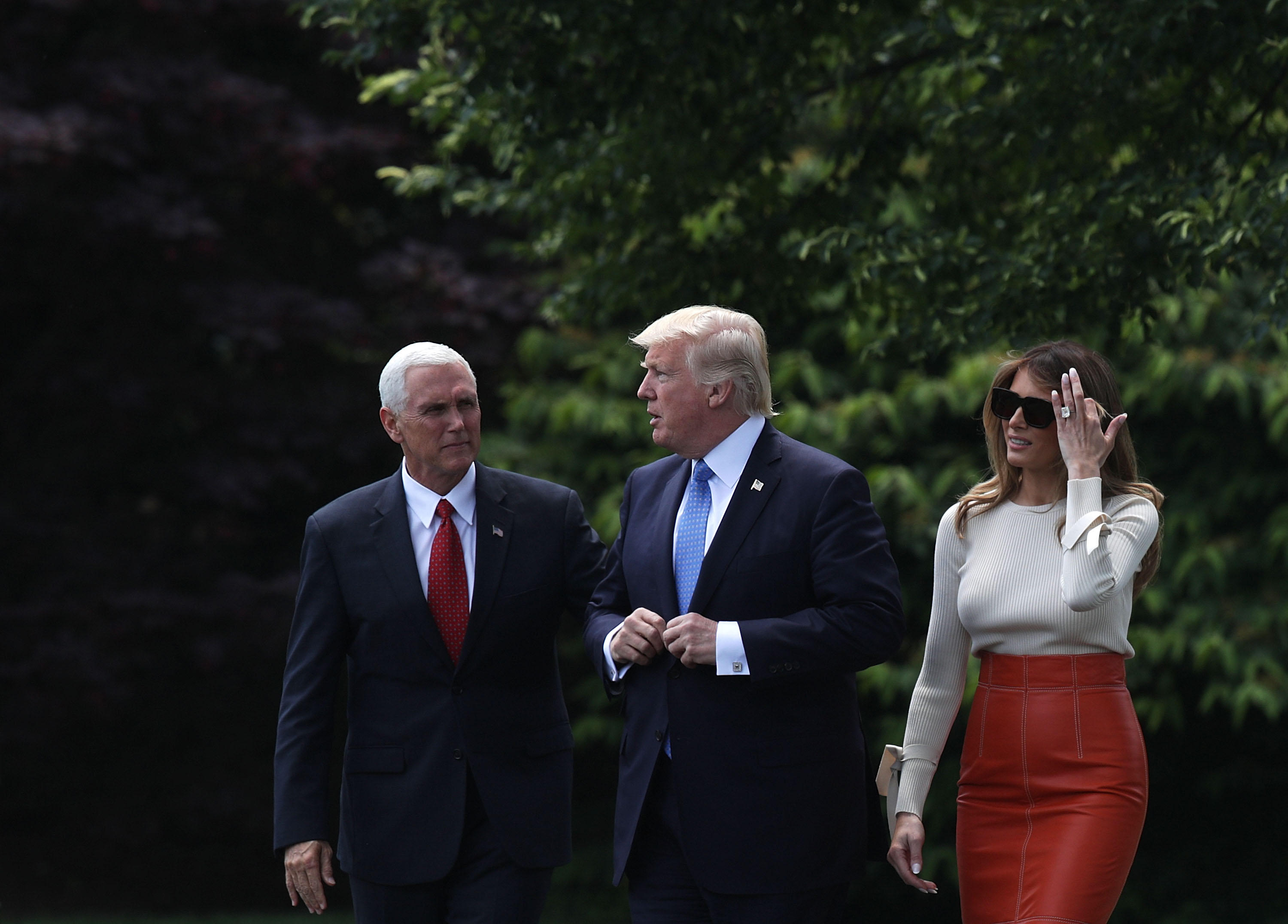 Ahead of Montana's special House election on Thursday, Vice President Mike Pence and President Trump are stepping in to lend a hand to the GOP's candidate in the moderately Republican state.

On Tuesday, Pence recorded a robocall on behalf of Greg Gianforte, saying "President Trump and I need Greg working with us in Washington to cut your taxes, secure our borders and protect your Second Amendment rights."

Pence goes on to slam House Democrats, specifically Minority Leader Nancy Pelosi, urging voters not to let them "take this seat out of Republican hands" adding that "the stakes are high" in Thursday's election.

This is the second case of Pence stepping in to help Republican candidates. He recently established his own political action committee, the Great America Committee, in order to help raise money to get pro-Trump candidates elected.

Pence campaign strategist Nick Ayers shut down any speculation that the PAC was anything more than a vehicle to help other candidates.

While it's not common for a sitting vice president to set up a fundraising vehicle like Pence's, the PAC, Ayers says, moves all of the data, emails and digital assets that Pence had built up in a state-level gubernatorial political committee into a federal PAC.

On Wednesday, the RNC released Mr. Trump's own recording, in which he called upon Montanas to vote for what they "really want" including "lower taxes, good paying jobs and secure borders."

Mr. Trump also echoed Pence's call to protect the Second Amendment, as well as the call to stop "liberal Democrats decimating and dismantling all that we've done."

Calling Gianforte a "wonderful guy" who "knows how to win", Mr. Trump told voters that they're going to have "great healthcare" and "all of the other things you so desperately want and need" if they head to the polls on Thursday.

Democrats are hoping for a win in Montana as they need to win 24 seats to get back control of the House in 2018. Both parties have been spending large sums to fill the vacant seat left by Interior Secretary Ryan Zinke.

The campaign committees for Democrat Rob Quist and Gianforte have raised at least $10 million combined, with outside groups spending more than $7.1 million thus far.