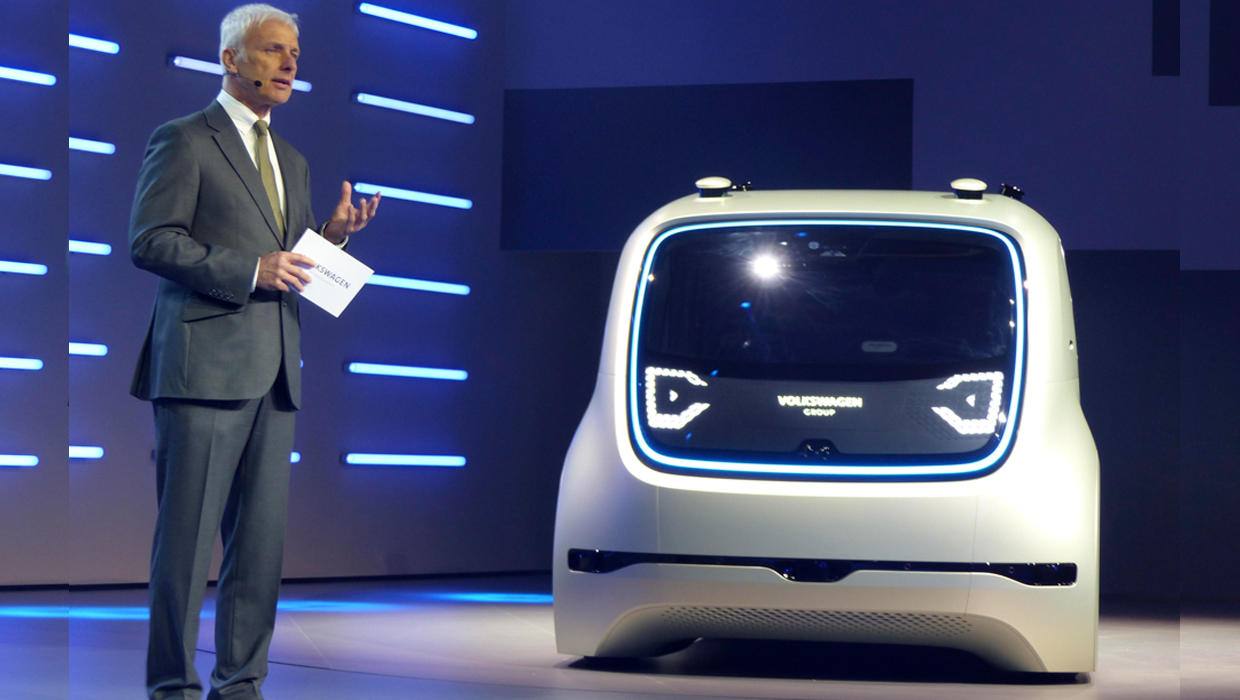 GENEVA — Looking well beyond its past problems, Volkswagen is projecting off into the future with its self-driving concept car featuring technologies that could someday work their way into the German automaker’s brands like Audi, Bentley or Porsche.

Sedric is fully electric, connected and autonomous, and picks up passengers at the touch of a button. The vehicle looks like a futuristic travel pod: No steering wheel, pedals or controls.

Last month, Volkswagen agreed to pay at least $1.2 billion in buybacks and compensation to settle claims from U.S. owners of cars with larger diesel engines rigged to cheat on those tests.

With VW’s family set to roll out 60 new vehicles this year, Mueller said Sedric was part of a study aiming to show “how a new, integrated mobility system of the future could function.”

The Wolfsburg-based company says it plans to launch more than 30 purely battery-powered vehicles by 2025, and “battery technology, autonomous driving and artificial intelligence will become new core competences” for VW.