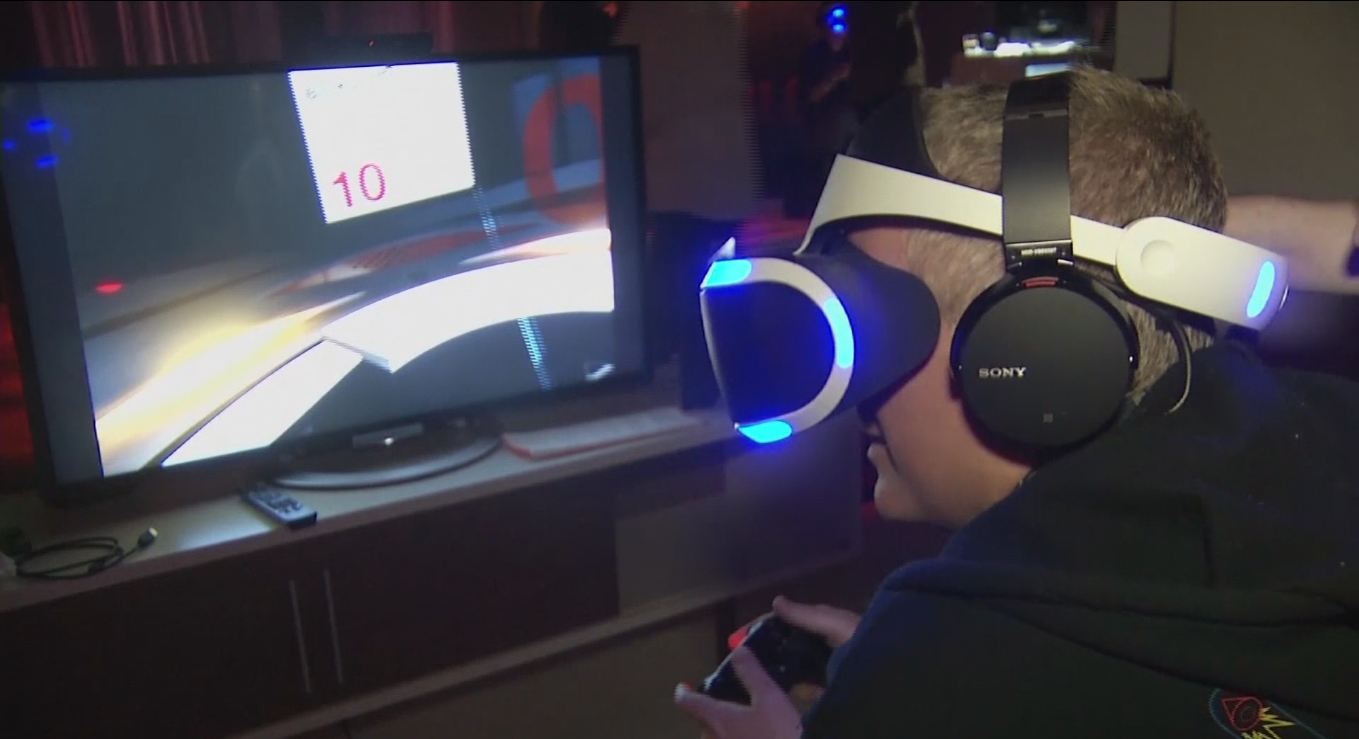 Inside a small office at Stanford University, Professor Jeremy Bailenson has the ability to make your wildest dreams a reality.

"You can grow a third arm, you can travel the world, you can go to the bottom of the ocean," Bailenson said. "And the possibility to do things we could imagine previously, is really neat."

It's called the Virtual Human Interaction Lab and it's become a must-see for Silicon Valley titans - like Facebook's Mark Zuckerberg - looking to get into the booming virtual reality market.

Put on the goggles and you'll find yourself in a virtual replica of Bailenson's lab that takes you anywhere, reports CBS News correspondent John Blackstone.

"Virtual reality is not a media experience. When it's done well, it's an actual experience," Bailenson said. "In general, our findings show that VR causes more behavior change, causes more engagement, causes more influence than other types of traditional media."

While trying it himself, Blackstone virtually learned new skills, like blocking hockey pucks and training his body to react quickly during an earthquake. But the teaching can also go much deeper. The technology can also transform your gender and race. Bailenson's research has shown this exercise in empathy can actually change the way people act toward others.

"Becoming someone else in virtual reality and experiencing this trauma first hand in general causes a reduction in prejudice compared to the typical way that we try to address this..." Bailenson said.

"Virtual reality is consuming. You put it on, you're there. It's really intense and you actually feel like you are there," Bailenson.

In fact, it's so intense that VR goggles are not recommended for children under 13 and users are encouraged to take breaks every 30 minutes.

"It's a powerful tool. That power of the experience doesn't come for free," Bailenson said. "In the wrong hands, technology can be good, it can be bad. Uranium can heat homes and it can destroy nations. And virtual reality is a medium - it's up to us to use it for good."

Bailenson has been studying virtual reality since 1999. This year, he is finally seeing it enter the consumer mainstream.

"It's a pretty special time to be doing virtual reality," Bailenson said.

"It's not virtually real. It's real," Blackstone joked.