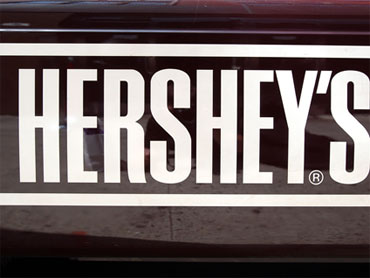 Hershey wants a judge to let it keep on making virtual chocolate milk.

The Pennsylvania chocolate maker filed a complaint earlier this summer asking a federal judge to decide whether an application it created for the iPhone and similar devices violates a copyright held by Las Vegas-based software developer Hottrix LLC.

The two companies are battling over respective iPhone apps that both involve making virtual chocolate milk.

Hottrix filed a counterclaim Monday saying Hershey had improperly used its intellectual property, costing it more than $12 million in lost profits and damage to its brand. It said the Hershey app "dilutes the market and serves to destroy the distinctiveness of Hottrix' copyrighted works."

6 things to do with your old iPhone

Poachers have a new target in southeast Asia

Hershey's legal filing says the app it launched in October is much different, including its use of a red and white straw to "drain" milk from the phone screen.