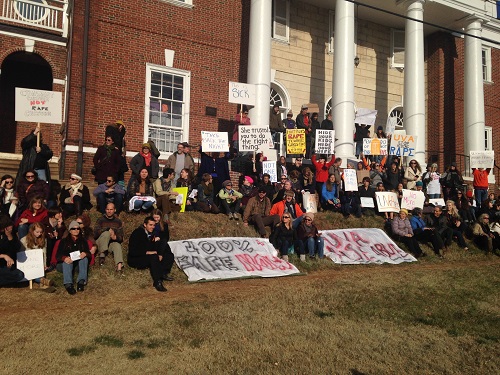 Virginia Attorney General Mark Herring announced Tuesday that he has appointed the law firm O'Melveny & Myers to serve as independent counsel for the University of Virginia (UVA) Board of Visitors and investigate how the university handles campus sexual violence.

UVA has come under fire in the wake of a Rolling Stone magazine article that detailed the brutal gang rape of an 18-year old freshman at a Phi Kappa Psi fraternity party in 2012 and the school's response to the case.

"The University of Virginia community and all Virginians have been stunned by the horrific story Rolling Stone brought to light, as well as the apparent inadequacy of the University's response to this and other past reports of sexual violence," Virginia Attorney General Mark Herring said in a statement. "Charlottesville Police have been asked to handle any criminal investigations into this specific attack, but all other aspects of campus sexual violence, including how school officials handled this case, will be thoroughly and independently scrutinized."

"I have made it clear this will be an aggressive and consequential investigation and review. The safety of our students is too important to accept anything less than a full accounting of what happened and bold ideas to ensure that no student suffers the unimaginable trauma of sexual violence or the injustice of an inadequate institutional response," he added.

CBS News Correspondent Julianna Goldman reports that the elite university has expelled more than 100 students over the last 15 years for violations of its strict honor code, including lying, cheating and stealing. Not a single student has been expelled for rape.

University President Teresa Sullivan has called the allegations "appalling" and pledged to meet with student advocacy groups. UVA is one more than 80 schools under federal investigation for sexual assault violations.