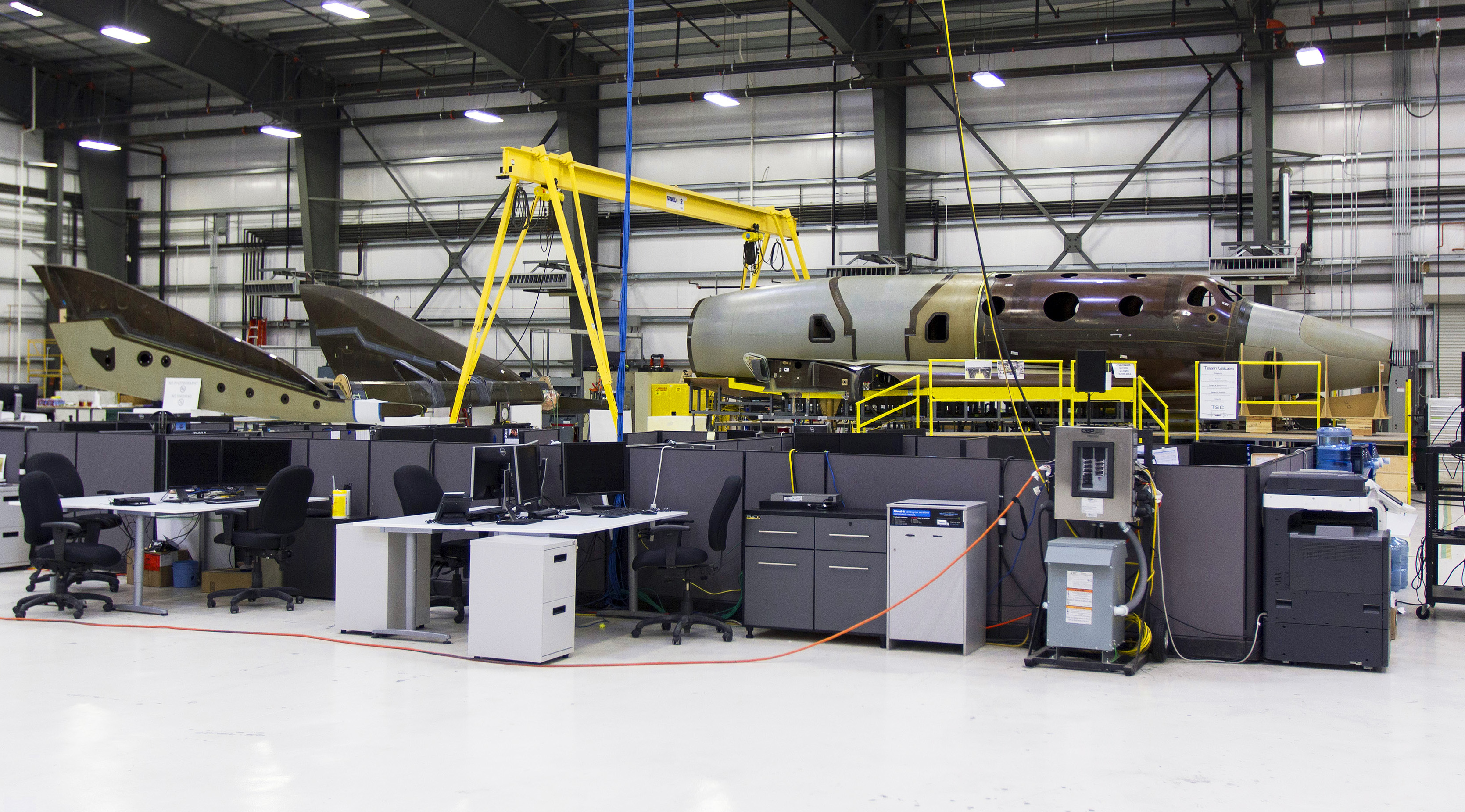 ALBUQUERQUE, N.M. -- The space tourism company that suffered a tragic setback when its experimental rocket-powered spaceship broke apart over the California desert could resume test flights as early as next summer if it can finish building a replacement craft, its CEO says.

The sleek composite shell and tail section of the new craft are sitting inside the company's manufacturing facility in Mojave, California.

After more than two years of work, it's beginning to look like a spaceship, but Virgin Galactic CEO George Whitesides said there's much more to be done, from relatively simple things such as installing windows to the more complex fitting of flight controls and other wiring.

The ship - dubbed SpaceShipTwo Serial No. 2 - will replace one that was destroyed last week after its feathering system that controls descent deployed prematurely and aerodynamic forces ripped it apart, killing the co-pilot and seriously injuring the pilot.

In the wake of the accident, workers have focused on building the new ship.

"That's provided some solace to all of us, and I think there's sort of a therapeutic benefit to folks to be able to put their energies into constructive work," Whitesides told The Associated Press in a telephone interview Wednesday.

He said the company will be able to continue flying its mother ship - the much larger jet-powered plane that launches the rocket ship at high altitudes - while federal investigators look into the cause of the deadly crash with the cooperation of the company.

It's possible that test flights for the next spaceship could begin within six months, before the investigation is expected to conclude, Whitesides said.

Scaled Composites, which is developing the spacecraft for Virgin Galactic, has an experimental permit from the Federal Aviation Administration to test the crafts. Just last month, the company had received approval from the agency to resume rocket-powered flights.

When the new ship is ready next year, the FAA said it will conduct a more extensive review to ensure whatever caused last week's mishap has been addressed before allowing test flights to resume.

On-board video and other evidence collected from the crash site suggest that SpaceShipTwo's twin tail booms, known as "feathers," deployed prematurely. The feathering system is supposed to be used during atmospheric reentry to slow the craft down. However, investigators say it is too soon to draw conclusions about the cause of the accident.

"We still have months and months of investigation, there's a lot that we don't know," Christopher Hart, acting chairman of the National Transportation Safety Board, told reporters Sunday.

Speculation continues about how far the accident will push back the day when Virgin Galactic's paying customers can routinely rocket dozens of miles from a $219 million spaceport in the New Mexico desert toward the edge of space for a fleeting feeling of weightlessness and a breathtaking view.

Whitesides said the accident has been tough on many levels, but he refused to see it as a roadblock and said the company does not have to start from scratch.

"There was no question it was a tragic setback, but it's one from which we can recover," he said. "With Serial No. 2, we'll be putting a stronger, even better ship into initial commercial service and I think we'll be able to get back into test flights soon and carry forward."

Virgin Galactic has hopes of one day being able to manufacture at least one new ship a year. It envisions flights with six passengers climbing more than 62 miles above Earth.

Seats sell for $250,000 and the company says it has booked passengers including Justin Bieber, Ashton Kutcher and Russell Brand. A few more passengers signed on this week, Whitesides said.

Virgin Galactic will be the anchor tenant at the taxpayer-financed Spaceport America in southern New Mexico. Before the accident, the company planned to begin moving operations to New Mexico early next year.

Whitesides reiterated his commitment to New Mexico but acknowledged the company was still considering its new timeline.