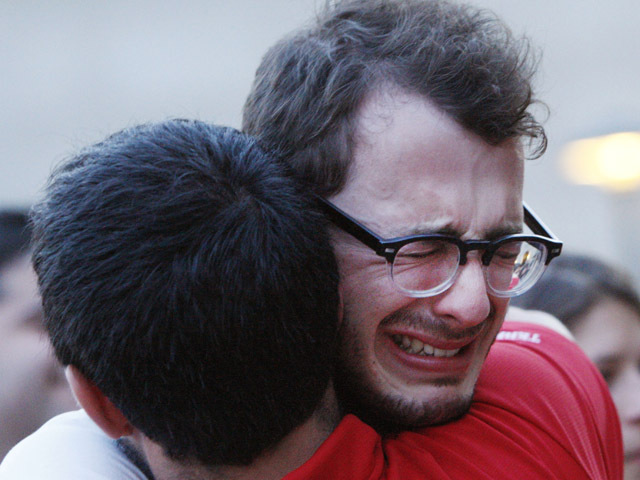 (AP) BOSTON - Hundreds of Boston University students have held a candlelight vigil for three classmates killed in a minivan crash in New Zealand, where they were studying.

Junior Tori Pinheiro says her boyfriend, Austin Brashears, was among those who died in the Saturday morning accident. She cried at the Boston vigil as she recalled how friendly he was and how much she loved him.

She says he recently had left her a voicemail saying he missed her and she has been playing it repeatedly.

Brashears was from Huntington Beach, Calif. The university says the other students killed were Daniela Lekhno, of Manalapan, N.J., and Roch Jauberty, whose parents live in Paris.

New Zealand police say the students were traveling near a North Island vacation town when their minivan drifted to the side of the road and then rolled over.