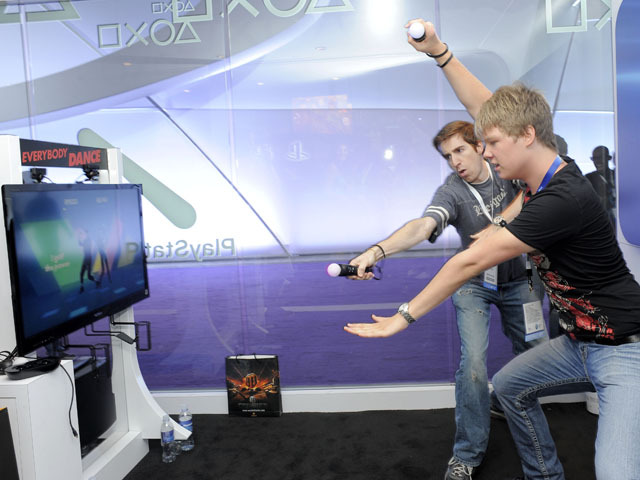 Video games may soon join the ranks of yoga and meditation as sources of calm and compassion, according to a new study that finds video games can have many psychological benefits.

"Our research shows that playing relaxing video games puts people in a better mood," said Brad Bushman, a professor of communication and psychology at Ohio State University and co-author of the study.

"These games don't only have a positive effect on the person who plays them -- the effect reaches other people too because people who are in a good mood state are more willing to help others."

Although Bushman has long studied the link between violent games and aggressive behavior, this is his first foray into the effects of relaxing video games because, he said, this type of game simply didn't exist before.

"Only recently have games focused on calming people down," Bushman said. "There's a new market for this which you see across the board. For example, for years we've had plenty of energy drinks to energize, but now we also have drinks to calm you down."

One game that caters to this market of calm is "Endless Oceans" for the Nintendo Wii, in which players explore a non-threatening ocean environment of exotic marine animals and deep-sea treasures. The Ohio researchers found that players of this type of game became more calm and considerate during the game.

For two experiments more than 100 college students were randomly assigned to play a video game that was either relaxing (such as "Endless Oceans"), neutral (such as "Wii Sports Resort") or violent (such as "Resident Evil"). Students had previously rated all these games as being equally enjoyable and exciting to play.

During the first experiment, participants were asked to compete against another player -- who did not actually exist -- in pushing a button as quickly as possible. The winner would be awarded a small financial sum; the loser would be punished with a brief noise blast. Before each trial, participants could determine how much their competitors would receive if they won, and how strong a noise blast they would receive if they lost.

"Those people who had played violent games punished their partners the most and rewarded them the least," Bushman said. "Those who had played relaxing games gave the lowest levels of noise and most amount of money."

For a second experiment, participants rated how strongly they felt various emotional states (such as pride, love, happiness, anger) after they had played their respective video games (relaxing, neutral or violent). Then, their experimenter told them their study was over, but that he would welcome their help sharpening pencils.

"Sharpening pencils is a pretty boring task, but people who did relaxing games were willing to help in their free time," Bushman said. Playing relaxing games both increased players' positive mood states and their willingness to help others.

"These results are very encouraging," Bushman said. "For example, as a parent, if you want children to relax and be more cooperative with siblings and more helpful, it's much more useful to have them play relaxing games than violent ones. Maybe even they'll sleep better at night."

The research will be detailed in an upcoming issue of the journal Social Psychological and Personality Science.