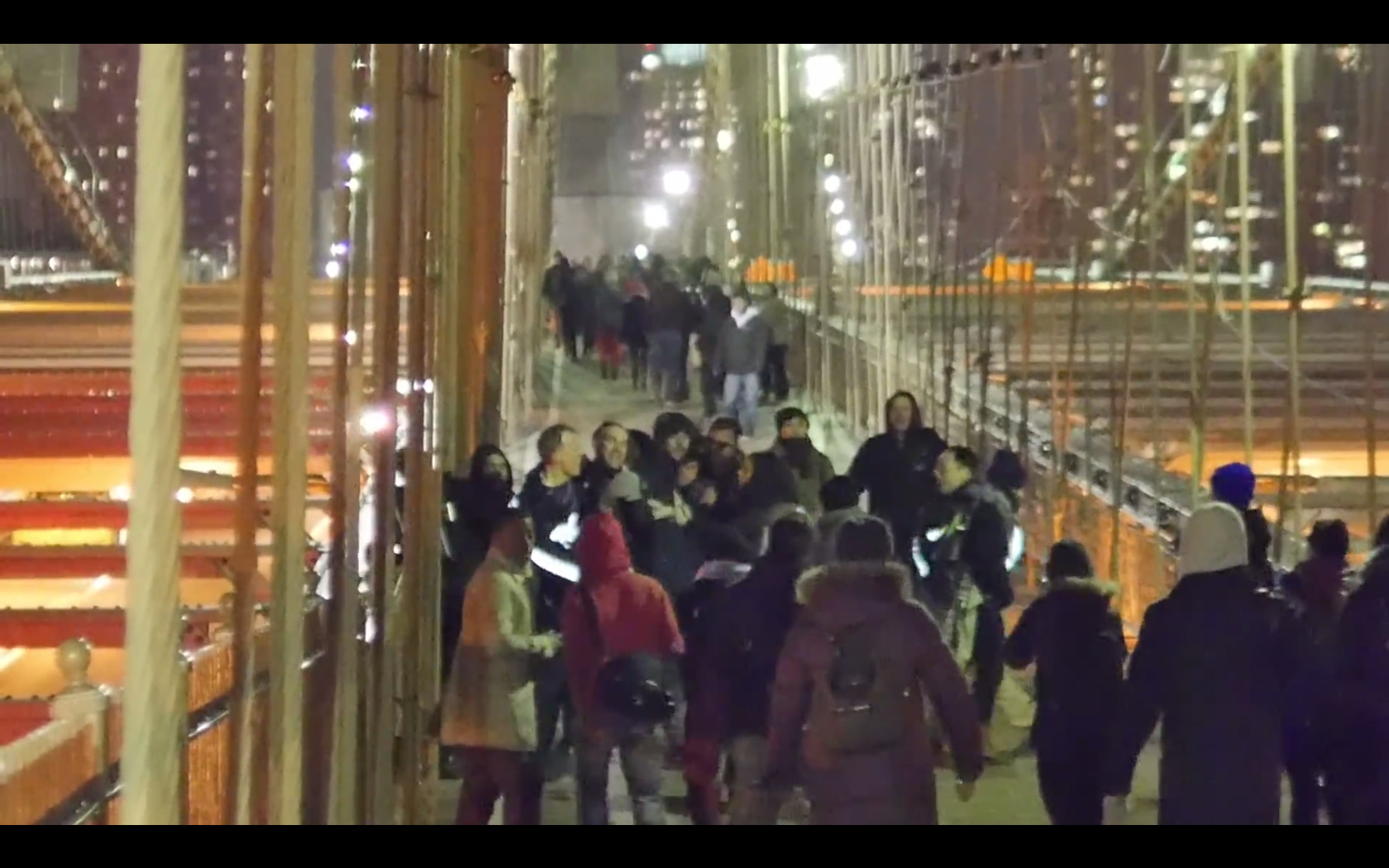 NEW YORK -- A video posted on YouTube is now a key piece of evidence in a reported assault against two police lieutenants on the Brooklyn Bridge, according to CBS New York.

On Saturday night, authorities told reporters that two police officers saw a man attempting to throw a garbage can and stepped in to make an arrest. The officers were then reportedly assaulted -- kicked in the face and head -- by numerous protesters.

Tuesday afternoon, the NYPD issued a poster with the pictures of seven suspects they say they are seeking, four male and three female. Police also announced a $12,000 reward in the case.

Authorities say it all began when college professor Eric Linsker, 29, tried to throw a metal garbage can over the bridge railing, according to CBS New York. As the men stepped in to arrest Linsker, three men and three women reportedly charged at them before running away.

"It's a two minute period that goes by where there are individuals punching and kicking our two lieutenants," NYPD Chief of Detectives William Aubry told CBS New York. "Linsker clearly is resisting and there is video evidence that he does throw a punch."

Chan suffered a broken nose and both police officers had bruising all over their bodies, officials say.

Linsker was arrested early Sunday morning and charged with numerous crimes -- including assault, rioting, criminal possession of a weapon, resisting arrest and unlawful possession of marijuana.

Police plan to release clearer pictures of the six new suspects, and will announce a reward for any information leading to an arrest, CBS New York reported.

"We do not take attacks on our police officers lightly -- never have, never will," Police Commissioner Bill Bratton told reporters.