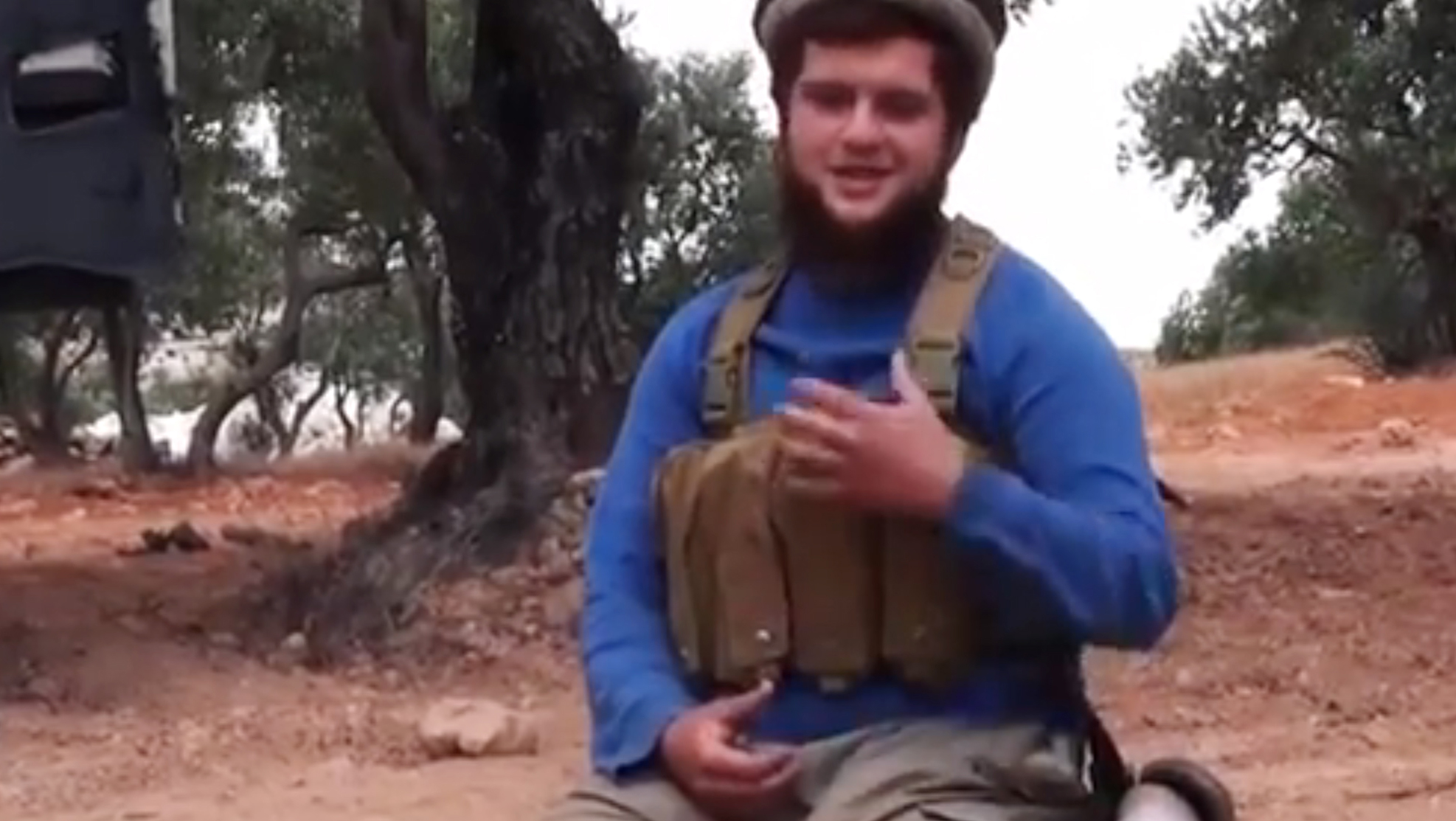 BEIRUT - An al Qaeda-linked group fighting in Syria has released video of the first American to carry out a suicide attack in the country's civil war, showing him smiling and saying he looked forward to going to heaven.

The Nusra Front released the new video late Friday showing American citizen Moner Mohammad Abu-Salha, 22, with other fighters before the May 25 attack that targeted several army positions at the same time. It said two of the other three suicide attackers in the assault in the government-held northwestern city of Idlib were from foreign countries, including one who was identified as being from the Maldives.

Abu-Salha appears smiling in the video and speaks in broken Arabic.

"I want to rest in the afterlife, in heaven. There is nothing here and the heart is not resting," Abu-Salha says. "Heaven is better. When people die they either go to heaven or hell. There is happiness beyond explanation."

The video, released by Nusra Front's media arm, al-Manara al-Baydha, was posted on jihadi websites. It corresponded with Associated Press reporting about the attack and Abu-Salha.

Opposition forces previously identified the American who carried out the bombing as Abu Hurayra al-Amriki and said he was a U.S. citizen. The name al-Amriki means "the American" in Arabic.

It's unknown how many people were killed in the bombing. Opposition rebels with the Nusra Front said Abu-Salha's truck was laden with 16 tons of explosives to tear down the al-Fanar restaurant, a gathering site for Syrian troops. The other suicide attackers targeted nearby army positions.

Abu-Salha grew up in Florida and attended several colleges before dropping out and moving abroad.

Thousands of foreign fighters have come to Syria from around the world to fight against President Bashar Assad's forces after the uprising against his government began three years ago.

The war, which began in 2011, has since taken on strong sectarian overtones, pitting a Sunni-led insurgency that includes al-Qaida-inspired extremist groups against a government dominated by Assad's minority Alawite sect, an offshoot of Shiite Islam.

Syria's uprising began with peaceful protests in March 2011 but escalated into an armed revolt when government forces launched a sweeping crackdown on dissent. The conflict has killed at least 170,000 people, nearly a third of them civilians, according to activists. Nearly 3 million Syrians have fled the country.

On Saturday, a car bomb exploded in a northern Syrian town near the Turkish border, killing and wounding a number of people.

The Aleppo Media Center said the car bomb exploded in a vegetable market in the town of Azaz. The Britain-based Syrian Observatory for Human Rights said the car blew up near a gas station in Azaz. The Observatory said the blast killed at least four people and wounded several others while the AMC said it killed and wounded a number of people without offering specific figures.

The Observatory also said a missile shot down the helicopter Friday night over a neighborhood of Aleppo known as Camp Nairab. Camp Nairab is adjacent to the Nairab military airport southeast of the city, where government aircraft take off to carry out attacks in northern Syria.

Assad's forces use helicopters to drop barrel bombs - crude explosives that have killed thousands of people and caused widespread destruction, especially in Aleppo.

Aleppo, once Syria's commercial capital, has seen heavy fighting since rebels seized part of the city in 2012.

The Observatory also reported Saturday that the number of soldiers killed over the past few days in a northern military base in Raqqa that was overrun by the extremist Islamic State group has risen to 85. It said the fate of 200 other soldiers is still unknown.

The monitoring group, which relies on a network of activists inside the country, said Islamic State fighters have executed and paraded the bodies of "tens" of soldiers in Raqqa, the only provincial capital in rebel hands.

Amateur videos posted online by activists showed more than a dozen beheaded bodies in a busy square said to be in Raqqa. Some of the heads were placed on a nearby fence, where at least two headless bodies were crucified. The video appeared genuine and corresponded to other AP reporting of the events.