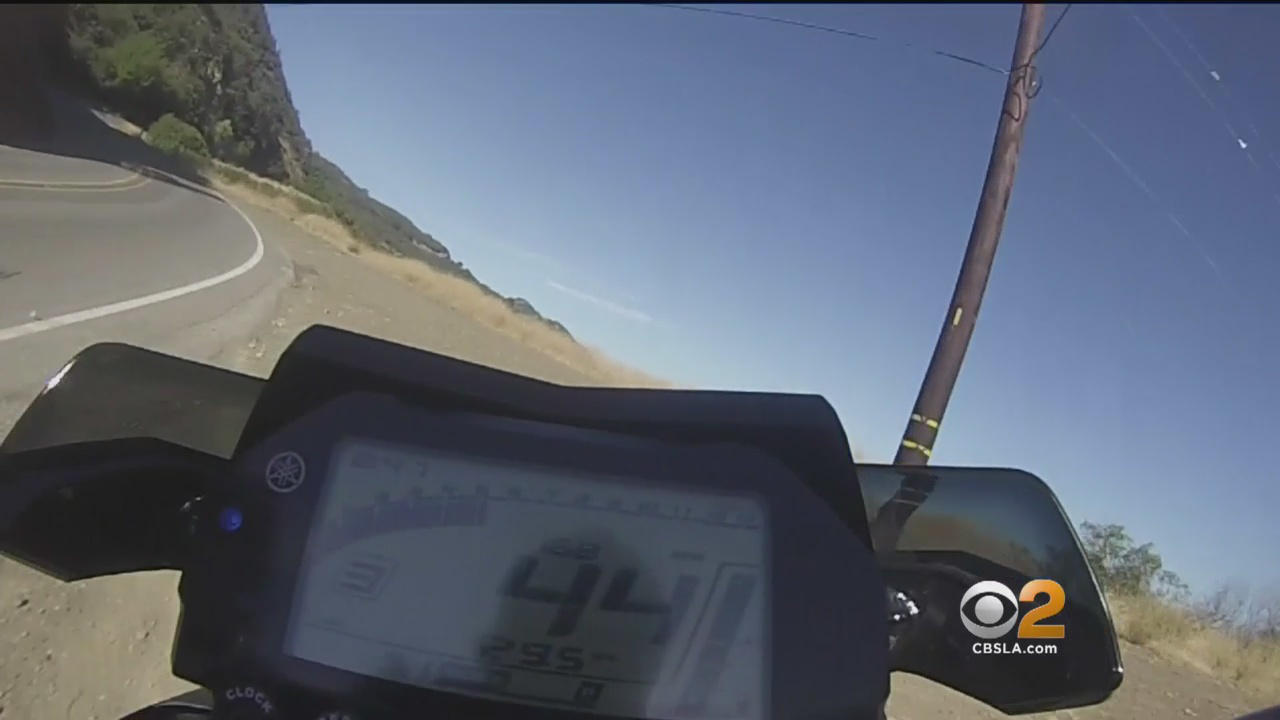 CALABASAS, Calif. -- A motorcyclist plunged 250 feet off a cliff in California and survived, capturing the crash and the aftermath on a GoPro camera attached to his vehicle.

Matthew Murray, 27, was driving through the Santa Monica mountains in Calabasas, California, when he veered off the road and flew off the side of the mountain into a ravine.

"It processed immediately in my head that, you're going to die," Murray told CBS Los Angeles.

In the video, there is almost a minute and half of silence before Murray makes a noise. Murray yelled for help, but there was little chance he would be found in the remote ravine.

He said he wasn't able to walk downhill to reach his motorcycle and retrieve his phone to call 911. He started to walk up the hill toward the road and went into shock halfway up.

When he made it to the road, Murray flagged down a driver and asked him to call 911.

Murray said an officer from the California Highway Patrol gave him a video he shot on the scene.

"There's your bike and that's where you landed, 250 feet down there," the officer said. "The last guy I saw come out of here was in a basket and got a helicopter ride."

"They just said people have to fight or flight, or whatever it is, and I just decided to fight," Murray said. "Honestly, my legs were done so I just kind of crawled up, and once I made it to the top I just collapsed."

Murray said the bike's steering locked up and caused him to lose control.

"I was only doing, like, 40 miles per hour and I went to lean into this turn and this bike would not let lean," Murray said.

After six years on a bike, Murray has given up riding for good.