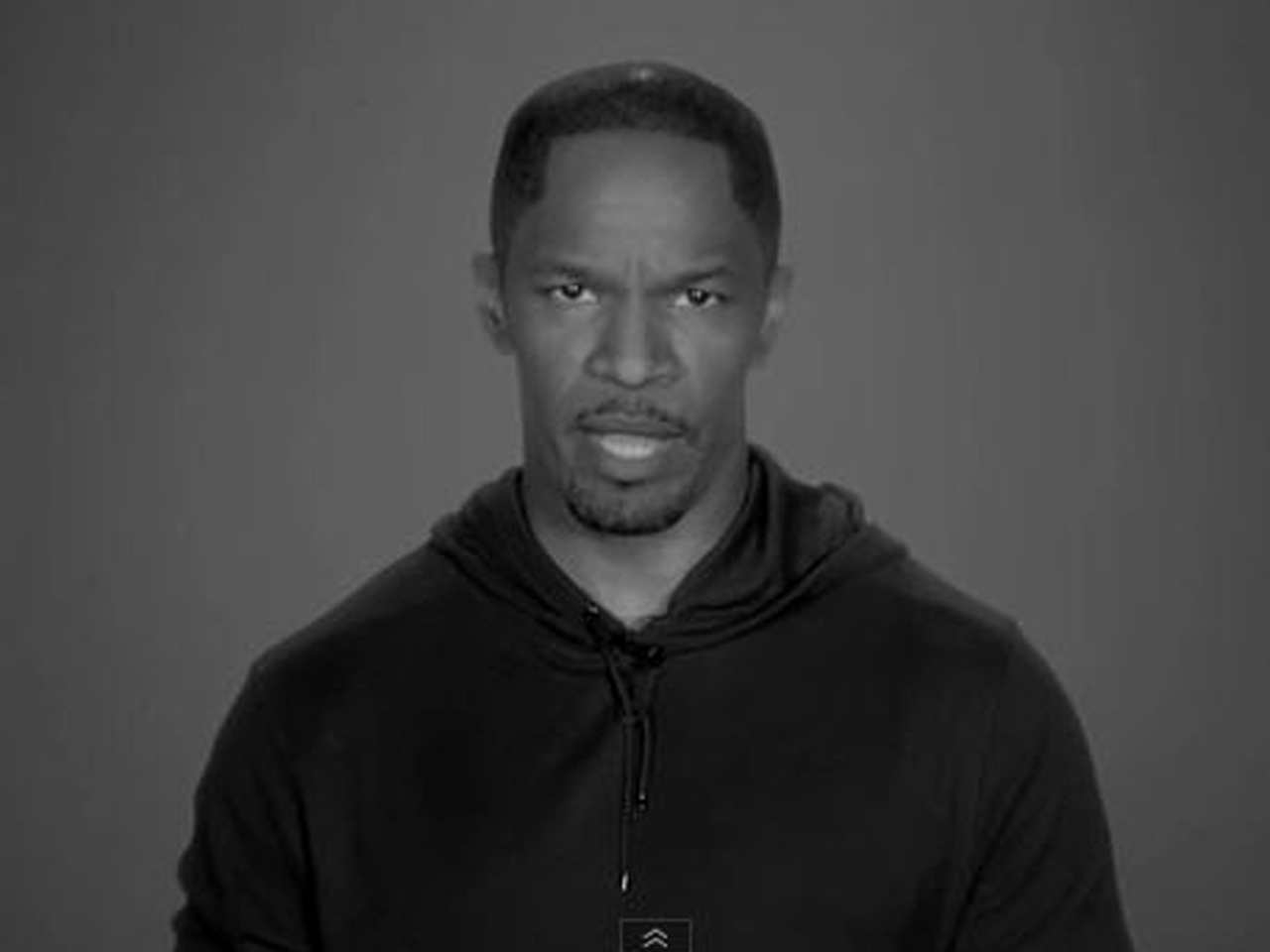 In the wake of the Newtown tragedy, the debate over gun control and gun violence has raged. In the midst of this debate, many (but not all) celebrities have raised their voices in favor of stricter gun-control laws. As is often the case when a celebrity dips their toes in politics, outrage and mockery has ensued.

After the Newtown tragedy, celebrities like Beyonce and Jon Hamm filmed a PSA (at left) calling for stricter gun control measures as part of the "Demand a Plan" campaign from Mayors Against Illegal Guns Coalition, which also includes familes of victims from the Aurora, Tucson and Virginia Tech tragedies.

In the video, celebrities cite the names of the numerous recent mass shootings, then ask "How many more?" They then ask the public to "demand a plan" from "our leaders" to do something about gun violence.

In response to the video, YouTube user "ma5one" uploaded a mashup of the PSA campaign, in which he (or she) juxtaposed scenes of violent film or television roles of the celebrities right after their part in the original campaign. The idea appears to be to point out the hypocrisy of celebrities calling for gun control while using violent, gun-fueled images to advance their careers.

Giving credit to the YouTube user "Mike Hunt," "ma5one" wrote that the video is about "Hypocrite celebrities and their anti-gun agenda."

In response to a comment on the video, Hunt wrote: "money and fame > principle." In the description section of a "clean" version of the video (above), "Mike Hunt" wrote: "They supported a mass murderer and war criminal for high office (see Obama's drone policy) and profit from a culture of violence that they now protest against. Riiiigggghhhhttt..."

The Daily News called "ma5one" a "gun rights activist," but does not provide much other information on him or her.

The video has taken off in popularity, receiving more than 500,000 views on ma5one's version alone, as well as tens of thousands more on other uploaded versions.

Hollywood has been sensitive to the link between glorified violence on screen and real-life tragedies like the Aurora shooting and Newtown. Most celebrities say the blame lies squarely on the mentally ill perpetrators of the crimes.

Jamie Foxx, however, who is featured in both the "Demand a Plan" original and mashup videos, and who has been a particular lightening rod for the debate after his starring role in the violent "Django Unchained" movie, feels differently.

"We cannot turn our back and say that violence in films or anything that we do doesn't have a sort of influence," Foxx said in a recent interview. "It does."