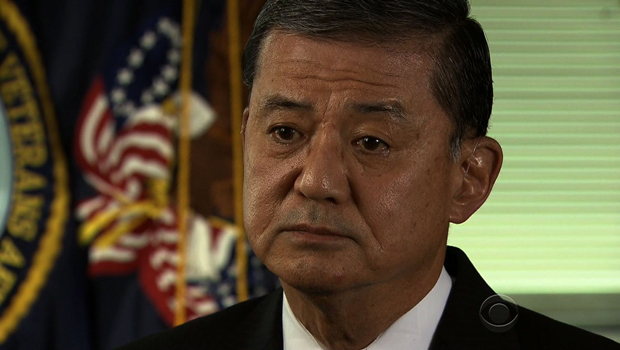 Embattled Veterans Affairs (VA) Secretary Eric Shinseki is directing his agency to complete a nationwide review of clinics at VA Medical Centers across the country to assess veterans' access to care.

"At VA, our most important mission is to make sure Veterans know VA is here to care for them and provide the high quality care and benefits they have earned and deserve," VA spokesman Drew Brookie said in a statement Thursday. "The purpose of this review is to ensure a full understanding of VA's policy and continued integrity in managing patient access to care. As part of the review during the next several weeks, a national face-to-face audit will be conducted at all clinics for every VA Medical Center."

The VA says that Shinseki ordered the review before members of Congress began to call for it. The review is intended to determine whether all VA facilities are following the agency's existing scheduling policies correctly.

Shinseki has come under fire in the wake of reports that at least 40 veterans died while waiting for care at the Phoenix Veterans Affairs Health Care system, which worked to cover up the long wait times by creating a secret waiting list and later destroying the evidence. A handful of top Republicansenators have demanded both an investigation and Shinseki's resignation.

"The president needs to find a new leader to lead this organization out of the wilderness, and back to providing the service that our veterans deserve," Sen. John Cornyn, the Senate's second-highest ranking Republican, said this week. The American Legion, which is the nation's largest veterans group, and Concerned Veterans for America have also said he should step down.

Despite some calls for him to step down, Shinseki found a supporter in House Speaker John Boehner, R-Ohio, Thursday morning when he told reporters he was "not ready to joint he chorus" of people calling for the VA head's resignation.

"The problems at the VA are systemic: It's the backlog; It's the preventable deaths that have occurred within their system. There is a systemic management issue that has occurred throughout the VA that needs to be addressed. And I don't believe that just changing someone at the top is actually going to get the solutions that many of us are looking for," Boehner said.

He noted that the House is separately working on an accountability bill for the agency that would allow the secretary more discretion in firing underperforming managers.

Rep. Jeff Miller, R-Fla., who chairs the House Committee on Veterans' Affairs, has also said he will wait for an inspector general report from the agency until calling for any personnel changes.

Shinseki himself told CBS News' Wyatt Andrews Wednesday he plans to stay in the job, and that he will get to the bottom of the scandal.

"I take every one of these incidents and allegations seriously, and we're going to go and investigate," Shinseki said. "All of this makes me angry. Whenever we have allegations like this, even until they are founded - I didn't come here to watch things happen this way. I came here to make things better."