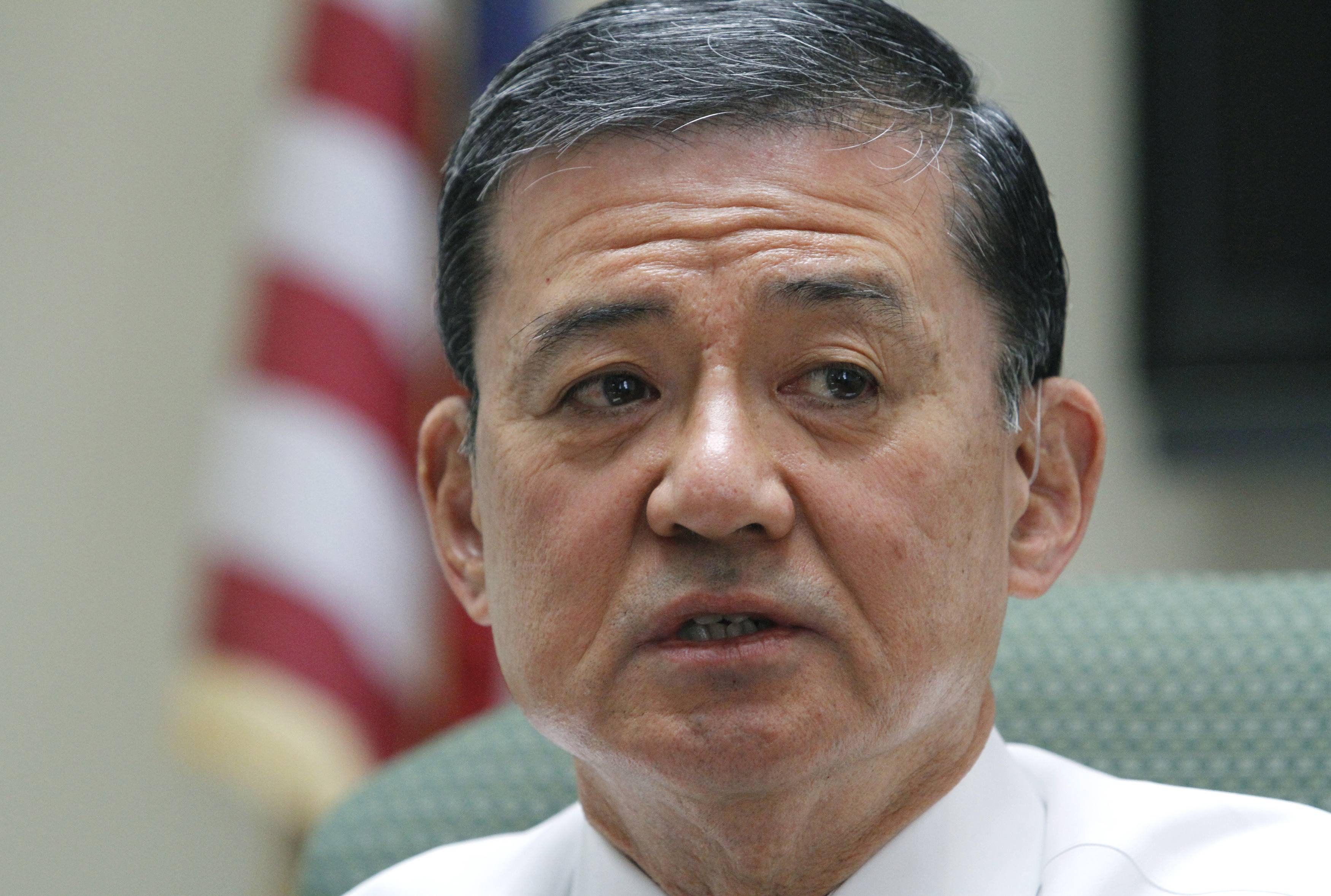 Two Senate Republicans have called on Veterans Affairs Secretary Eric Shinseki to resign in the wake of reports that at least 40 veterans died while waiting for care at the Phoenix Veterans Affairs Health Care system , which worked to cover up the long wait times by creating a secret waiting list an later destroying the evidence.

The two senators, Republicans John Cornyn of Texas and Jerry Moran of Kansas, echoed the call from two major veterans groups. The American Legion, which is the nation's largest veterans group, and Concerned Veterans for America, have both said Shinseki should step down.

"The president needs to find a new leader to lead this organization out of the wilderness, and back to providing the service that our veterans deserve," Cornyn told reporters Tuesday. He also called on Senate Majority Leader Harry Reid, D-Nev., to investigate the issue with emergency committee hearings.

"Today, I am demanding accountability and true transformation within the VA system and its culture from top to bottom and all across the country. Secretary Shinseki seemingly is unable or unwilling to do so and change must be made at the top," Moran said on the Senate floor Tuesday.

Democrats, so far, have not been overly critical Shinseki, who has served in President Obama's Cabinet since in 2009. White House Press Secretary Jay Carney said Tuesday that the president "remains confident in Secretary Shinseki's ability to lead the department."

Reid also called Shinseki "a fine man" and said the troubles at the Phoenix hosipital are still merely allegations.

Biden says monkeypox cases something to "be concerned about"
Rebecca Kaplan