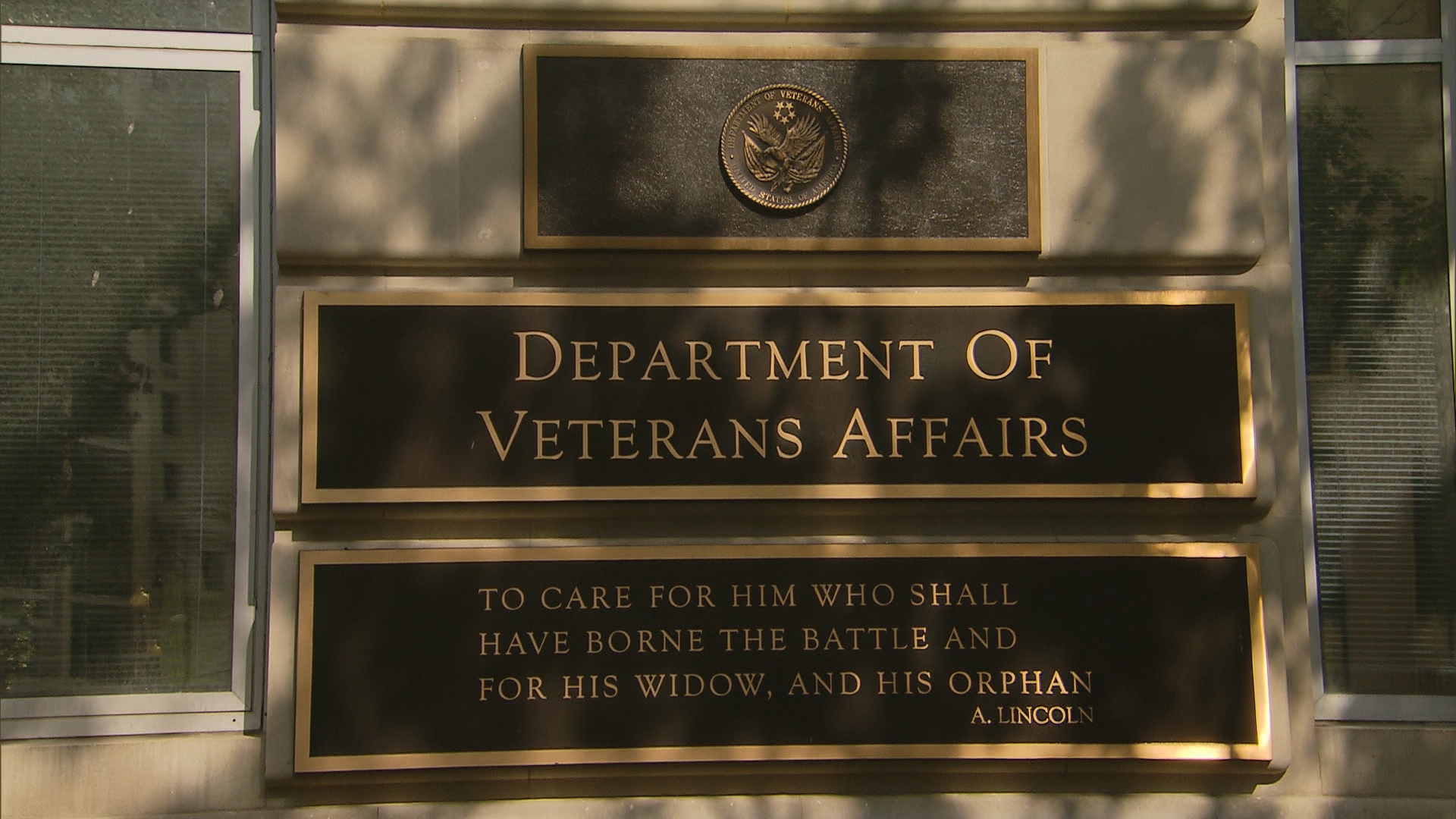 The Veterans Benefits Administration provides $95 billion of entitlements each year to veterans, including disability money, pensions to vets and their surviving spouses and death benefits -- even American flags at veterans' funerals.

But a CBS News investigation has found widespread mismanagement of claims, resulting in veterans being denied the benefits they earned, and many even dying before they get an answer from the VA, reports CBS News correspondent Wyatt Andrews.

The problems at the Veteran Benefits Administration have been uncovered in the wake of last summer's scandal at a Phoenix VA hospital, that rocked the Department of Veterans Affairs.

It's dated July 29, 2014, and thanks Dorrie's husband Wayne -- an Army veteran -- for the disability claim he filed in July of 2004. The decade-long delay is just one problem; the other is that Wayne died in an accident seven years ago, without hearing a word from the VA.

"It upsets me," Dorrie said. "Why would you suddenly, after all these years, send a letter to a dead man?"

Five whistleblowers at the Oakland, California, Veterans Benefits office told CBS News that Stafford's claim is one of more than 13,000 informal claims filed between 1996 and 2009 that ended up stashed in a file cabinet and ignored until 2012.

Informal claims are letters from veterans expressing a desire to apply for benefits, and by law, the VA must respond with an application.

"We were getting letters from elderly veterans and from widows who were literally at the end of their life, begging for help," Rustyann Brown said.

She was part of a team finally assigned to process those claims two years ago and the job began, she said, with a disturbing discovery.

"Half of the veterans were dead that I screened. So almost every other piece of paper that I touched was a veteran who had already passed away," Brown said.

She said that means they died waiting for their first answer from the VA.

But whether the veteran was dead or still alive, brown said VA supervisors in Oakland ordered her team to mark the claims "no action necessary" and to toss them aside. Whistleblowers said that was illegal.

"The VA didn't help them. The VA didn't care about them. They took them, they put them in a file, and they stuffed them away," Brown said.

When she raised her concerns, she said she was taken off the project. Then, this past summer, Brown and former VA employee Tony Silviero found a cart full of these same claims, ignored, yet again.

She said that was just a few months ago.

Last week, the VA inspector general confirmed that because of, "poor record keeping" In Oakland, "veterans did not receive... benefits to which they may have been entitled." How many veterans is not known, because thousands of records were missing when inspectors arrived.

Lost claims and missing records are a problem nationwide. In the last year, the inspector general has found serious issues in at least six VA benefits offices, including unprocessed claims documents in Philadelphia, 9,500 records sitting on employees' desks in Baltimore and computer manipulation in Houston to make claims look completed when they were not.

Dorrie Stafford now lives with friends in the mountains of Northern California, in a home with no electricity.

"They owed him an answer," she said.

It's an example of what happens when the VA conceals a file. It doesn't just harm the veteran, it could also hurt the family. Typically a surviving spouse is offered an American flag, help with burial expenses or even a modest pension. But none of that happens if there's no file.

"I wasn't even aware there was widow benefits, I really wasn't," Dorrie said.

Even if it was a modest pension of $400 a month, she said it would help.

To the whistleblowers, the lost files also raise serious questions about whether the VA is accurately reporting the true number of disability claims it receives.

Brown said many of the claims she discovered never even made it into the official backlog, and that was a deliberate attempt to hide them -- to make sure they never even appeared in the system.

The VA declined CBS News' repeated interview requests. It did admit to widespread problems in the handling of claims, but blamed that on the transition from a mail based system to a new electronic system. The VA said in a statement, "..electronic claims processing [has] transformed mail management for compensation claims ... greatly minimizing any risk of delays due to lost or misplaced mail."

As for the backlog, the VA promised to fix any problem that comes to its attention. "For any deficiencies identified, steps are taken to appropriately process the documents and correct any deficiencies."

Veterans service organization Veteran Warriors, which advocates for veterans who are having difficulty with their claims, said in a statement: "Too many cases have come to light, wherein the VA leaders have destroyed, deleted, hidden and manipulated veterans claims - their very access to benefits and services - and NOT ONE OF THEM has been criminally charged. It is time for our nations' leaders to stop listening to the endless "lip service" of accountability and demand answers. If they do not get them, it is time for repercussions to be felt by those who obviously believe they are above the law and insulated from prosecution."