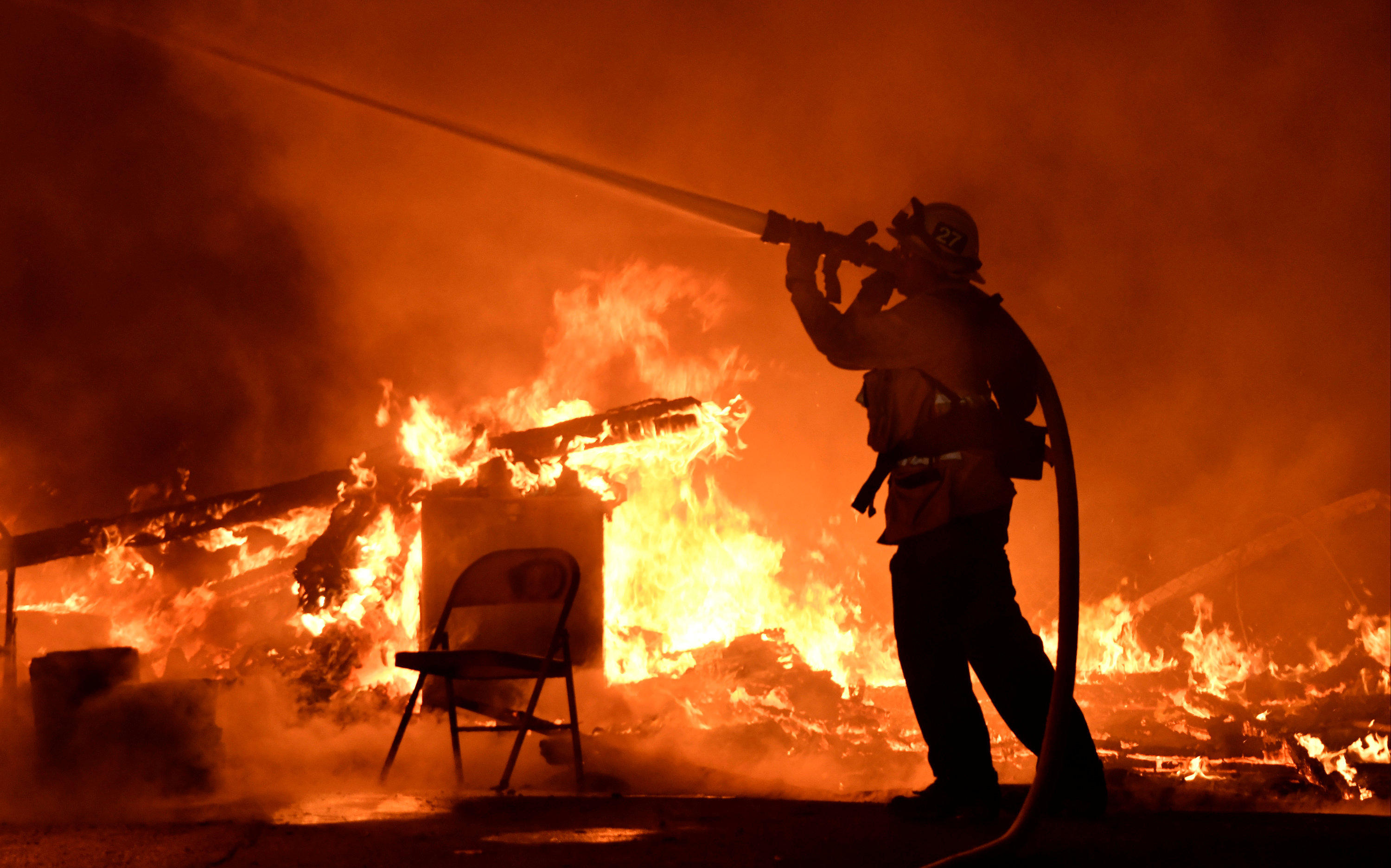 Another fire, the Creek Fire, erupted on the north edge of Los Angeles, threatening the Sylmar and Lakeview Terrace neighborhoods, where residents scrambled to get out. It was estimated at more than 6 square miles. About 2,500 homes were ordered evacuated.

At least 150 structures had burned so far in Ventura County, officials said. Officials did not immediately say what type of buildings burned, but TV reports showed homes in flames as well as Vista del Mar Hospital, a facility that treats patients with mental problems, chemical dependency and veterans with post-traumatic stress syndrome.

CBS News correspondent Jamie Yuccas reports that one of the structures was a 200-unit apartment building in Ventura, the county seat.

More than 27,000 people have been evacuated and one firefighter was injured in Ventura County. There was no word on the extent of the injuries. After initial reports of a fatality, county fire Capt. Steve Kaufmann said a dead dog but no person was found in an overturned car.

The winds were pushing the fire toward Santa Paula, a city of some 30,000 people about 60 miles northwest of Los Angeles. Many of the evacuated homes were in that city.

However, evacuation orders were expanded to houses in Ventura, which is 12 miles southwest and has 106,000 residents.

"The prospects for containment are not good," Lorenzen said before dawn. "Really, Mother Nature is going to decide."

Thomas Aquinas College, a school with about 350 students, has also been evacuated, with students going to their own homes or to those of faculty and staff, the college said in a statement.

The fires were being driven by Southern California's notorious gusty and dry Santa Ana winds, which have been linked to some of the region's worst wildfires.

Typical of fall, the Santa Anas are spawned by high pressure over the Great Basin that sends air flowing toward Southern California where it speeds up as it squeezes down through mountain passes and canyons and blows out toward the coast.

Wind speeds at some locations in Ventura County were well over 60 mph early Tuesday.

Nearly 180,000 customers in the Ventura County area were without power, Southern California Edison said on Twitter.

All schools in the Ventura Unified School District will be closed Tuesday.