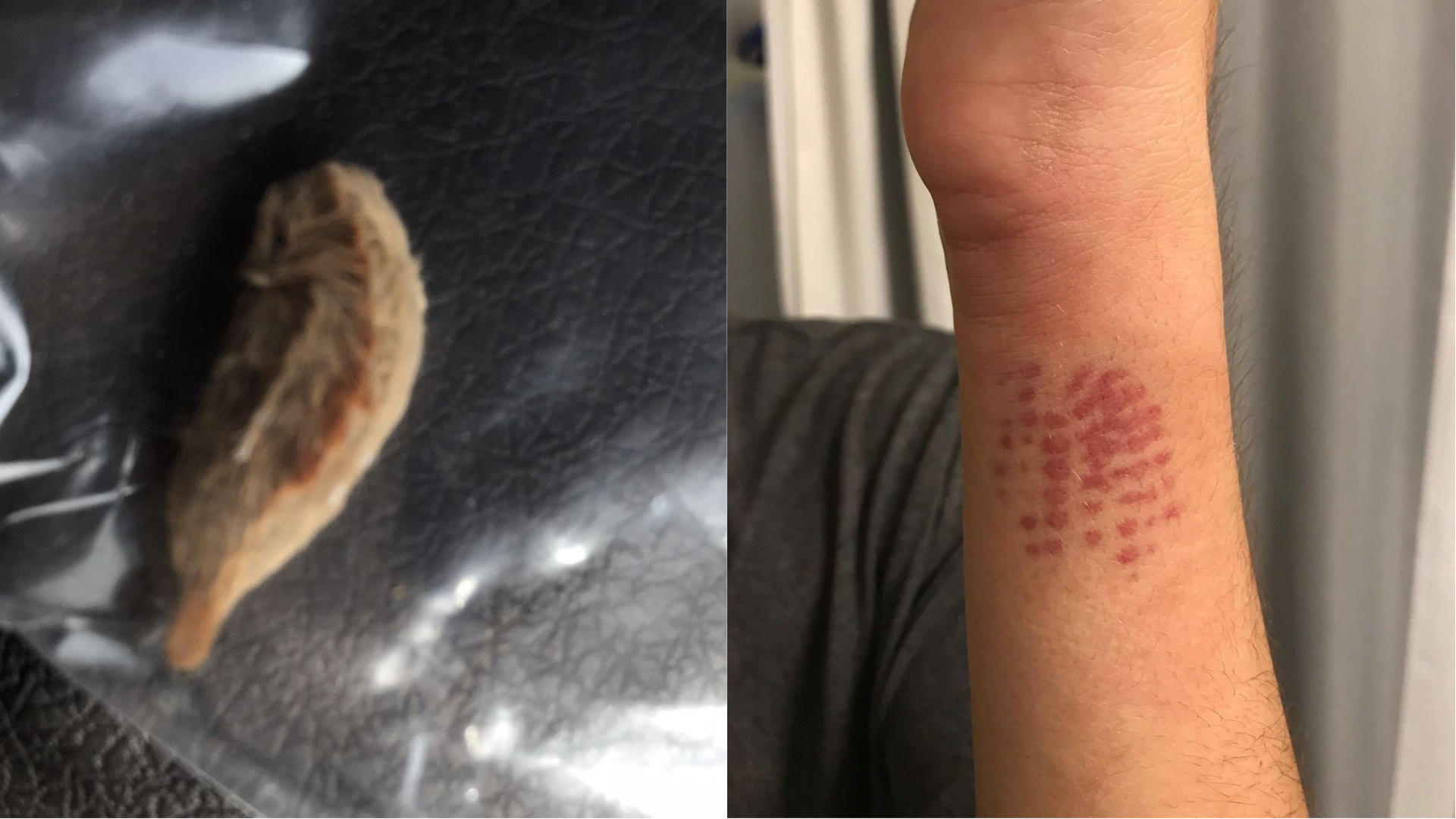 A teen in Land O'Lakes, Florida, experienced what his mom said was "the worst pain he ever felt" after coming in contact with a venomous caterpillar. Fifteen-year-old Logan Pergola was doing volunteer landscaping work with his family on Saturday, WFLA-TV reports.

His mom, Andrea Pergola, said Logan was picking up tree branches when his arm brushed up against the caterpillar. It wasn't the kind of harmless little bug that kids find on playgrounds; it was a southern flannel moth caterpillar, and it was dangerous.

"He instantly felt a sharp, stinging pain and his arm went numb. Within 5 minutes he was dizzy, had lost color, was complaining of the worst pain he had ever felt & his eyes weren't super focused," Pergola wrote about her son on Facebook. "We tried to wash it off and I applied some garlic (it pulls venom out usually with bug stings)."

Pergola said her son's condition kept getting worse and her "mom instinct" told her to get him to the emergency room. She said once they arrived at a hospital in Zephyrhills, Logan needed a wheelchair.

She said Logan would normally resist getting an IV, but this time he didn't even fight it "because he said whatever would help at that point was fine."

"The pain [was] radiating from his wrist, up his arm & into his shoulder and chest," she said, adding that a rash also spread on his arm and chest.

He had come in contact with the dangerous insect around 10:15 a.m. and was getting treated by 10:50 a.m., Pergola said. He continued to shake for about an hour, and when it finally subsided, he was "out of it" and just wanted the pain to stop.

"The next 3 hours were pretty rough and while I had read that there had never been a death from the caterpillar I was also looking at my other-wise really healthy son, wondering if maybe they were wrong," the concerned mom wrote. She says nearly four hours later, he was still not looking well but was doing better.

Pergola posted the story on Facebook with two photos -- one of the caterpillar, one of the rash on Logan's arm. She wanted to share the experience as a warning to others. "We are home now with meds to keep him comfortable while this garbage runs it's course," she wrote at the time of the posting, about 5 p.m. that day.

Over 400,000 people shared Pergola's Facebook post, spreading the word about this harmful caterpillar. "We are native Floridians. We are outside all the time, camping outside in the woods. We had no idea this was out there," Pergola said, according to WFLA. "I would just hate for a small child to pick this up. Logan is healthy and weighs 100 pounds. I know this would hurt a small child even worse than my 15-year-old son," she said.