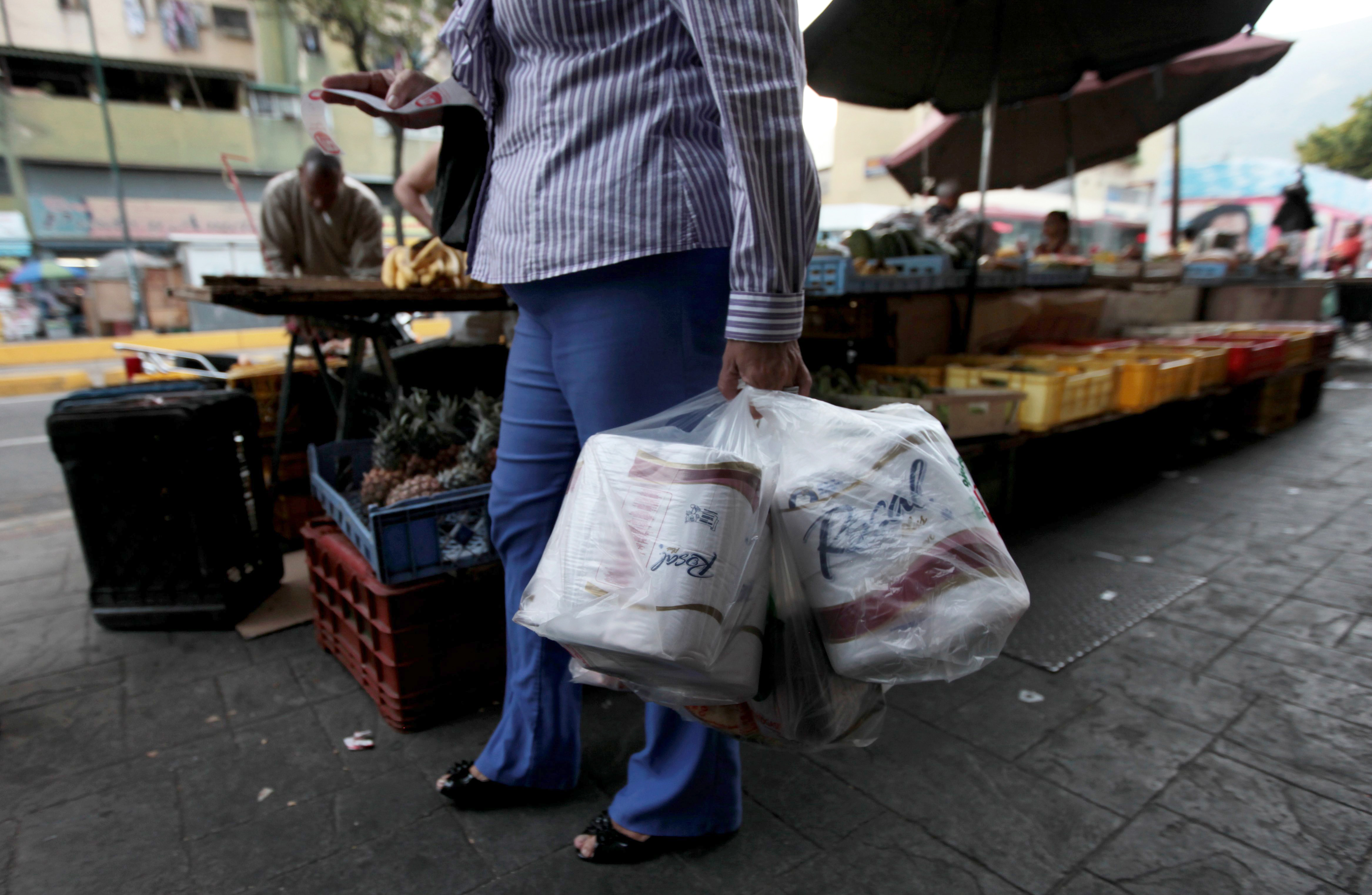 CARACAS, Venezuela First milk, butter, coffee and cornmeal ran short. Now Venezuela is running out of the most basic of necessities — toilet paper.

Blaming political opponents for the shortfall, as it does for other shortages, the embattled socialist government says it will import 50 million rolls to boost supplies.

That was little comfort to consumers struggling to find toilet paper on Wednesday.

"This is the last straw," said Manuel Fagundes, a shopper hunting for tissue in downtown Caracas. "I'm 71 years old and this is the first time I've seen this."

One supermarket visited by The Associated Press in the capital on Wednesday was out of toilet paper. Another had just received a fresh batch, and it quickly filled up with shoppers as the word spread.

"I've been looking for it for two weeks," said Cristina Ramos. "I was told that they had some here and now I'm in line."

"State-controlled prices — prices that are set below market-clearing price — always result in shortages. The shortage problem will only get worse, as it did over the years in the Soviet Union," said Steve Hanke, professor of economics at Johns Hopkins University.

President Nicolas Maduro, who was selected by the dying Hugo Chavez to carry on his "Bolivarian revolution," claims that anti-government forces, including the private sector, are causing the shortages in an effort to destabilize the country.

The government this week announced it would import 760,000 tons of food and 50 million rolls of toilet paper.

Commerce Minister Alejandro Fleming blamed the shortage of toilet tissue on "excessive demand" built up as a result of "a media campaign that has been generated to disrupt the country."

"The revolution will bring the country the equivalent of 50 million rolls of toilet paper," he was quoted as saying Tuesday by state news agency AVN. "We are going to saturate the market so that our people calm down."

Finance Minister Nelson Merentes said the government was also addressing the lack of foreign currency, which has resulted in the suspension of foreign supplies of raw materials, equipment and spare parts to Venezuelan companies, disrupting their production.

"We are making progress ... we have to work very hard," Merentes told reporters Wednesday.

Many factories operate at half capacity because the currency controls make it hard for them to pay for imported parts and materials. Business leaders say some companies verge on bankruptcy because they cannot extend lines of credit with foreign suppliers.

Merentes said the government had met the U.S. dollar requests of some 1,500 small- and medium-sized companies facing supply problems, and was reviewing requests from a similar number of larger companies.

Chavez imposed currency controls a decade ago trying to stem capital flight as his government expropriated large land parcels and dozens of businesses.

Anointed by Chavez as his successor before the president died from cancer, Maduro won a close presidential election April 14 against opposition candidate Henrique Capriles, who refused to accept the result, claiming Maduro won through fraud and voter intimidation. He filed a complaint to the Supreme Court, asking for the vote to be annulled, though that's highly unlikely to happen since the court is packed with government-friendly justices.

Patience is wearing thin among consumers who face shortages and long lines at supermarkets and pharmacies. Last month, Venezuela's scarcity index reached its highest level since 2009, while the 12-month inflation rate has risen to nearly 30 percent. Shoppers often spend several days looking for basic items, and stock up when they find them.

Fleming, the commerce minister, said monthly consumption of toilet paper was normally 125 million rolls, but that current demand "leads us to think that 40 million more are required."

"We will bring in 50 million to show those groups that they won't make us bow down," he said.