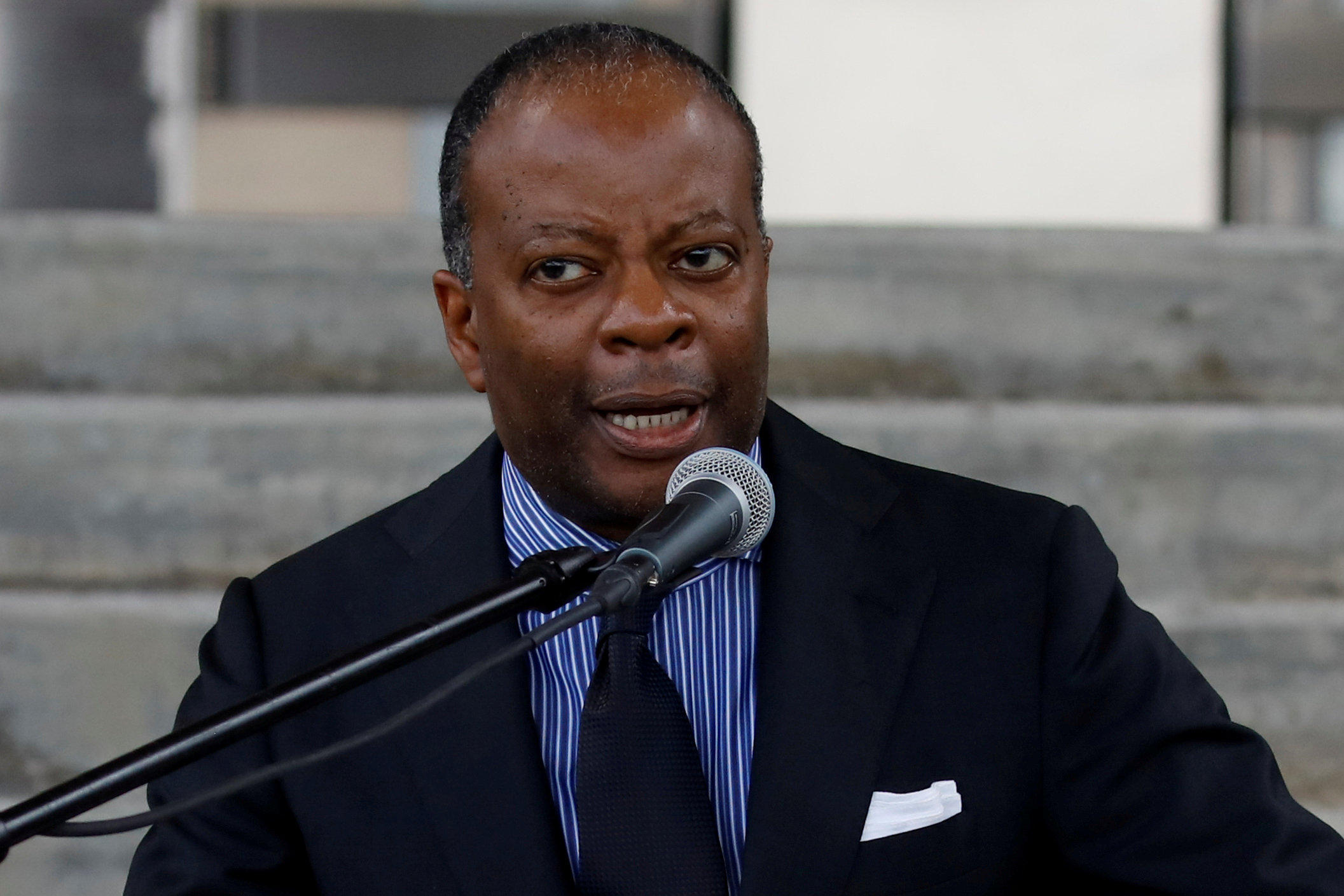 CARACAS, Venezuela -- President Nicolas Maduro expelled the top U.S. diplomat in Venezuela and his deputy Tuesday for allegedly conspiring against the socialist government and trying to sabotage the weekend presidential election. "The empire doesn't dominate us here," Maduro said in a televised address, giving charge d'affaires Todd Robinson and his deputy, Brian Naranjo, 48 hours to leave the country. "We've had enough of your conspiring."

Tensions between the U.S. and Venezuela have mounted following Maduro's victory in the presidential election on Sunday -- a vote that the White House and others have branded a "sham."

Maduro said in his speech that Robinson and Naranjo, whom he referred to as the head of the CIA in Venezuela, both personally pressured several anti-government presidential aspirants not to compete in the race. Despite widespread discontent over Venezuela's economic collapse, most opposition parties decided to boycott the election after officials blocked their most popular leaders from competing against Maduro.

Maduro also accused the Trump administration, which toughened financial sanctions on his government Monday, of seeking to escalate "aggressions" against the Venezuelan people. U.S. officials have also said the administration might consider imposing oil sanctions on Venezuela.

"The dominant and decisive reason why the opposition progressively withdrew from the elections was the decision by the extremist U.S. government to not validate or legitimize a presidential election that they knew fully was going to be won in any scenario by the candidate of Nicolas Maduro," Maduro said.

Anticipating likely reciprocal expulsion by the Trump administration, Maduro hours later gave a new job to Carlos Ron, who had been serving as his top envoy to Washington. Ron was named deputy foreign minister in charge of relations with North America.

Robinson was travelling in Venezuela's western state of Merida when he learned through social media of Maduro's order, according to a local radio broadcast of him speaking at an event. Robinson said he and his deputy "strongly reject the accusations."

"This is my first visit but it won't be my last visit to Merida or to Venezuela," he said.

In his long career, Robinson, a career diplomat, has worked in Colombia, Bolivia, El Salvador and the Dominican Republic. He earned a reputation for speaking out as ambassador to Guatemala and several times faced calls there for his expulsion.

He has been similarly provocative in his short stay in Caracas.

Days after landing in Caracas in December, he posed for pictures next to a statue of independence hero Simon Bolivar in a pro-government plaza and called Maduro's constitutional assembly "illegitimate."

He has also made several forceful calls for the release of U.S. citizen Joshua Holt, who has been jailed for more than two years without a trial on weapons charges.

Last week, Robinson rushed with cameras in tow to the foreign ministry to demand information about Holt after the Utah native appeared in a video from jail saying his life had been threatened during what the U.S. Embassy deemed a prison "riot."

Robinson said nobody in the Venezuelan government would met with him, but socialist party boss Diosdado Cabello denied the snub, accusing the diplomat of staging a "show"

But despite the frequent clashes, Maduro had seemed little inclined to declare Robinson persona non grata, as he and his mentor, the late Hugo Chavez, did several times previously to U.S. diplomats.

Last month, Maduro even welcomed Robinson to the presidential palace for a private meeting with visiting U.S. Sen. Dick Durbin. He also dispatched a trusted aide, Delcy Rodriguez, the head of the constitutional assembly, to meet with Robinson at his residence.

Venezuela and the U.S. haven't exchanged ambassadors since 2010, so Robinson, while preserving his ambassadorial rank, was serving as chief of mission at the hilltop embassy in Caracas. Naranjo, his deputy, is one of the most senior State Department officials working on Venezuela, having served previously in Caracas when Chavez first ran for president in 1998.

Patrick Duddy, the last U.S. ambassador to Venezuela, who himself was briefly expelled by Chavez in 2008, said the U.S. is not alone in rejecting Maduro's election as illegitimate and harshly criticizing the government for destroying the economy.

"They're looking to blame someone," said Duddy, now director of Duke University's Center for Latin American and Caribbean Studies. "As it has so often been in the past, the target of their efforts is the United States."