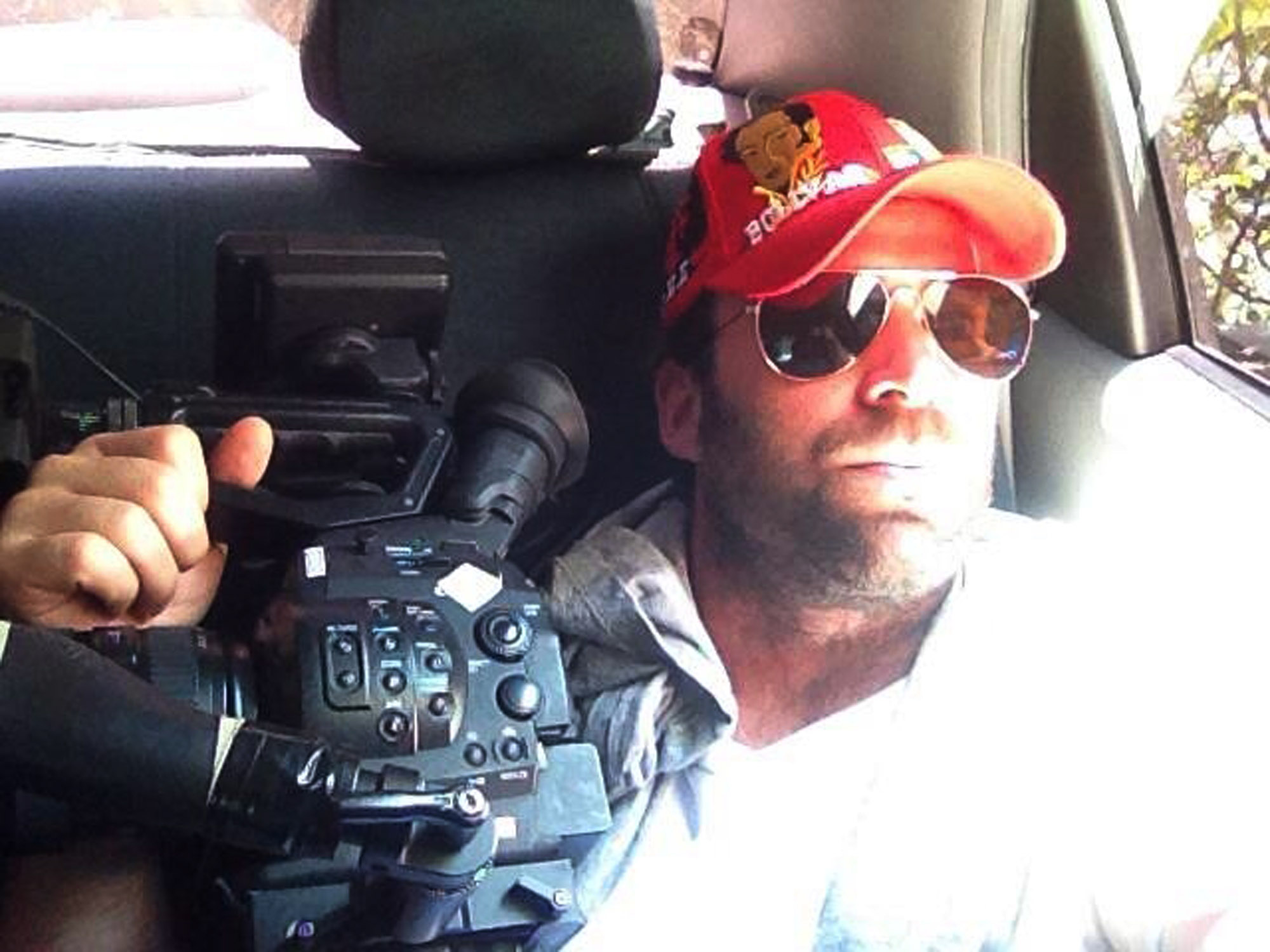 CARACAS, Venezuela A 35-year-old filmmaker from California has been arrested by Venezuelan authorities who are accusing him of fomenting postelection violence on behalf of the U.S. government.

President Nicolas Maduro said Thursday that he had personally ordered the arrest of Timothy Hallet Tracy for "creating violence in the cities of this country." The country's interior minister said Tracy was working on behalf of U.S. intelligence, paying right-wing youth groups to hold violent demonstrations in order to destabilize the country after Maduro's narrow election win.

Tracy's friends and family told The Associated Press that he had been in Venezuela since last year making a documentary about the confrontation between the opposition and a socialist government that is struggling to maintain its once-high popularity after the death of charismatic President Hugo Chavez.

The Georgetown University English graduate had directed or produced at least two previous documentaries, the 2009 "American Harmony," about competitive barbershop quartet singing, and the recent Discovery Channel program "Under Siege," about terrorism and smuggling across the U.S./Canada border.

Tracy had been detained twice before by Venezuela's SEBIN intelligence police. The last time was five days before the April 14 presidential election when he was taking video of a pro-government rally in the port city of Puerto Cabello, said an associate who spoke on condition of anonymity because he did not want to endanger people inside Venezuela.

Tracy's father Emmet, of Grosse Pointe Farms, Michigan, said the police had been friendly to his son during the previous incidents, with some even agreeing to appear in his documentary. He said the family had been urging his son to leave the country in light of the volatile political situation.

"Frankly it's the kind of scenario that we were concerned about and kept telling him," Emmet Tracy said.

Tensions in the country have been rising since Maduro beat opposition candidate Henrique Capriles in the April 14 election with less than 2 percent of the vote. The government has been escalating accusations that the opposition fomented violence directed at ruling party supporters and official buildings in the days after the election. The opposition is demanding an audit of the vote, which it says was stolen by fraud.

The Venezuela government also has long vilified the U.S., accusing successive administration of trying to undermine the left-wing government here. Tracy is the first American in recent memory to be detained on politically related charges, however.

"I gave the order that they detain him immediately, hand him to prosecutors with the proof that there is because nobody can be destabilizing this country, whatever they believe, because they're on the side of the bourgeoisie, no," Maduro said.

James said Tracy's Spanish is passable but not great. He said Tracy "literally has no political agenda. He is very sympathetic to all sides. He's telling stories about people and what their life is like there."

"He has been involved in telling stories that told that itnernational component. But he certainly never worked for the government," said James.

"He's trying to tell a human story," said James. "My fear is that he's gone in deeper than he should have."

Emmet Tracy said that in his last email Timothy had asked his father for some airline miles so he could fly to the United States so they could be together for the father's 80th birthday.