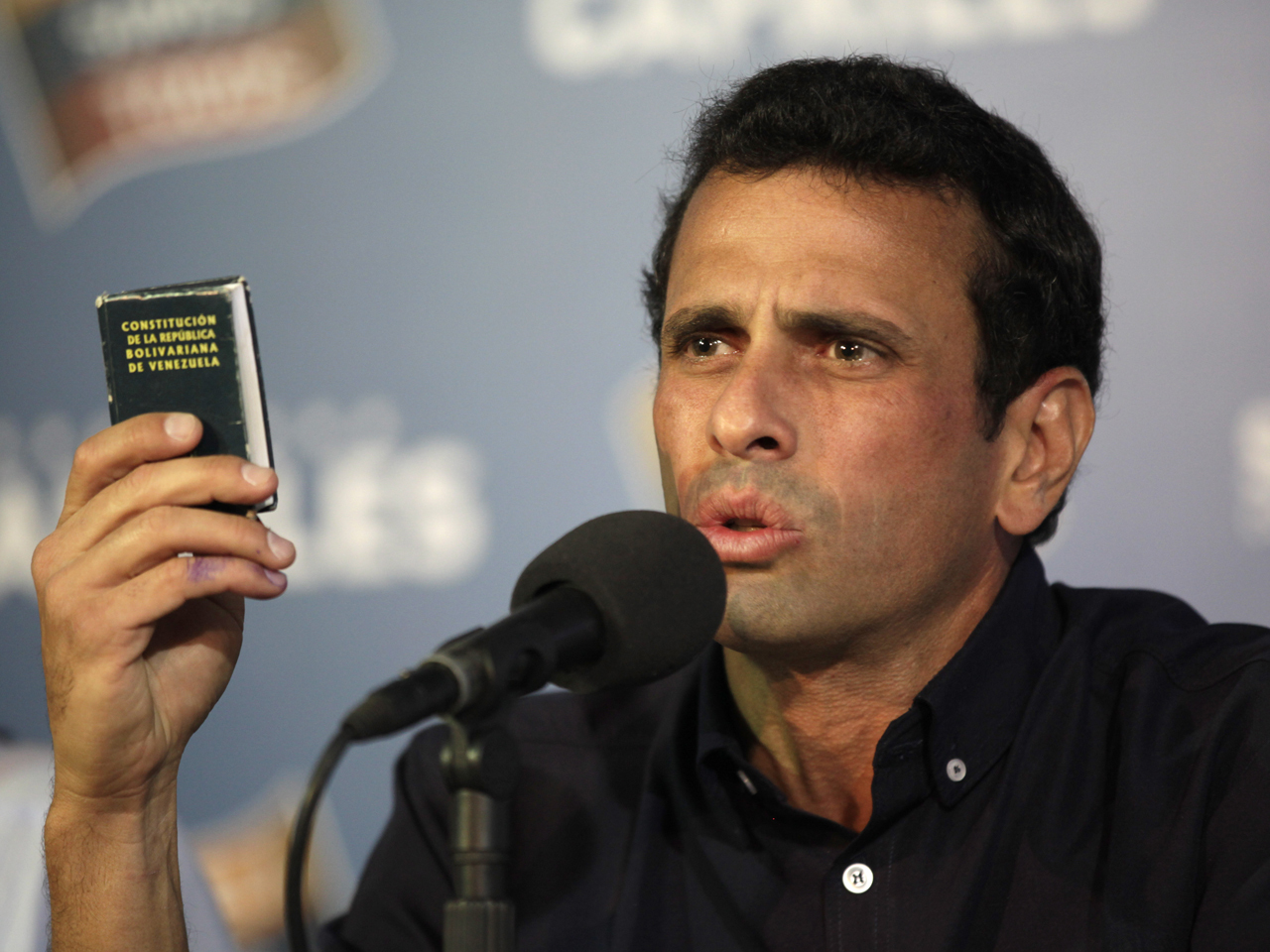 CARACAS, Venezuela Venezuela's electoral council said Thursday it would audit the 46 percent vote that was not scrutinized on election night in a concession to opposition candidate Henrique Capriles, who said he was accepting the decision because he believed the stolen votes that cost him the presidency are the unaudited.

Capriles had demanded a full vote-by-vote recount but said he could live with the National Electoral Council's ruling, which appeared to mark a turnaround for President-elect Nicolas Maduro, whose government had looked all week to be digging in its heels.

"We know where the problems are," Capriles said, referring to the votes cast in the 12,000 voting machines that council President Tibisay Lucena said would be audited beginning next week and would take a month to complete.

Capriles said he will insist that every single vote receipt be counted and compared to voter registries as well as to voting machine tally sheets. In announcing the audit, council president Tibisay Lucena did not say whether it would do that. Venezuela's electronic voting system emits receipts for every ballot that are boxed up with the tally machines.

Maduro, Chavez's anointed successor, is being inaugurated on Friday and was in Lima, Peru, on Thursday night for an emergency meeting of South American leaders called to discuss the Venezuelan crisis.

He won of Sunday's election by a slim 260,000-vote margin out of 14.9 million ballots cast after squandering a double-digit lead in the polls as Venezuelans upset by a troubled economy, rampant crime, food shortages and worsening power outages turned away from a candidate they considered a poor imitation of the charismatic leader for whom he long served as foreign minister.

Capriles maintains the vote was stolen from him through intimidation and other abuses and presented a long list of abuses.

No international election monitors were scrutinizing the vote.

Lucena's announcement seemed a clear turnaround from a government that has a stranglehold on all state institutions and had waged a crackdown on protests all week and followed the Supreme Court chief's announcement on Wednesday that the full recount Capriles demanded was not legal.

Maduro was sworn in as acting president after Chavez died last month after a long fight with cancer.