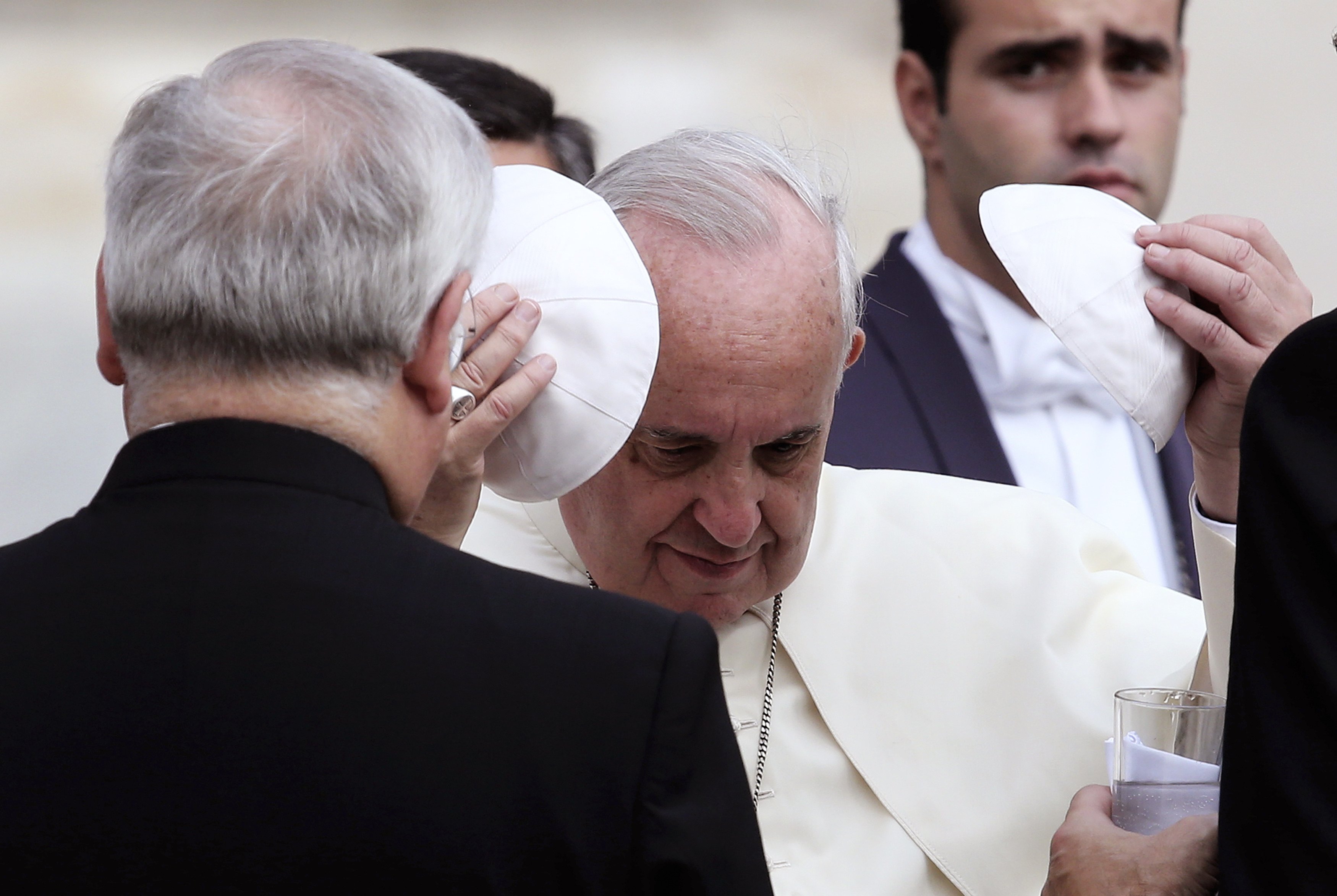 VATICAN CITY --- The Vatican is watering down a ground-breaking overture to gays - but only if they speak English.

After a draft report by bishops debating family issues came under criticism from many conservative English-speaking bishops, the Vatican released a new English translation on Thursday.

A section initially entitled "Welcoming homosexuals" is now "Providing for homosexual persons," and the tone of the text is significantly colder.

The initial English version - released Monday along with the original - accurately reflected the Italian version in both letter and spirit, and contained a remarkable tone of acceptance to gays. The other translations were similarly faithful to the Italian and didn't deviate in tone.

Conservatives were outraged, and the English was changed.

Other changes were made in other sections of the text, but without significantly altering the meaning or tone.

Cardinal Timothy Dolan, the Archbishop of New York, told "CBS This Morning" Wednesday that parishes and communities in the New York Archdiocese are already welcoming.

"This is a community of people who are trying our best to respond to the teaching of Jesus Christ, to open ourselves up to His grace so that we can live His message fully, and to seek His mercy when we can't," Dolan said. "It's a tribute to Pope Francis that he's affirming this positive embrace of the church and calling for us to make it even more dynamic."

The Vatican spokesman, the Rev. Federico Lombardi, said English-speaking bishops had requested the changes on the grounds that the first translation was hasty and error-ridden.

When Lombardi was shown how significantly the meaning had changed, he pledged to investigate and didn't rule out a third version.

Lombardi stressed that the original Italian remains the official text, and noted that the draft is being revised top-to-bottom for a final report which will go to a vote among bishops on Saturday.

If two-thirds approve it, the report will form the basis of discussions in dioceses around the world before another meeting of bishops next year, and ultimately a teaching document by Pope Francis.

The church is starting to follow the pope's lead in tailoring the message for today's more secular world, according to Archbishop of Washington Cardinal Donald Wuerhl.

"We're dealing with a different climate - a different moral climate, a different intellectual climate - and given that, we have to find ways of speaking so that the church's teaching gets a hearing," Wuerhl told CBS News correspondent Allen Pizzey.

Based on the complaints to the original text and the number of amendments proposed Thursday, the drafting committee appointed by the pope has its work cut out for it if it wants to get a two-thirds majority.

The Vatican released summaries of the amendments from the 10 working groups that have been negotiating all week. They are near-unanimous in insisting that church doctrine on family life be more fully asserted and explained - that marriage is between a man and woman, open to children - and that faithful Catholic families should be held up as models and encouraged rather than focus on family problems and "irregular" unions.

The English-speaking working groups were among the most critical. The one headed by Cardinal Wilfred Fox Napier of South Africa complained about the translation of the draft report and used the new "providing for" homosexuals language of the revised English translation, suggesting that he or someone in his group might have requested the change.

On Thursday, Francis added Napier, as well as an Australian bishop, to the drafting committee that will compose the final document. It was widely noticed that Francis' initial appointees were largely progressives whom he named after conservatives were elected to head the working groups proposing the amendments.

African bishops, who are among the most conservative on family issues, were not included in his initial picks.