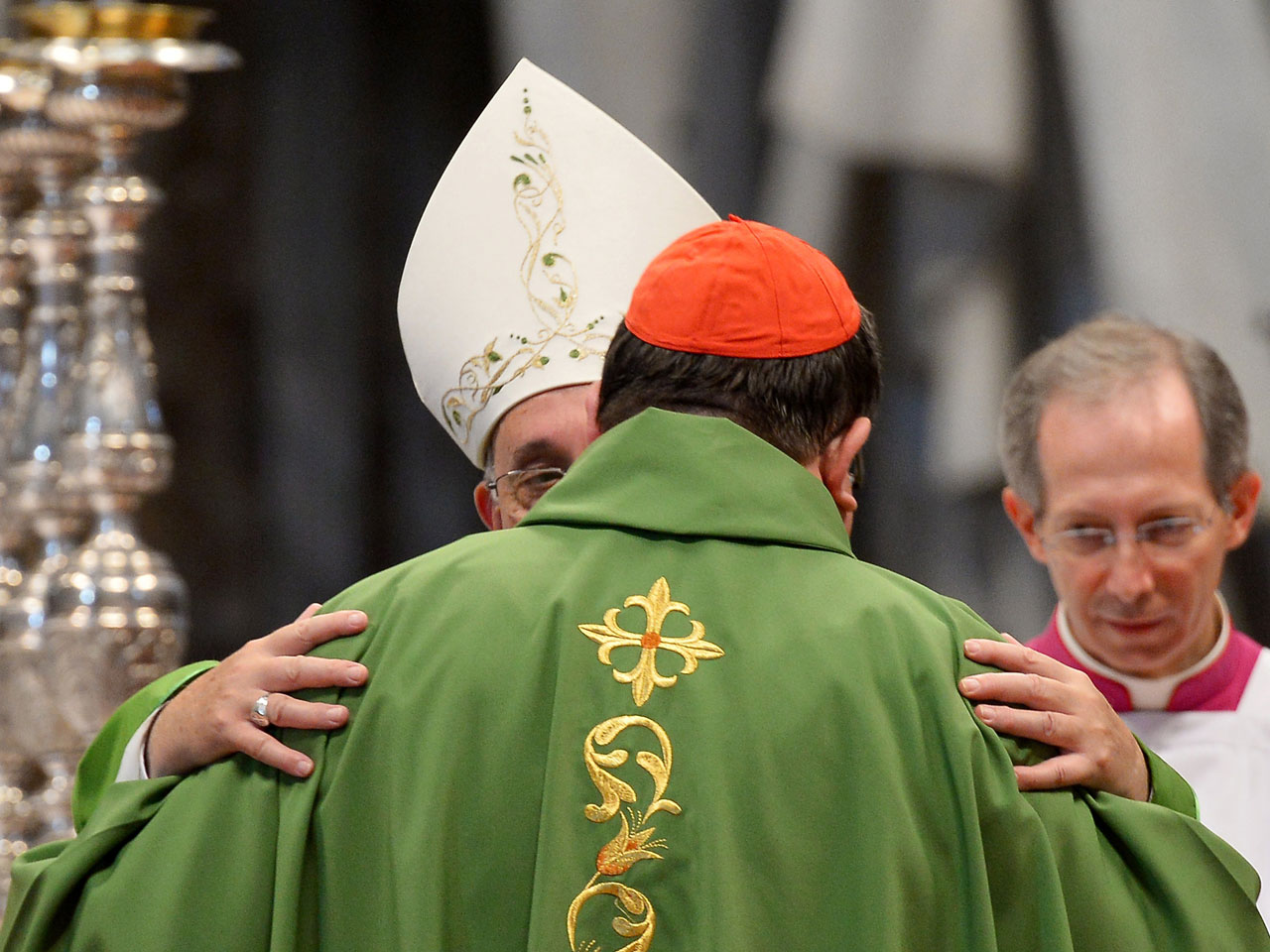 VATICAN CITY - Gay rights groups hailed a "seismic shift" by the Catholic Church toward gays on Monday after bishops said homosexuals had gifts to offer the church and that their partnerships, while morally problematic, provided homosexuals with "precious" support.

In a preliminary report half-way through a Vatican meeting on family life, the bishops also said the church must recognize the "positive" aspects of civil unions and even Catholics who cohabitate, with the aim of bringing them to a lifelong commitment in a church wedding.

The report summarized the closed-door debate that Pope Francis initiated to discuss a host of hot-button family issues such as marriage, divorce, homosexuality and birth control. No decisions were announced, but the tone of the report was one of almost-revolutionary acceptance rather than condemnation, and it will guide discussions until a final document is issued Saturday.

"For the LGBT Catholics in the United States and around the world, this new document is a light in the darkness - a dramatic new tone from a church hierarchy that has long denied the very existence of committed and loving gay and lesbian partnerships," said Chad Griffin, president of Human Rights Campaign, the biggest LGBT rights organization in the U.S.

Conservative groups denounced the report as heresy and a "betrayal" that will only serve to confuse Catholics.

In an indication of the chasm that is apparently underway within the church leadership itself, Francis decided late Friday to add six progressives from four continents to the synod leadership to help prepare the final document after several conservatives were elected to leadership positions. None of Francis' appointees were Africans, who are traditionally among the most conservative on family issues.

Bishops clearly took into account the views of the pope, whose "Who am I to judge?" comment about gays signaled a new tone of welcome for the church. Their report also reflected the views of ordinary Catholics who, in responses to Vatican questionnaires in the run-up to the synod, rejected church teaching on birth control and homosexuality as outdated and irrelevant.

The bishops said gays had "gifts and qualities" to offer and asked rhetorically if the church was ready to provide them a welcoming place, "accepting and valuing their sexual orientation without compromising Catholic doctrine on the family and matrimony."

For a 2,000-year-old institution that teaches that gay sex is "intrinsically disordered," even posing the question was significant.

"This is a stunning change in the way the Catholic church speaks of gay people," said the Rev. James Martin, a Jesuit author. "The Synod is clearly listening to the complex, real-life experiences of Catholics around the world, and seeking to address them with mercy, as Jesus did."

The bishops repeated that gay marriage was off the table. But it acknowledged that gay partnerships had merit.

"Without denying the moral problems connected to homosexual unions, it has to be noted that there are cases in which mutual aid to the point of sacrifice constitutes a precious support in the life of the partners," they said.

Francis DeBernardo, executive director of New Ways Ministry, a Catholic gay rights group said that though the report repeats doctrine about gay marriage, "the move toward accepting and valuing the gifts of gay and lesbian people is a major step forward."

Conservative groups rejected the report as a "betrayal" and even heresy.

"What will Catholic parents now have to tell their children about contraception, cohabiting with partners or living homosexual lifestyles?" asked Maria Madise, coordinator of the Voice of the Family, which says it is representing several pro-life and conservative groups. "Will those parents now have to tell their children that the Vatican teaches that there are positive and constructive aspects to these mortal sins? This approach destroys grace in souls."

For heterosexuals, the bishops said the church must grasp the "positive reality of civil weddings" and even cohabitation, with the aim of helping the couple commit eventually to a church wedding.

The bishops also called for a re-reading of the 1968 encyclical Humanae Vitae that outlined the church's opposition to artificial birth control. The bishops said couples should be unconditionally open to having children, but that the message of Humanae Vitae "underlines the need to respect the dignity of the person in the moral evaluation of the methods of birth control."

There has been much talk inside the synod about applying the theological concept of the "law of gradualness" in difficult family situations, including over contraception. The concept encourages the faithful to take one step at a time in the search for holiness.

In matters of birth control, the concept amounts to a tacit acknowledgement that most Catholics already use artificial contraception in violation of church teaching. But applying the concept pastorally would encourage priests to meet these couples where they are, and then help them come to understand the full reasoning behind the ban and then adopt it themselves.

Bishops also called for "courageous" new ways to minister to families, especially those "damaged" by divorce. The document didn't take sides in the most divisive issue at the synod, whether Catholics who divorce and remarry without an annulment can receive Communion.

Church teaching holds that without an annulment, these Catholics are living in sin and thus ineligible to receive the sacraments.

The document said these Catholics deserve respect and should not be discriminated against, and then laid out the positions of both sides: those who want to maintain the status quo barring them from the sacraments, and those who favor a case-by-case approach, in which the couple undertake a path of penance.

Pope Francis has called for a more merciful approach to these couples, but conservatives have insisted there is no getting around Jesus' words that marriage is indissoluble.

There have been suggestions that the conservatives were being sidelined, if not silenced, behind the synod walls given Francis' known position on the matter.

Asked about the perceived sidelining of conservatives at the synod, Filippino Cardinal Luis Antonio Tagle said Monday there had been "ample space" for people to speak their minds.