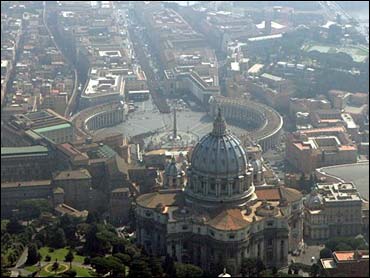 The Rev. George Coyne, the Jesuit director of the Vatican Observatory, said placing intelligent design theory alongside that of evolution in school programs was "wrong" and was akin to mixing apples with oranges.

"Intelligent design isn't science even though it pretends to be," the ANSA news agency quoted Coyne as saying on the sidelines of a conference in Florence. "If you want to teach it in schools, intelligent design should be taught when religion or cultural history is taught, not science."

His comments were in line with his previous statements on "intelligent design," whose supporters hold that the universe is so complex that it must have been created by a higher power.

In a June article in the British Catholic magazine The Tablet, Coyne reaffirmed God's role in creation, but said science explains the history of the universe.

"If they respect the results of modern science, and indeed the best of modern biblical research, religious believers must move away from the notion of a dictator God or a designer God, a Newtonian God who made the universe as a watch that ticks along regularly."

Rather, he argued, God should be seen more as an encouraging parent.

"God in his infinite freedom continuously creates a world that reflects that freedom at all levels of the evolutionary process to greater and greater complexity," he wrote. "He is not continually intervening, but rather allows, participates, loves."

The Vatican Observatory, which Coyne heads, is one of the oldest astronomical research institutions in the world. It is based in the papal summer residence at Castel Gandolfo south of Rome.

Last week, Pope Benedict XVI waded indirectly into the evolution debate by saying the universe was made by an "intelligent project" and criticizing those who in the name of science say its creation was without direction or order.

Questions about the Vatican's position on evolution were raised in July by Austrian Cardinal Christoph Schoenborn.

In a New York Times column, Schoenborn seemed to back intelligent design and dismissed a 1996 statement by Pope John Paul II that evolution was "more than just a hypothesis." Schoenborn said the late pope's statement was "rather vague and unimportant."