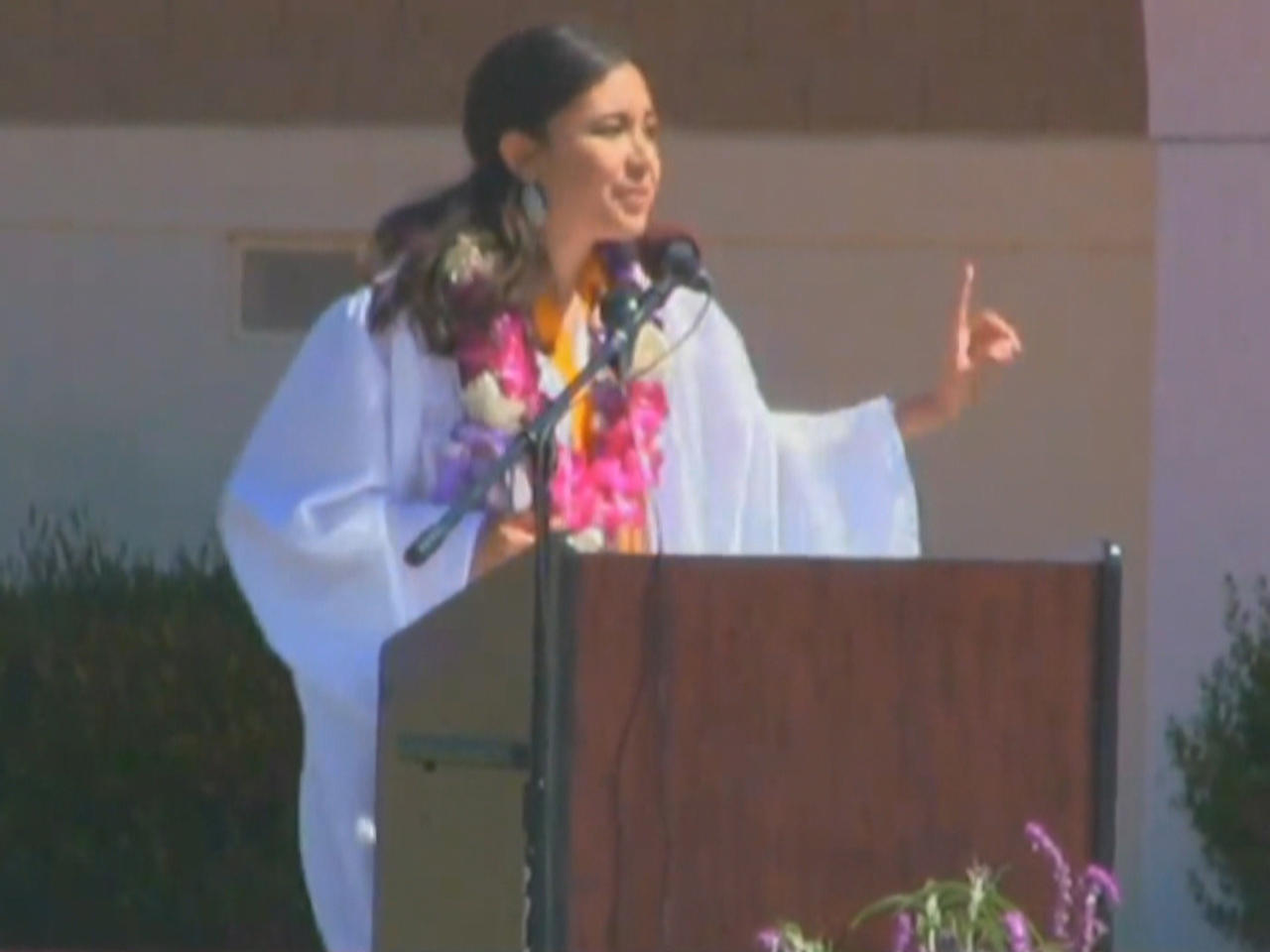 Seitz says she wanted to use her graduation address at Petaluma High School to remind her classmates of the obstacles they've overcome. But when she veered off her approved speech to bring up the issue of sexual assault on campus:

"…. Which is why even when some people on this campus, those same people …"

The valedictorian's mic then went silent.

She ended up returning to her seat, and later posted her full speech online, including the part that was cut off: "Even learning on a campus on which some people defend perpetrators of sexual assault and silence their victims, we didn't let that drag us down."

Seitz says she filed a police report after she was sexually assaulted on campus last fall, but says she doesn't feel the school did enough to protect her after the alleged attack.

"I was, like, there's got to be something I can do to make this change," she told correspondent Mireya Villarreal. "Because if I can prevent this from happening to more girls, then that would be good enough for me."

But she says she was warned multiple times her mic would be turned off if she deviated from the pre-approved speech.

In a statement, the school district's assistant superintendent said, "Due to student privacy issues, we cannot and should not respond with specific information. We can say that when issues of sexual assault come to our attention, local law enforcement has initial jurisdiction and determines the course of action."

The Petaluma Police Department has not responded to our questions.

Some of her fellow students say the graduation ceremony wasn't the appropriate venue to raise the issue.

"We're all celebrating us leaving, you know? And she was kind of taking it off into what happened to her," said graduate Nick Mall.

Villarreal asked Seitz, "There are some students that will say this was way too serious?"

"Then, 'What is the time or place?' is my response to that," Seitz replied. "Meeting with the administration and the police, none of those would work. So I had this opportunity, and I used it."