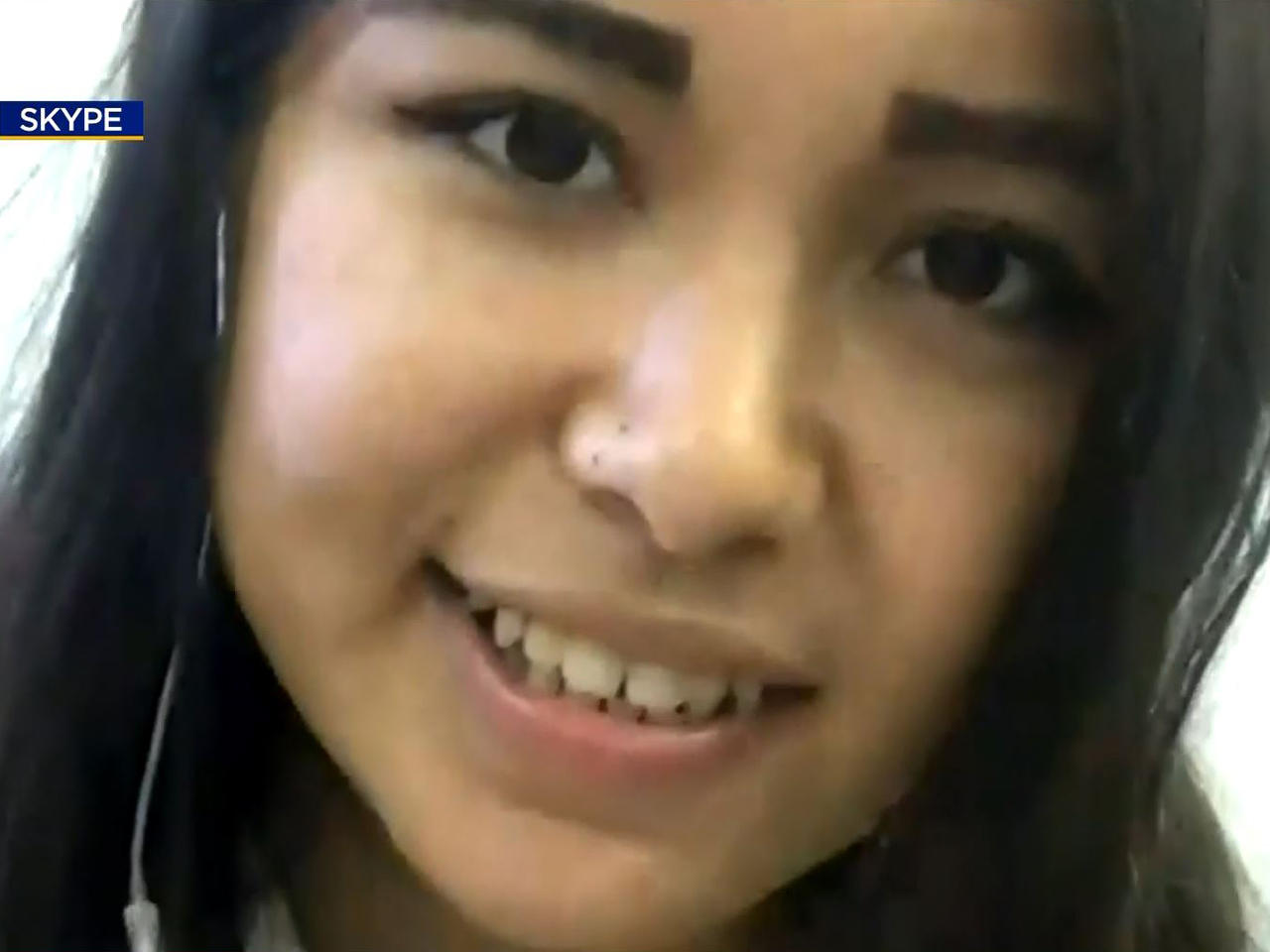 A Northern California high school's valedictorian accused school officials of turning off the microphone at a graduation ceremony before she could speak about being sexually assaulted. Lulabel Seitz posted a video to YouTube on Sunday showing the moment the mic went off and members of the audience chanting "Let her speak."

Seitz told CBS San Francisco station KPIX-TV that she was sexually assaulted by another student.

"The school continually censors students," Seitz told the station. "It wasn't an easy thing to do to go up there and say what I said or tried to say."

Seitz told KPIX-TV that she had reported the sexual assault to Petaluma High School officials, and she accused the school of not taking any action. The school said in a statement to the station that it couldn't comment.

"Due to student privacy issues, we cannot and should not respond with specific information," the school said. "We can say that when issues of sexual assault come to our attention, local law enforcement has initial jurisdiction and determines the course of action."

At the graduation ceremony, the mic went off as Seitz was talking about how her generation isn't too young to speak up and change things.

"The class of 2018 has demonstrated time and time again that we may be a new generation, but we are not too young to speak up, to dream and to create change, which is why, even when some people on this campus, those same people-," Seitz said before the mic went off.

KPIX-TV reports that Seitz had departed from the version of her speech approved by school officials when she talked about teachers going on strike.

"When the teachers had to go on strike because they didn't get the respect or the contracts they deserved, we didn't let that drag us down," Seitz told the graduation audience.

"Graduation may not have been the spot to say it," fellow graduate Nick Mall told the station. "There was an opportunity for her to display her message to all of us, but … we're all celebrating us leaving, you know? And she was kind of taking it off into what happened to her."