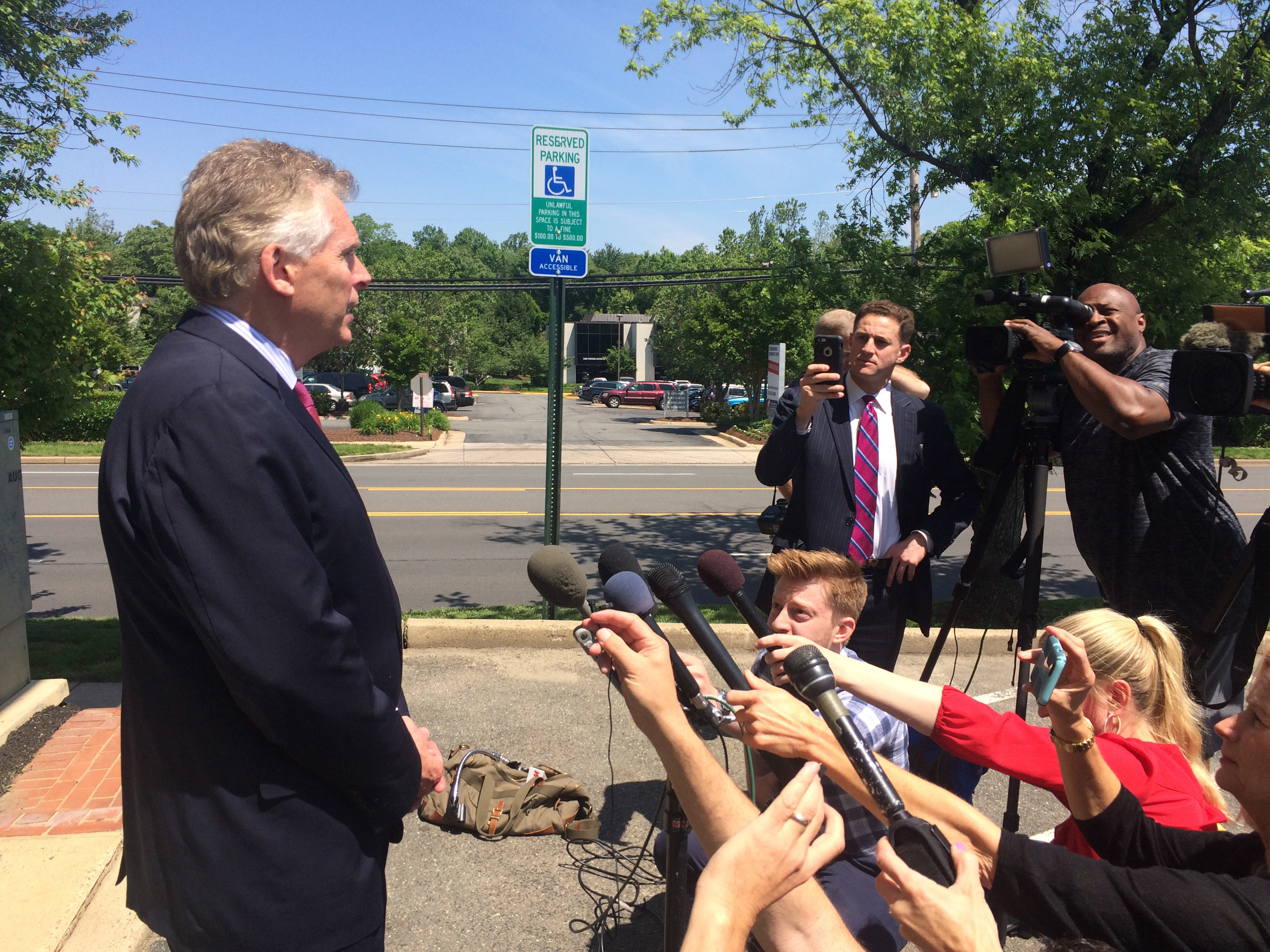 Virginia Governor Terry McAuliffe is shrugging off reports that he's the subject of a federal investigation surrounding donations made to his gubernatorial campaign, telling reporters, "investigations happen."

"No one has alleged any wrong doing on my part," McAuliffe said, though he pledged to cooperate with investigators.

The Virginia governor spoke with reporters during a probation and parole office in Alexandria. Asked about his level of confidence that he did not take any illegal campaign contributions, McAuliffe replied, "100 percent. "

"I don't think it will affect Hillary Clinton at all," said McAuliffe, a longtime Clinton family ally. He added, "It won't affect me at all. If you haven't done anything wrong what should you be worried about?

According to a story that was first reported by CNN, federal investigators are looking into donations made to McAuliffe's gubernatorial campaign. A law enforcement source confirmed Tuesday to CBS News that McAuliffe is under a federal investigation.

CNN's report identified Chinese businessman Wang Wengling as an individual whose donations were in question. In 2013, CBS News reported that a private company held by Wenliang pledged $2 million to the Clinton Foundation endowment. At one point, the governor served on the board of the Clinton foundation.

While emphasizing that he didn't think he ever met with Wang, McAuliffe made no apologies for taking the contribution.

"I rely on the people who did the vetting for it. They say he had a green card from 2007. So the contribution came in. They have unequivocally said that he was entitled to write a check," McAuliffe said. "And he wrote a check. And, as I say he is a substantive individual with a major company whose on the board of NYU, he's given to Harvard, and all I can tell you is what the law firm is saying -- clearly entitled to write a check -- he's been a green card holder since 2007."

McAuliffe did acknowledge meeting members of Wang's company, though he noted, "I don't believe I met his people in his company for a long time."

When asked by reporters whether he had offered to speak to investigators, McAuliffe said that he instructed his lawyers to reach out and "do whatever they need to do."