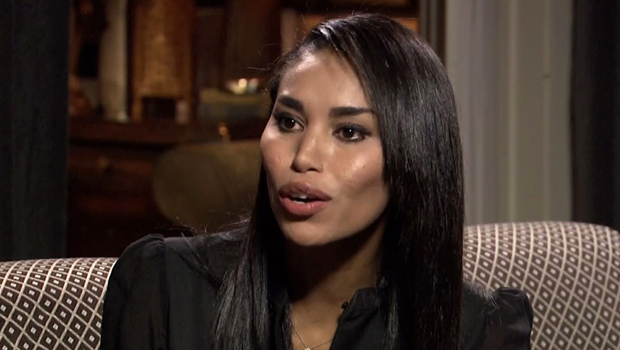 Stiviano was attacked by two men Sunday night as she left a restaurant in the Meatpacking District, her attorney Mac Nehoray says.

Nehoray says the men followed Stiviano, punched her in the face and called her a series of "disgusting slurs," reports CBS Los Angeles.

Nehoray said Stiviano's face was left red and swollen. She reportedly saw a doctor, but did not contact police. Nehoray told CNN she didn't immediately file a police report because "she had to get out of there."

Stiviano, who admits recording Sterling making racist comments about African Americans, is scheduled to appear on "Anderson Cooper 360″ in New York on Monday. Nehoray said she will appear on the show as planned, CBS Los Angeles reports.

NBA Commissioner Adam Silver banned Sterling for life and fined him $2.5 million after the release of the recording.

Lawyers for Sterling filed a $1 billion lawsuit Friday against the NBA in the wake of news that his estranged wife had reached an agreement to sell the team and that he had been ruled mentally incompetent.