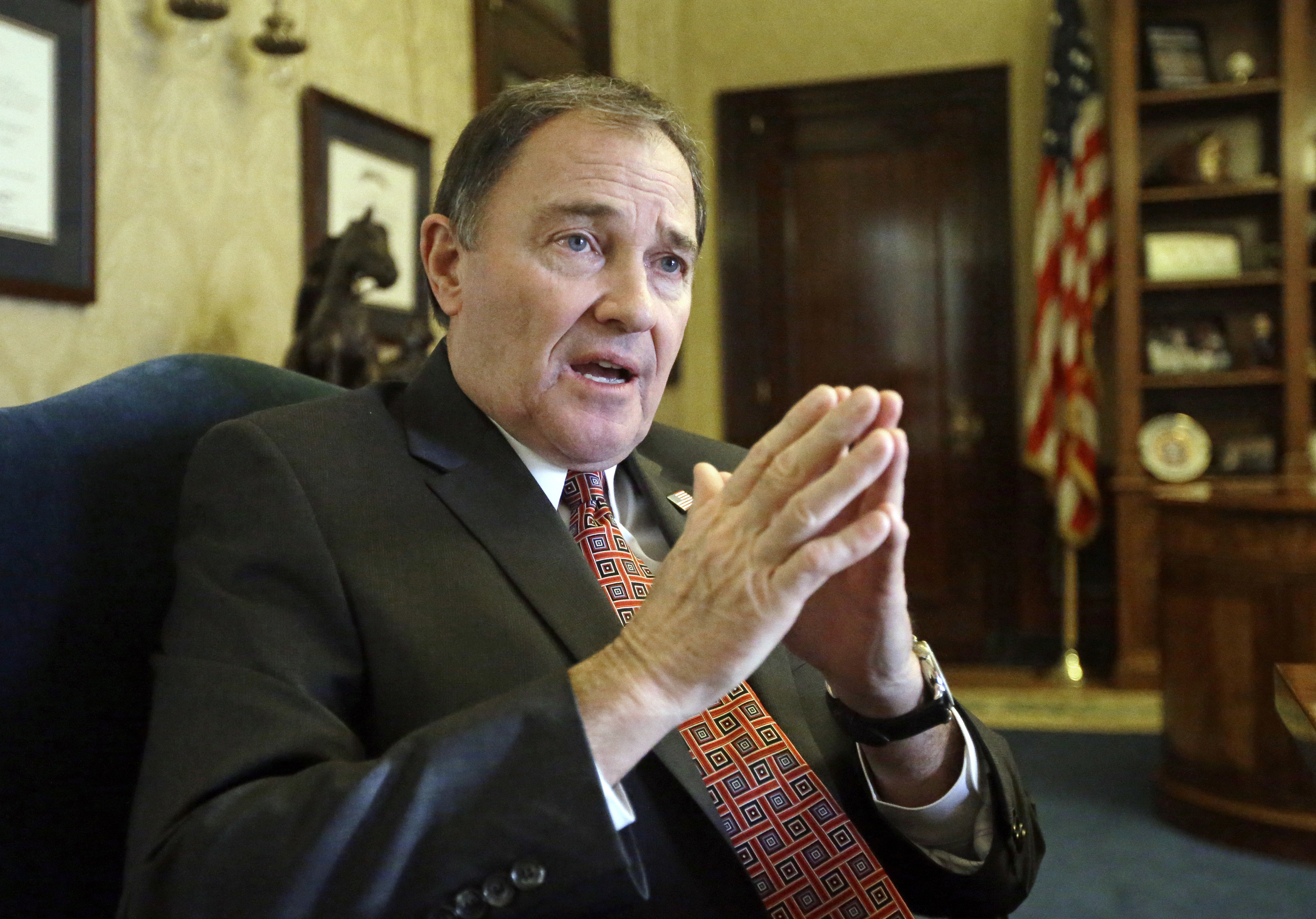 SALT LAKE CITY -- The governor signed a bill Monday that makes Utah the first state to require doctors to give anesthesia to women having an abortion at 20 weeks of pregnancy or later.

The proposal is based on the disputed premise that a fetus can feel pain at that point.

Many doctors in Utah and across the country are concerned that the requirement could increase the health risks to women by giving them unnecessary heavy sedation in order to protect a fetus from pain that it may or may not feel.

Dr. Sean Esplin of Intermountain Healthcare in Utah said anesthesia or an analgesic would need to go through the woman in order to reach the fetus. Doctors could give a woman general anesthesia, which would make her unconscious and likely require a breathing tube, or a heavy dose of narcotics.

No other U.S. state has passed this same law, said Elizabeth Nash, a policy analyst at the abortion-rights nonprofit Guttmacher Institute. Montana lawmakers passed a similar law in 2015 requiring fetal anesthesia before surgeries, including abortions, performed after 20 or more weeks of gestation, but its Democratic governor vetoed the measure.

Twelve states ban abortions after around 20 weeks of gestation, while a handful of other states give women the option of having anesthesia.

Previous Utah law gave women the choice to have anesthesia during an abortion.

The plan by Sen. Curt Bramble, R-Provo, is meant to target a small subset of women who have elective abortions beginning at 20 weeks. State law normally allows abortions until viability, which is at about 22 weeks.

But it could affect women in many other medical situations.

Utah law defines abortions in part as "the intentional termination or attempted termination of human pregnancy after implantation of a fertilized ovum through a medical procedure carried out by a physician or through a substance used under the direction of a physician."

David Turok of the University of Utah's obstetrics and gynecology department said that could apply to instances in which a woman is past her due date so the doctor induces labor or there's a problem with the pregnancy, such as pre-eclampsia, so it's safer to deliver the baby early. These common procedures could now require general anesthesia, he said.

"You never give those medicines if you don't have to," Turok said.

Laura Bunker of the conservative group United Families International said if there is any chance a fetus feels pan at 20 weeks, doctors should do everything possible to make sure they are comfortable.

The new law would not apply to women who must have an abortion because their life is at risk or the fetus will not survive outside the womb.

Utah Medical Association CEO Michelle McOmber said her organization feels neutral toward the legislation. The association convinced Bramble to change its language from saying a fetus "is capable of experiencing pain," to it "may be capable of experiencing pain." She said the association would have preferred that the proposal stated it is inconclusive whether or not the fetus feels pain.

Bramble initially sought to ban abortions after 20 weeks entirely, but he changed course after the Legislature's attorneys warned him that any such measure would likely be unconstitutional.