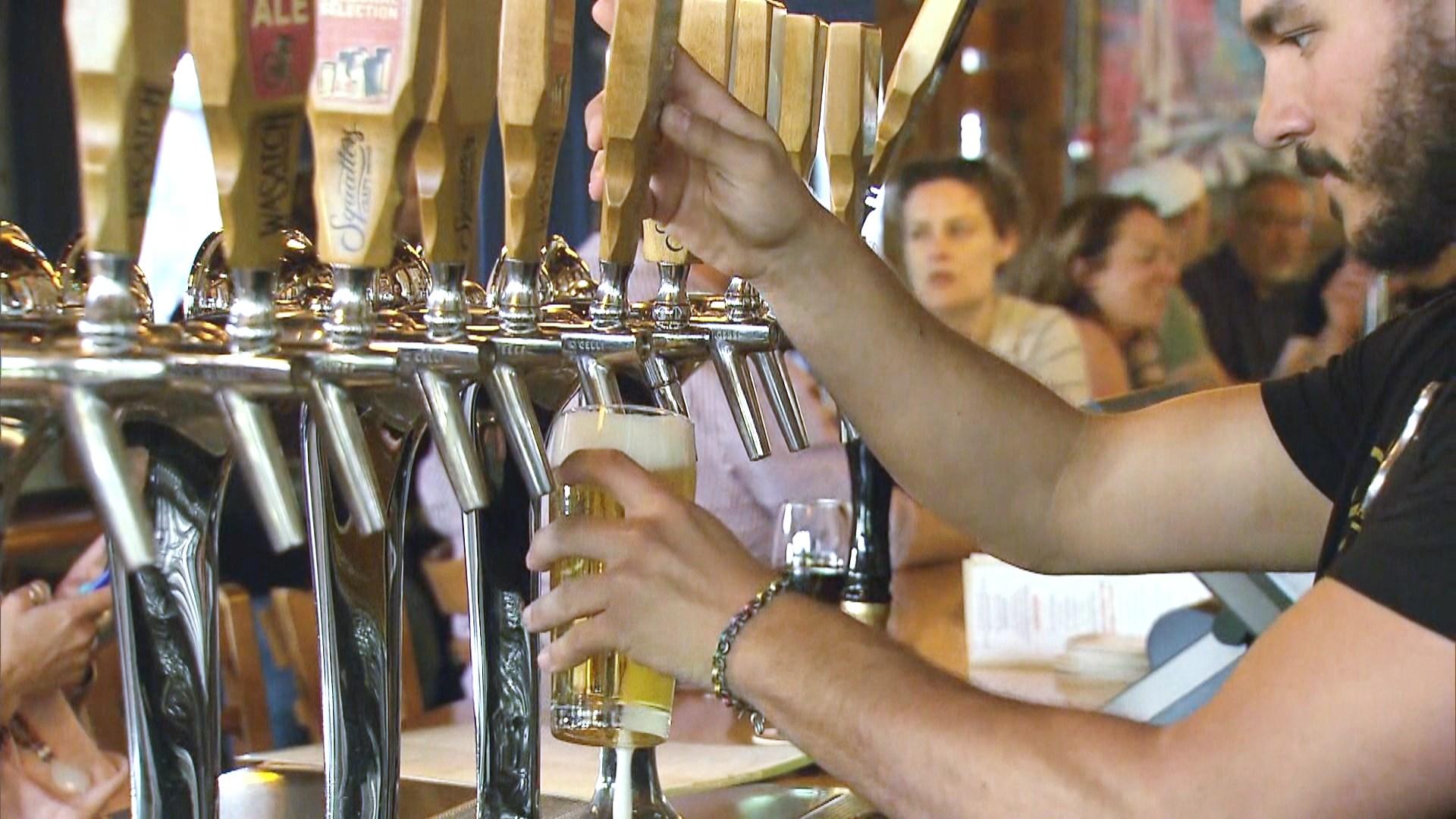 Utah faces growing opposition over a newly-passed drunk driving law that lowers the legal blood alcohol limit from 0.08 to 0.05. That makes it the lowest threshold in the nation, and the law is set to go into effect late next year.

The National Highway Traffic Safety Administration says an average 160-pound man would be considered legally drunk under the new law after drinking just two drinks in one hour.

"Reluctantly, I think they have a point," said Doug Hofeling, COO of Squatters Brewery in Salt Lake City. He worries the ads and the upcoming lower blood alcohol limit will scare people away.

"We think conventions will stop coming here … and what's going to happen is every other state is going to try to come and steal our business," Hofeling said.

State representative Norm Thurston sponsored the bill and says it will save lives by deterring people from drinking and driving.

"The public safety impact of this is so compelling that it's worth doing," Thurston said.

"Even though you've already got the lowest DUI death rate in the country?" Evans asked.

"We're not at zero," Thurston said.

The National Transportation Safety Board has recommended a 0.05 blood alcohol limit since 2013, and Utah will be the first state to adopt it.

"There are a lot of businesses and restaurants that are concerned about how this is going to impact their bottom line," Evans pointed out.

"It's hard to feel too much sympathy for people whose business model is to profit from people who choose to drink and drive," Thurston said.

"None of us are trying to sell to people to drive drunk. We are responsible business operators and none of us want that," Hofeling said. "This bill really and truly is about stigmatizing alcohol and punishing those who serve it."

The new ads, backed by the American Beverage Institute, blatantly point that out.

"Tourism and hospitality are a major, major industry in the state of Utah… I'm terrified of the economic effects it could have," Hofeling said.

Opponents are hoping to either repeal the law before it goes into effect or change it to lessen the penalty. Even though the law doesn't go into effect until 2018, lawmakers say it's already having an impact here in lowering DUI arrests. Now, they hope other states will follow.