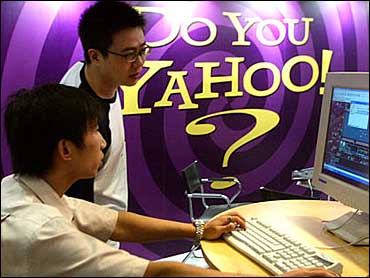 Internet companies that face hearings Wednesday before angry U.S. lawmakers say they can't resist China's effort to censor the Web on their own. But industry analysts say that even if Washington tried to enforce free-speech standards, it is likely to have little effect.

Yahoo Inc., Google Inc. and others say they must obey Beijing or risk limiting access to their most promising market. And analysts say that even if American legislators granted activists' demands to restrict exports of technology used by Beijing to control the Web, China's high-tech companies can supply many of those tools on their own.

"It's hard for anything that will come out of Capitol Hill to make speech any freer in China," said industry analyst David Wolf, managing director of the Beijing consulting firm Wolf Group Asia.

Complaints that U.S. Internet companies are violating American principles have mounted as they restrict online searches and shut down Web logs with sensitive content. Yahoo is accused of providing information that led to the jailing of two of its Chinese e-mail users.

"All U.S. and international firms operating in China face the same dilemma of complying with laws that lack transparency and that can have disturbing consequences inconsistent with our own beliefs," Mary Osako, a Yahoo spokeswoman, said in a statement e-mailed to The Associated Press.

Osako's statement appealed to the U.S. government to "do all it can to help us continue providing services we know benefit China's citizens and to do so in a way consistent with our beliefs and values."

Activists complain that U.S. Internet companies have gone beyond their legal obligations, supplying China with technology and know-how used to monitor Web use, track users and block access to foreign sites run by dissidents and human rights groups.

"What we want is from now on, these companies, these contracts should be monitored by the Department of Commerce. That's the only way to make sure they don't collaborate on these kinds of human rights abuses," said Julien Pain, who is in charge of Internet research for the Paris-based press freedom group Reporters Without Borders.

Lawmakers have scheduled hearings Wednesday into what they say are actions by Internet companies that violate American principles.

Rep. Tom Lantos, the top Democrat on the House International Relations Committee, complained this month that they "caved in to Beijing for the sake of profits."

In addition to Yahoo and Google, activists have complained about software makers Microsoft Corp. and Sun Microsystems Inc., and Cisco Corp. and Canada's Nortel Corp., which make switching equipment that connects Internet users.

On Tuesday, China defended its moves to control access of its citizens to the Internet.

"With the development of the Internet, there has been some harmful and illegal content," Chinese Foreign Ministry spokesman Liu Jianchao said at a regular briefing. "The Chinese government has adopted some management measures so as to limit the immoral and harmful content, especially for young people."

"It's surreal. They are wasting taxpayers' money on coming up with technology to counteract filtering provided by U.S. companies," Pain said. "We think taxpayers in the U.S. should be aware of what is going on, because it is their money."

China encourages Internet use for education and business, and the country has the world's largest population of Web users after the United States, with more than 100 million people online.

But the government also runs what is widely regarded as the world's most sweeping and successful effort to control Internet. Official task forces whose work force is believed to number in the thousands scan the Web and impose filters that block access to material deemed subversive or obscene. Companies that host Web logs are required to ensure their customers obey censorship rules.

While China relies for now on foreign-made routers and other high-tech gear, the country has its own fast-growing producer of telecoms equipment, Huawei Inc., that people in the industry say could soon be able to make acceptable substitutes.

U.S. high-tech companies in other industries have seen their business affected by similar political tussles.

China turned to European suppliers of some satellite technology after Washington restricted exports on security grounds.

China also has taken action to see that it isn't dependent on U.S. aircraft suppliers. After making most of their early purchases from Boeing Inc., Chinese airlines now give half their business to Europe's Airbus.