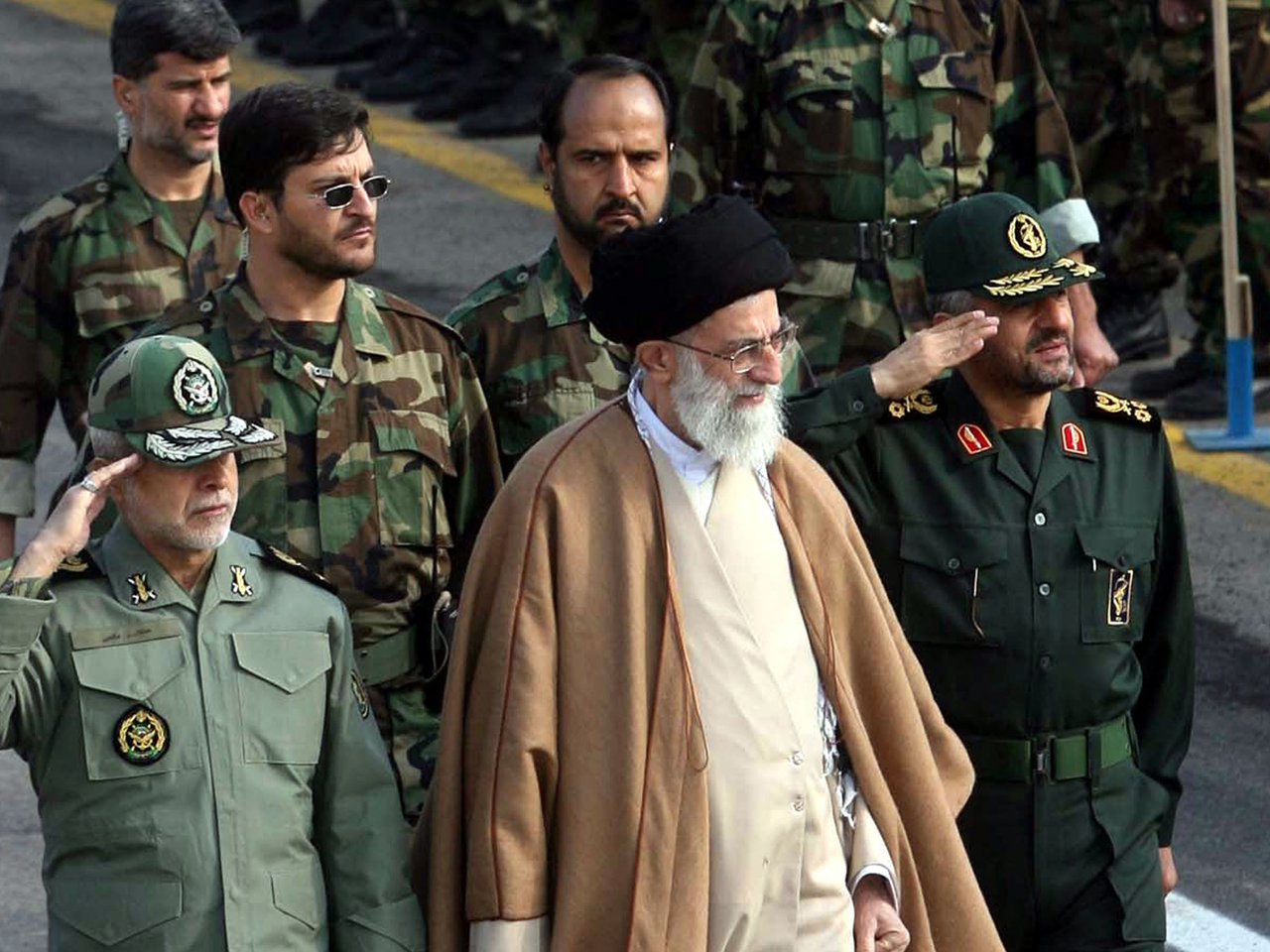 The United States government has reportedly conveyed a direct message to the supreme leader of Iran, warning him that any move by the Islamic Republic's elite Revolutionary Guard to cut off shipping traffic through the strategically vital Strait of Hormuz would evoke a swift response from the world's most powerful military.

The message, conveyed by a secret, mysterious "channel of communication," according to a report in The New York Times - if it was actually communicated to Ayatollah Ail Khamenei - is evidence of just how serious the U.S. is taking Iran's lingering threat to close the Strait if the world stops buying their oil.

The personal message may have been unnecessary.

With the U.S. reportedly sailing two Navy aircraft carrier strike groups - a daunting display of America's war machine on the seas - toward the Persian Gulf, there could have been little doubt in the mind of Iran's leaders that the Obama administration is taking the threat to the Strait seriously.

While the U.S. government publically insists there is no relation between the carrier strike groups' relocation to the Gulf, the ships' presence in the body of water, which forms about a third of Iran's southern border, will be a direct challenge to the isolated regime's stern warning for the U.S. to stay out of the area.

According to the Times report, Khamenei - who holds near-absolute power atop a ruling gaggle of Islamic clerics in Iran - was told blocking the Strait would cross a "red line" of U.S. patience, and draw a response that can only be interpreted to be military.

The anonymous officials who told the newspaper of the secret communication gave no further details on the nature of the message, and the Times said it was unclear whether any response had come from Tehran back to the White House or the Pentagon.

In autumn 2011, the U.S. and Iran's civilian president Mahmoud Ahmadinejad both expressed a willingness to create an emergency hotline between the two capitals - a last minute means of averting hypothetical military clashes in the event tensions should suddenly spiral out of control.

It took about a week for Iran's military and Revolutionary Guard leaders to come out and publicly reject the American idea for a hotline, and thus Ahmadinejad's backing for it - a clear dig at the president's authority in the nation he leads only as far as the clerics will allow him to lead it. (The hint is in Khamenei's title: Supreme Leader - very little ambiguity in that.)

So, it's unclear today what sort of direct, emergency Bat Phone type communication channels exist between Tehran and Washington. The U.S. has no embassy in Iran, and hasn't had an official diplomatic presence to speak of since the storming and occupation of the old mission in Tehran in 1979. (There is a "Virtual Embassy" - a U.S. State Department website billed as a resource for Iranian citizens to learn about the evils of their own government. Of course, Iran censors the internet, so Iranians living in Iran have likely never seen or heard of it.)

Secret communications and flotillas of military power aside, U.S. officials have made their "red line" message over the Strait of Hormuz - through which about a fifth of the world's oil supply flows every year - very clear to the Iranian regime on multiple occasions since they issued their initial threat to close it.

On Sunday, Secretary of Defense Leon Panetta and Joint Chiefs chairman Gen. Martin Dempsey both sat in Washington and told "Face the Nation" host Bob Schieffer in no uncertain terms that, while Iran has the capacity to close the Strait for a limited amount of time, it would not end well for the Iranian naval forces.

"We've invested in capabilities to ensure that if that happens, we can defeat that," Dempsey told Schieffer. "We've described that as an intolerable act. And it's not just intolerable for us, it's intolerable to the world. But we would take action and reopen the Straits."

Of course, this is not the only "red line" the American government has drawn in the sand for Iran. While the threat of a choked-off Strait of Hormuz represents the most immediate concern for America's interests, that "red line" is really just an extension of the older, far more dire red line set by the Obama administration when it said Iran will not be allowed to possess a nuclear weapon. As Iran continues to enrich uranium in defiance of global demands to halt, the U.S. and its allies are trying to force their hand by depriving the regime of cash.

The U.S. is continuing to rally support around the world for tough new sanctions aimed at drying up Iran's oil income by banning global financial institutions which deal with the Iranian Central Bank from U.S. markets. The Obama administration is having limited success, but some key countries which rely on Iran for their energy supplies, or have extensive business interests in Iran (China and Russia chief among them), are refusing to jump onboard.

There was a sign Thursday that the pressure may be mounting enough to bring the Iranians back into formal negotiations over its nuclear program. Iran's parliamentary speaker, Ali Larijani, said during a trip to Turkey that "all issues can be easily solved through negotiations," suggesting his government may be open to a new round of talks with the U.S. and other nations, possibly hosted by Turkey. It's unclear whether Larijani was speaking with the backing of Khamenei and the other ruling clerics, however.

In the meantime, the Strait of Hormuz has become Iran's pawn - rhetorically, at least - in the feud. The regime says if sanctions are imposed which essentially block its ability to sell oil to the world, they will close the Strait.

But as is often the case with Iran, rhetoric and reality are somewhat juxtaposed. Iran ships virtually all of its oil exports out to international clients through the Strait of Hormuz, and a great deal of the country's material supplies come in through the 35 mile-wide channel.

If Iran's clerics decided to close the Strait, or if a hot-headed Revolutionary Guard naval commander decided to make a move in that direction on his own, it would instantly compound the misery imposed by any international sanctions many times over.