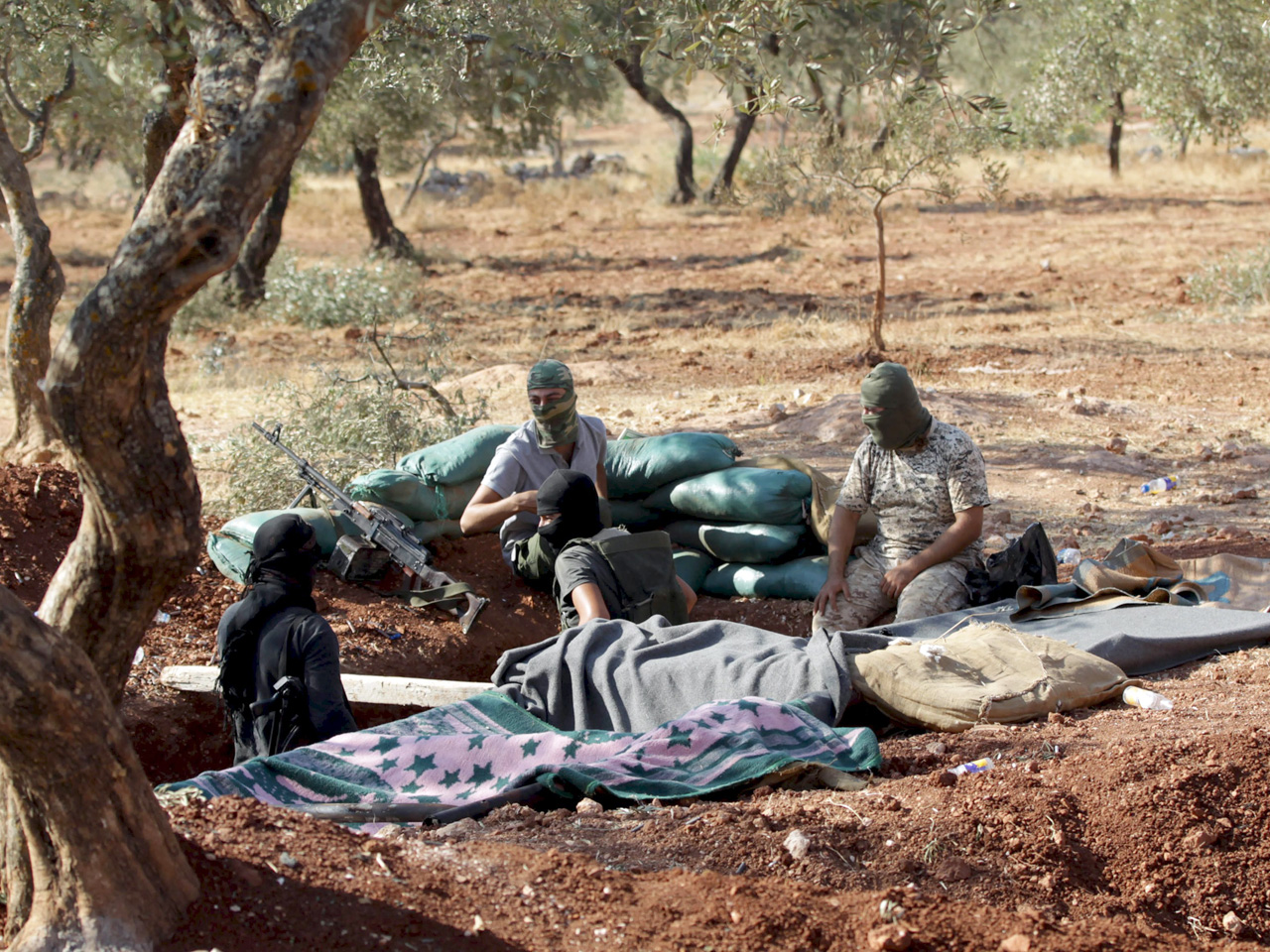 BEIRUT - U.S.-trained rebels who recently returned to Syria said Wednesday they have lost contact with one of their officers and that they are investigating reports he defected and handed over his weapons to al Qaeda's branch in the country.

The allegations come only days after the group of about 70 rebels returned to Syria after training in Turkey as part of the U.S. program to train and equip rebels to take part in the fight against the Islamic State of Iraq and Syria (ISIS.)

If confirmed, defection among the ranks of U.S.-trained rebels would be an embarrassment to the program, which has already been criticized as offering too little too late and failing to provide enough protection for those trained rebels once inside Syria.

U.S. Central Command released a statement Wednesday denying reports of the defection and loss of arms.

"Approximately 70 graduates of the Coalition's Syria Train and Equip Program successfully returned to Syria over the weekend and are currently operating there as New Syrian Forces," the statement read.

Central command added that the rebels do not operate directly under their control, but are supported by them, and their mission is to fight ISIS.

U.S. officials have begun an overhaul of the efforts, including suggesting that the newly trained fighters operate as the New Syrian Forces alongside Syrian Kurds, Sunni Arab and other anti-ISIS forces.

The American program to train rebels to fight ISIS was once housed under the title of "Division 30." However, Pentagon officials appear to be distancing themselves from that moniker.

On Wednesday, the commander of Division 30, Major Anas Ibrahim Ubayd, announced that he and his men now operate under the name "The Atarib Revolutionaries Group" which he defines as "an independent rebel groups" dedicated to fighting the Syrian regime, and not ISIS, reports CBS News' Khaled Wassef.

The U.S. Central Command confirmed Monday the graduates have re-entered Syria with their weapons and equipment and were to operate alongside existing western-allied forces.

Another previous batch of rebels trained by the U.S. had previously been hit hard by their rival the Nusra Front, the al Qaeda branch in Syria.

The first trained group, made up of 54 fighters, was wiped out by the Nusra Front soon after it returned to Syria in July. In the attack, several members of the group were killed and others taken hostage while many fighters fled. U.S. Central Command spokesman, Air Force Col. Patrick Ryder, said that those rebels largely disbanded - of the 54, one was killed; one is being held captive; nine are back in the fight; 11 are available but not in Syria; 14 returned to Syria but quit the U.S. program and 18 are unaccounted for.

The new allegations, pertaining to the second group of U.S.-trained rebels, were first circulated on social media after the group returned to Syria last week. The U.S.-based SITE intelligence group, which monitors militant websites, said supporters of the Nusra Front first reported that a group of those newly trained by America had handed over their weapons to the militants after they were arrested. The report made no mention of a defecting officer.

Other supporters of the Nusra Front posted pictures of what they said were weapons seized from the U.S. trained rebels.

In response to the allegations, Division 30 posted a statement on its Facebook page saying it is investigating. If allegations are true, the group said, it will refer the officer in question to a military tribunal on charges of treason because the weapons "belong to the Syrian people." The group acknowledged losing contact with the officer but denied any contacts with al Qaeda's affiliate.

The Times of London reports that the chief of staff of Division 30, Colonel Mohammad al-Daher, confirmed the reports of the mass defection in an interview from Turkey, and he slammed the American effort on the ground.

"The program of establishing and training 30th Division is not serious: 30th Division was not well equipped to go into action," he said, adding the force had been infiltrated by Islamic extremists.

The program to train and equip fighters on the ground aligned with the U.S. aim of ridding the country of ISIS has been pilloried on Capitol Hill. Sen. John McCain, R-Ariz., called the program an "abysmal failure" last week.

Gen. Lloyd Austin told the Senate Armed Services Committee last week that the U.S. is looking at better ways to deploy the Syrian forces, but he agreed that the U.S. will not reach its goal of training 5,000 in the near term. He said only four or five U.S-trained Syrian fighters remain on the battlefield against ISIS militants.