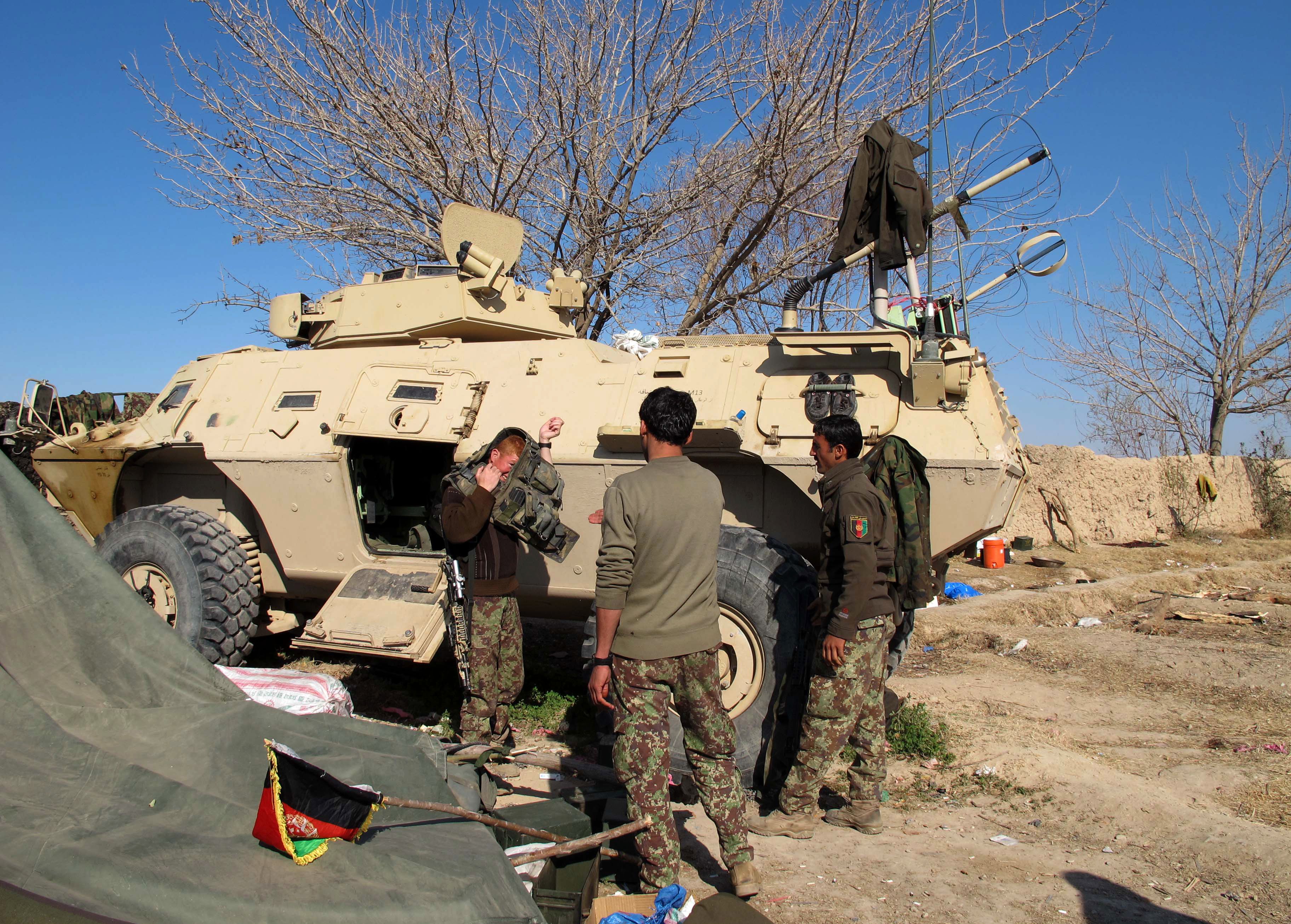 KABUL, Afghanistan -- Two wounded American soldiers and the body of a third have been evacuated from a battlefield in southern Afghanistan after hours of clashes, a U.S. military official said Wednesday.

"All casualties have been evacuated" following fighting the day before near the city of Marjah, in the southern Helmand province, U.S. Army Col. Mike Lawhorn said. The evacuation was delayed Tuesday when one helicopter took fire and was unable to land, and another was unable to take off.

The U.S. and NATO formally concluded their combat mission a year ago, shifting to a training and advisory role. But U.S. troops are still authorized to carry out counterterrorism raids and combat missions to defend themselves.

CBS Radio News correspondent Cami McCormick says U.S. Special Operations forces have been helping their Afghan counterparts go after Taliban militants in Helmand Province -- the group's stronghold -- where there has been a worrying resurgence of the extremist group.

While the U.S. military continues to insist that the American troops on the ground in Afghanistan are there only in a train, advise and assist role, McCormick says the casualties this week show how dangerous the battlefield in Helmand has become.

Gen. John Campbell, the U.S. commander of the joint "Resolute Support" mission in Afghanistan, told McCormick on a recent visit to Afghanistan that it has been a tough fighting season for the Afghan forces. The militants appear to be sending a message that as the U.S. moves out, they will make every effort to move in and take back ground.

The Pentagon is concerned about the Taliban's resurgence -- particularly as America is due to further decrease its troop presence this year.

The Taliban have recently attacked a number of cities in Helmand, one of several fronts where the insurgents have advanced in the past year.

Most of the world's opium, the raw material for heroin, is grown along the Helmand river valley. The drug trade, along with other contraband like arms and minerals, help fund the insurgency.

The Afghan army has launched operations in Marjah and the district of Sangin, the scene of fierce fighting last month, Lawhorn said. The two areas are north and south of the provincial capital of Lashkar Gah, respectively.

The Helmand governor's spokesman, Omar Zawaq, said troops had reopened the main Marjah highway, which insurgents had closed a day earlier. But he said communications were not good enough to know what progress was being made on the battlefield.

The re-opened highway allowed reinforcements and supplies to get through, Defense Ministry spokesman Dawlat Waziri said. Access to the town had been hampered by Taliban mines and a destroyed bridge, he added.

An official who used his Facebook account to plead for help when Sangin was besieged by the Taliban last month was removed from his post, according to the Independent Directorate of Local Governance, a powerful body in charge of appointing governors.

Mohammad Jan Rasoulyar, formerly deputy governor of Helmand, had been removed at the request of the National Security Council, the IDLG's spokeswoman Munera Yousufzada said.

"We have provincial spokesmen and they are in contact with the media and can comment when something is confirmed," she said, adding that other officials who wanted to make public statements "must follow the rules."

Rasoulyar used his Facebook account to make an emotional plea to President Ashraf Ghani for help as government forces were outnumbered and surrounded in Sangin. He warned the president that the entire province was in danger of falling to the insurgency.