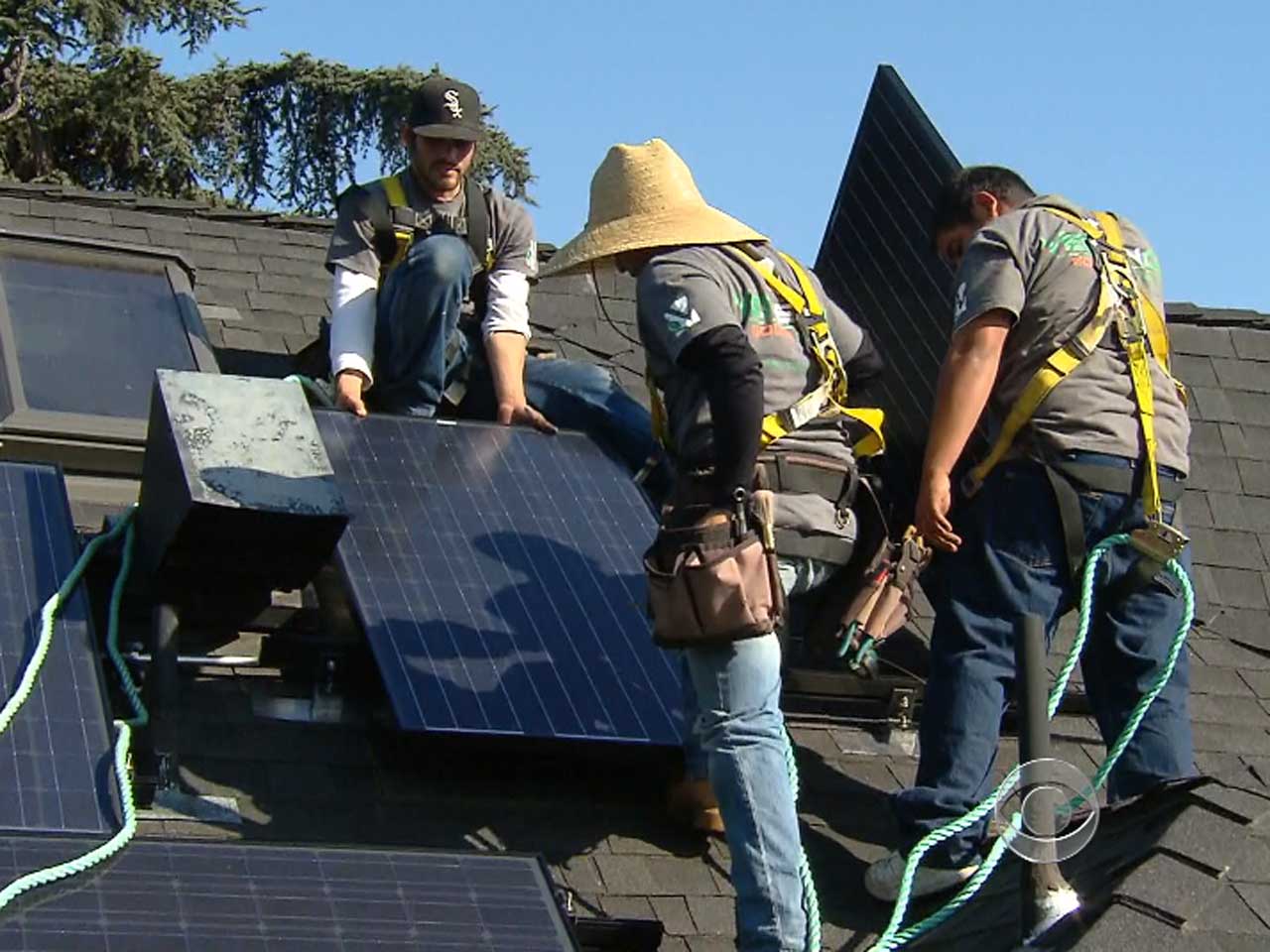 (CBS/AP) WASHINGTON - The U.S. Commerce Department has imposed new import fees on solar panels made in China, finding that the Chinese government is improperly giving subsidies to manufacturers of the panels there.

The Commerce Department said Tuesday it has found on a preliminary basis that Chinese solar panel makers have received government subsidies of 2.9 percent to 4.73 percent. Therefore the department said tariffs in the same proportions will be charged on Chinese panels imported into the U.S., depending on which company makes them.

The tariff amounts are considered small, but the decision could ratchet up trade tensions between the U.S. and China. Several U.S. solar panel makers had asked the government to impose steep tariffs on Chinese imports. They are struggling against stiff competition from China as well as weakening demand in Europe and other key markets, just as President Barack Obama is working to promote renewable energy.

"Today's announcement affirms what U.S. manufacturers have long known: Chinese manufacturers have received unfair ... subsidies," Steve Ostrenga, CEO of Helios Solar Works in Milwaukee, Wis., said in a statement. The company is a member of a group called the Coalition for American Solar Manufacturing.

"Just a few years ago, Chinese products were less than 10 percent of the U.S. market. Today they average about half of the U.S. market," said Tim Brightbill, an attorney representing seven American manufacturers.

On the other side, some U.S. companies argue that low-priced Chinese imports have helped consumers and promote rapid growth of the industry.

The new tariffs are low, making the Commerce Department decision "a relatively positive outcome for the U.S. solar industry and its 100,000 employees," said Jigar Shah, president of the Coalition for Affordable Solar Energy. "However, tariffs large or small will hurt American jobs and prolong our world's reliance on fossil fuels. Fortunately, this decision will not significantly raise solar prices in the United States."

Commerce said it was putting off until May 17 a decision on whether Chinese companies are dumping the solar panels on world markets, selling them below cost.

Trade tensions with China are especially sensitive at a time when the U.S. and other Western economies want to boost technology exports to revive economic growth and reduce high unemployment.

The U.S. and China are two of the world's biggest markets for solar, wind and other renewable energy technology. Both governments are promoting their own suppliers in hopes of generating higher-paid technology jobs.

The U.S. manufacturers' complaints have been amplified by the controversy surrounding Solyndra Inc. — a California-based solar panel maker that filed for bankruptcy protection after winning a $500 million federal loan from the Obama administration.

Solyndra's failure embarrassed the administration and prompted a lengthy review by congressional Republicans who are critical of Obama's green energy policies. Solyndra has cited Chinese competition as a key reason for its failure.

U.S. energy officials say China spent more than $30 billion last year to subsidize its solar industry. Obama said in November that China has "questionable competitive practices" in clean energy and that his administration has fought "these kinds of dumping activities." The administration will act to enforce trade laws where appropriate, Obama said.

SolarWorld Industries America Inc., the largest U.S. maker of silicon solar cells and panels and a subsidiary of Germany-based SolarWorld, has led the U.S. manufacturers' complaints.

China announced its own probe in November, saying it will investigate whether U.S. support for renewable energy companies improperly hurts foreign suppliers.

Below watch a CBS Evening News report from Feb. 15 on the difficulties U.S. solar panel manufacturers have been having in the open market.