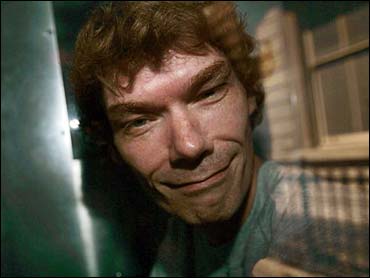 A Briton wanted in the United States for what U.S. authorities call the biggest successful hacking effort against American military computer networks was freed on bail Wednesday after a court appearance.

Lawyers for McKinnon, who was first arrested in the case nearly three years ago and then released, said he would fight extradition. It was not immediately clear why U.S. officials took so long to seek extradition.

McKinnon's lawyer, Karen Todner, confirmed a published report that McKinnon was motivated by a desire to expose the ease with which a civilian could breach government computer systems and by a strong conviction that the U.S. government was concealing evidence of UFOs.

Janet Boston, acting for the U.S. government, told Bow Street Magistrates' Court that McKinnon installed unauthorized software on computers used by NASA, the Defense Department, the Army, Navy and Air Force that permitted him to "completely control the computers."

"On one instance, the U.S. Army's military district of Washington network became inoperable," she said.

McKinnon, who waved and blew a kiss toward his parents as he entered court, spoke only to confirm his name and date of birth.

When the case was first revealed in late 2002, U.S. officials said McKinnon faced up to 10 years in prison plus fines of $250,000 on each of eight counts.

District Judge Christopher Pratt set several conditions for the $9,200 bail, including that McKinnon be barred from applying for any travel documents and from using any computer equipment that gives access to the Internet.

In arguing for low bail, defense lawyer Mohammed Khamisa emphasized McKinnon's lack of prior criminal convictions. He also told the court that since McKinnon's initial arrest, he had made no attempt to leave the country or evade the attention of authorities since being released.

"Mr. McKinnon, as you know, has been expecting this for about four years now," Khamisa told the court.

British prosecutors concluded that while Britain could have jurisdiction, it would be impractical to try the case here. They said that it arose from an American-led investigation of offenses committed in the United States and that the evidence and witnesses needed to prosecute were all in America.

Outside the court, Todner told reporters that any charges should be dealt with in British courts.

"Mr. McKinnon intends to contest his extradition vigorously. Of particular concern to him is the treatment of other British nationals under the American judicial system, which inspires little confidence," she said.

"We believe that as a British national he should be tried here in our courts by a British jury and not in the U.S."