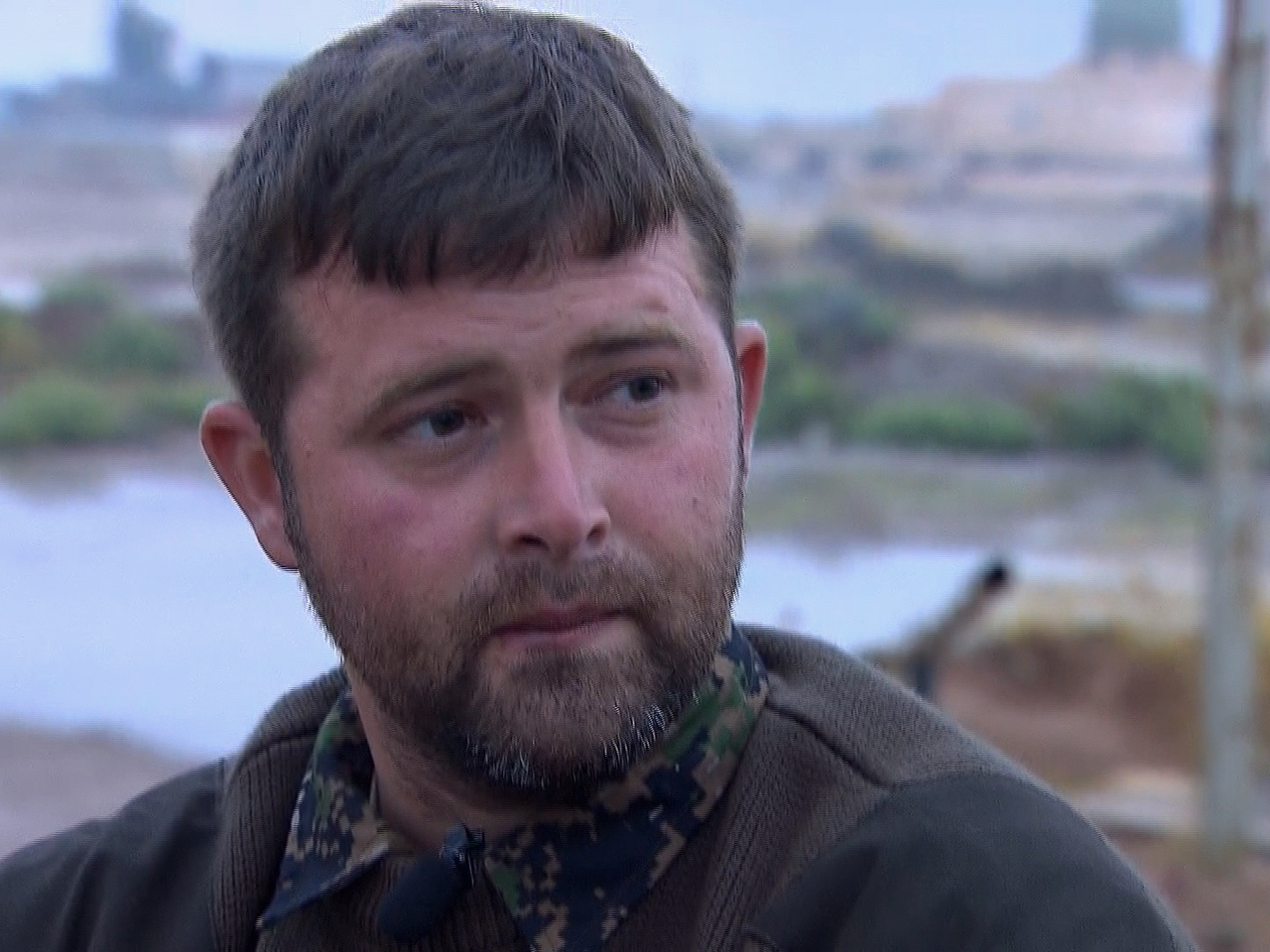 ERBIL, Iraq -- CBS News correspondent Holly Williams was escorted into Syria on Sunday by Kurdish fighters engaged in a brutal war against the Islamic State of Iraq and Syria (ISIS).

The Kurds are out-gunned and out-manned, but Williams discovered that one of the fighters who has joined their ranks is an American volunteer.

"I figured if I came over here more Americans and other people from other countries would come here," Jeremy Woodard, a security guard from Meridian, Mississippi, told Williams.

Woodard served with the U.S. military until 2012, having seen tours in both Iraq and Afghanistan.

A month ago, after he was angered by news reports about atrocities committed by ISIS, he paid his own way to Turkey and was smuggled into the war zone.

"I can't really understand them, but sign language is everything," he said of working with his new comrades. Woodard told CBS News he's been involved in several battles against ISIS, including one close to Syria's border with Iraq that he said raged for 24 hours.

"I've killed two, in my first battle in Jezaa, and that's it so far," he told Williams. "Hopefully my numbers will go up. I never thought I'd be over in Syria killing people, but they've killed innocent people."

Williams asked the American whether he was frightened of the prospect of being captured by ISIS, which has already beheaded two American and two British captives.

"It's not frightening to me," he told Williams. "If I have one bullet left, I'll take my own life before that happens. I'm not gonna get put on YouTube by ISIS, and let them put me on my knees and cut my head off for publicity."

Woodard told us he's not the only American fighting with the Kurdish militia members against ISIS in Syria. He said he knows of two others, and has heard there may be several more.