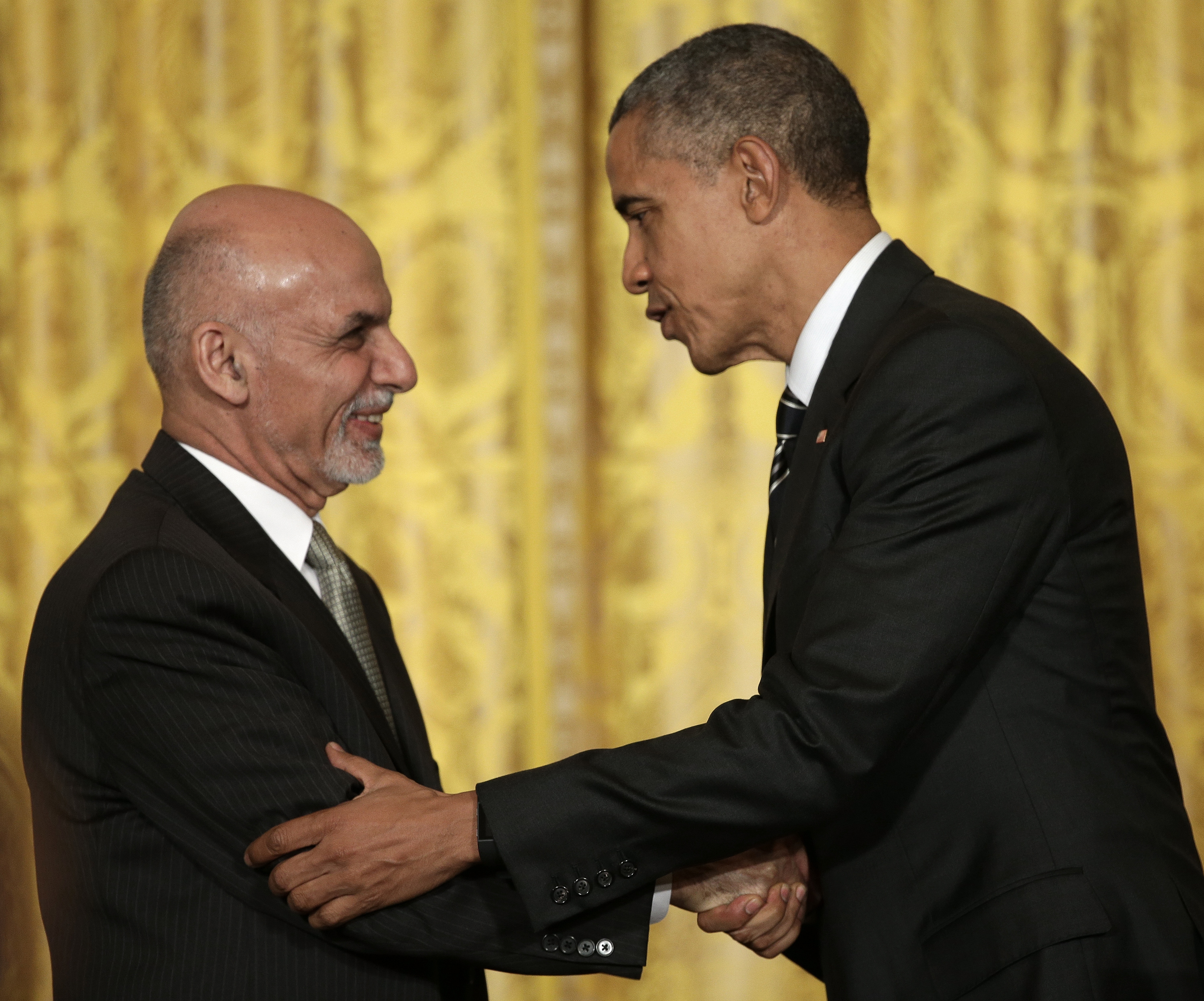 The U.S. and Afghanistan announced Tuesday that they would slow the withdrawal of U.S. troops from Afghanistan, leaving 9,800 U.S. service members in place until the end of 2015 instead of half that number, as originally planned.

President Obama made the announcement Tuesday at a press conference with Afghan President Ashraf Ghani, who is visiting Washington. The slightly altered military posture comes after a request from Ghani for more flexibility in the U.S. drawdown timeline.

Last May, Mr. Obama announced that the U.S. would end its combat mission at the end of 2014, leaving just 9,800 troops in place at the start of 2015, and reduce that number by half by the end of the year. By the end of 2016, the U.S. force presence were to be cut to levels necessary just to protect the embassy.

Now, the U.S. plans to keep 9,800 troops in Afghanistan through the end of the year. Mr. Obama said that the 2016 drawdown would be established later in 2015.

"This flexibility reflects our reinvigorated partnership with Afghanistan, which is aimed at making Afghanistan secure and preventing it from being used to launch terrorist attacks. Reconciliation and a political settlement remain the surest way to achieve the full drawdown of U.S. and foreign troops from Afghanistan in a way that safeguards international interests and peace in Afghanistan, as well as U.S. national security interests.," Mr. Obama said. He later added that it was the judgment of Gen. John Campbell, the commander of U.S.-led forces in Afghanistan, as well as others on the ground, that the extra time was "well worth it."

But he acknowledged that some service members would be rotating back into Afghanistan for a few months longer than was intended.

"We want to make sure we are doing everything we can to help Afghan Security Forces succeed so we don't have to go back. So we don't have to respond in an emergency because counterterror - because terrorist activities are being launched out of Afghanistan," he said.

Ghani pledged that the additional flexibility would be used to accelerate reforms and ensure that Afghan national forces were prepared to defend their country and act with respect toward the Afghan people.

"Because of American engagement in Afghanistan, there have not been attacks on mainland United States. But let's not forget that fortresses cannot be built around countries or continents. We are living in an interconnected world and our security is joined together," he said.

At the beginning of the press conference, Mr. Obama addressed the victims of the Germanwings flight that crashed earlier Tuesday, presumably killing all 150 people on board.

"Our thoughts and our prayers are with our friends in Europe, especially the people in Germany and Spain, following the terrible airplane crash in France. It's particularly heartbreaking because it apparently includes the loss of so many children, some of them infants," Mr. Obama said.

He said he had called German Chancellor Angela Merkel and Spanish President Mariano Rajoy Brey to offer his assistance.

"Germany and Spain are among our strongest allies in the world...America stands with them at this moment of sorrow," he said.