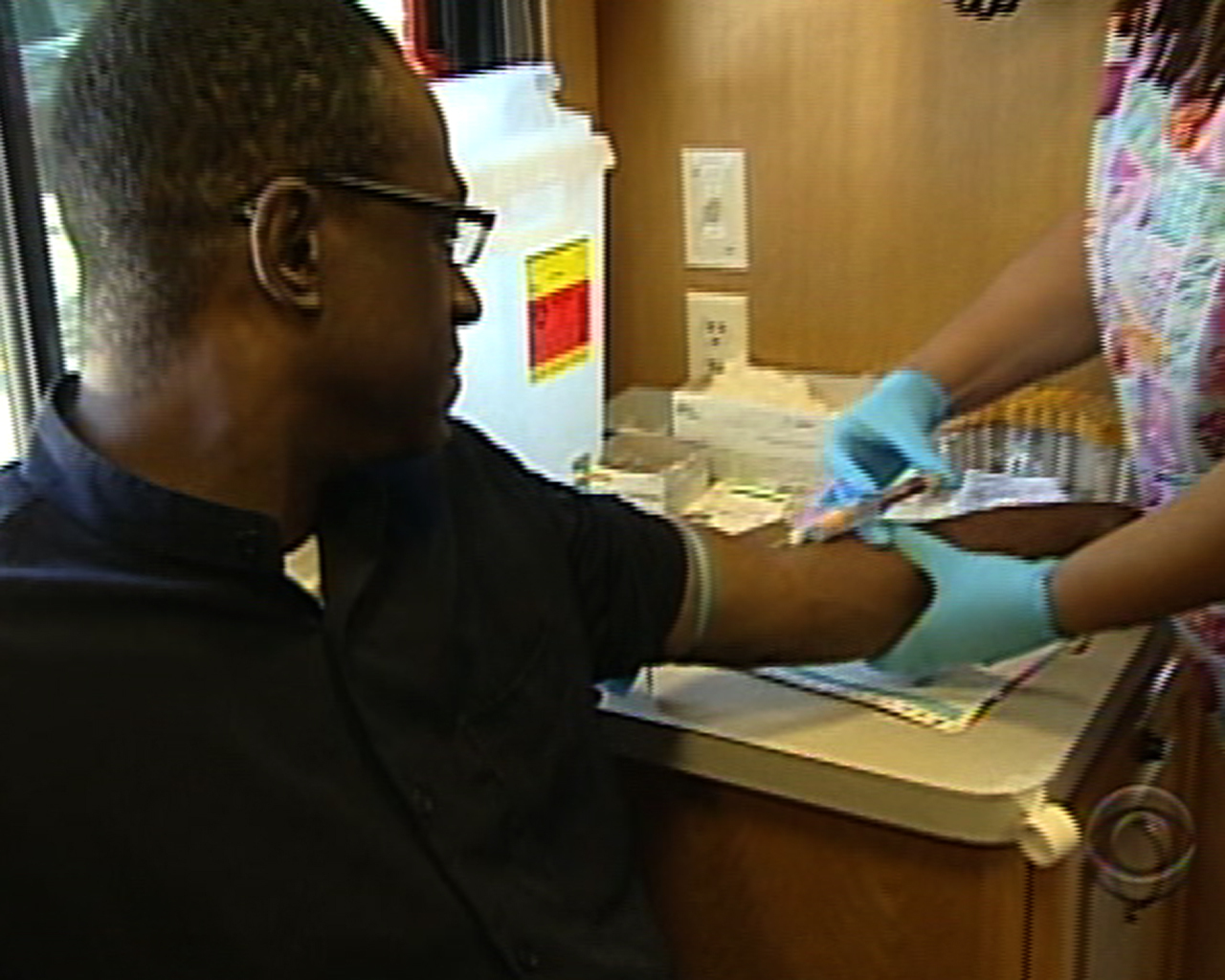 (CBS News) Should adult men get a PSA blood test to screen for prostate cancer? In its final recommendation on the subject, the U.S. Preventive Services Task Force has reviewed the evidence and says no, the small benefit from the blood test does not outweigh the expected harms that come with a positive test, regardless of age.

"It's important for doctors and patients to understand that our current approach to screening for prostate cancer does not serve men well," Task Force Chair Dr. Virginia Moyer, a professor of pediatrics at Baylor College of Medicine in Houston, said in a news release. "There is a critical need for a better test - one that leads to early detection of cancers that threaten men's health, but minimizes unnecessary, risky tests and treatments that do not lead to longer or more healthful lives."

A PSA test looks for levels of prostate-specific antigen in the blood, and high levels have been thought to signal prostate cancer. The Task Force's final recommendation shouldn't come as a surprise to those who have been following the controversy surrounding PSA tests since the panel first released a similar draft recommendation in October, 2011.

At the time, the panel said the tests often pick up cancers that may be too slow-growing to ever cause a real threat to healthy men, resulting in needless radiation and surgery that may lead to major side effects such as erectile dysfunction, incontinence and even death. That recommendation was not final though and was open to public debate, HealthPopreported, and debate sure enough followed.

Dr. Deepak Kapoor, chairman and chief executive of Integrated Medical Professionals, which includes the nation's largest urology practice told the New York Times around that time, "We will not allow patients to die, which is what will happen if this recommendation is accepted."

Cut to five months later, the task force stood by its initial recommendation following a comprehensive review of the evidence. Its new recommendations were published online Monday in the May 21 issue of the Annals of Internal Medicine.

But what males have much better odds of facing are harms from a diagnosis for a cancer that may never cause problems during their lifetimes. The review found for every 1,000 men who get a PSA test, 30 to 40 will develop erectile dysfunction or urinary incontinence, two men will experience a major cardiovascular event such as a heart attack caused by treatment, and one man will develop a potentially deadly blood clot in his leg or lungs from treatment.

For every 3,000 men screened with a PSA test, one will die from complications from the surgery, the task force said. However, nearly 90 percent of men with PSA-detected prostate cancer undergo early treatment with surgery, radiation, or androgen deprivation therapy, according to the study.

Despite the evidence and recommendation from the group of national experts, the task force realizes many men will continue to get a PSA test.

"Before getting a PSA, all men deserve to know what the science tells us about PSA screening: There is a very small potential benefit and significant potential harms," said Task Force Co-Chair Dr. Michael LeFevre, associate chair in the department of family and community medicine at the University of Missouri School of Medicine," said in the release. "We encourage clinicians to consider this evidence and not screen their patients with a PSA test unless the individual being screened understands what is known about PSA screening, and makes a personal decision that even a small possibility of benefit outweighs the known risk of harms."

In an accompanying editorial published in the same journal, Dr. William J. Catalona, medical director of the Urological Research Foundation and Dr. Henry Lynch, director of the Hereditary Cancer Center at Creighton University, said the panel of government advisors did not include a urologist or cancer specialist, and bases its recommendations on flawed studies. The task force focused on whether men would die, they wrote, but did not take into consideration the substantial illness that comes with living with cancer. They are concerned the new recommendations will take Americans back to a time when prostate cancer was discovered at advanced, incurable stages.

"The recommendations of the USPSTF carry considerable weight with Medicare and other third-party insurers," Dr. Lynch said in a journal written statement. "My colleagues and I strongly believe that the Task Force recommendations should not be used as justification by insurers, including Medicare, to deny diagnosis of prostate cancer to the male population at risk."

"Death rates from prostate cancer have dropped dramatically in the U.S. despite an aging population, which suggests evaluation and early treatment of prostate cancer is valuable in saving lives," he said. Schlegel thinks the panel should have given a less-severe "C" recommendation or higher so doctors could discuss the risk and benefits with their patients. Schlegel said high-risk men, such as African Americans who face twice the risk for prostate cancer, are "inappropriately disadvantaged" by the new recommendations.

According to Schlegel, early screening is the only way to stop prostate cancer since there are no curative treatments once the disease spreads.

"There will be more people who die of prostate cancer because of the application of these study results," he said.

In a second accompanying editorial in the same journal, Dr. Otis Brawley, chief medical and scientific officer at the American Cancer Society, said over-diagnosis of prostate cancer is what makes screening appear life-saving when it actually isn't. Most of these men may never have a tumor progress to become deadly, but since they were screened and treated, they think screening saves lives, he said.

"Many people have a blind faith in early detection of cancer and subsequent aggressive medical intervention whenever cancer is found," wrote Dr. Brawley. "There is little appreciation of the harms that screening and medical interventions can cause."

In 2012, nearly 242,000 men will be diagnosed with prostate cancer, and 28,200 men will die from the disease, according to the National Cancer Institute.

Got questions about the new recommendations? The U.S. Preventive Services Task Force has more.