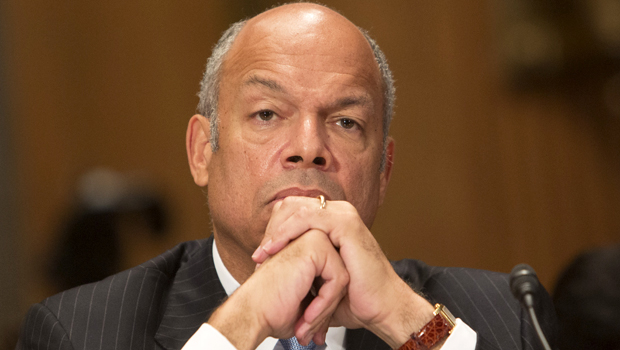 WASHINGTON Senior U.S. national security officials said Thursday they are worried about the potential for violence at the Republican National Convention in Cleveland as tensions run high around the country after the recent police shootings of unarmed black men and the deadly ambush of police officers in Dallas.

During congressional testimony, Homeland Security Secretary Jeh (jay) Johnson said he's concerned that demonstrations outside the convention hall may get out of hand. He told lawmakers that roughly 4,000 U.S. government personnel will be based in Cleveland to ensure the safety of people there.

"I am concerned about the possibility of violence," Johnson told the House Homeland Security Committee. He added that in Ohio it is legal to openly carry firearms.

Johnson said he will be inspecting security in Cleveland during a visit on Friday. He also said he has similar concerns about the possibility for violence at the upcoming Democratic convention in Philadelphia. He said he plans to visit that site next week.

FBI Director James Comey said there will be "hundreds of people" from the bureau focused on assessing intelligence related to groups that aspire to commit acts of domestic terrorism.

"Anytime there's a national spotlight on a political event in the United States there's a risk that groups that aspire to do just that, to engage in acts of domestic terrorism, will be attracted," Comey said. "It's a threat we're watching very, very carefully."

Among the government personnel in Cleveland will be Secret Service agents, Homeland Security investigators, Customs and Border Protection personnel, and Coast Guard service members, according to Johnson. They will be augmented by Guard and state and local enforcement

"We have been planning and preparing for both conventions for over than a year," he said.