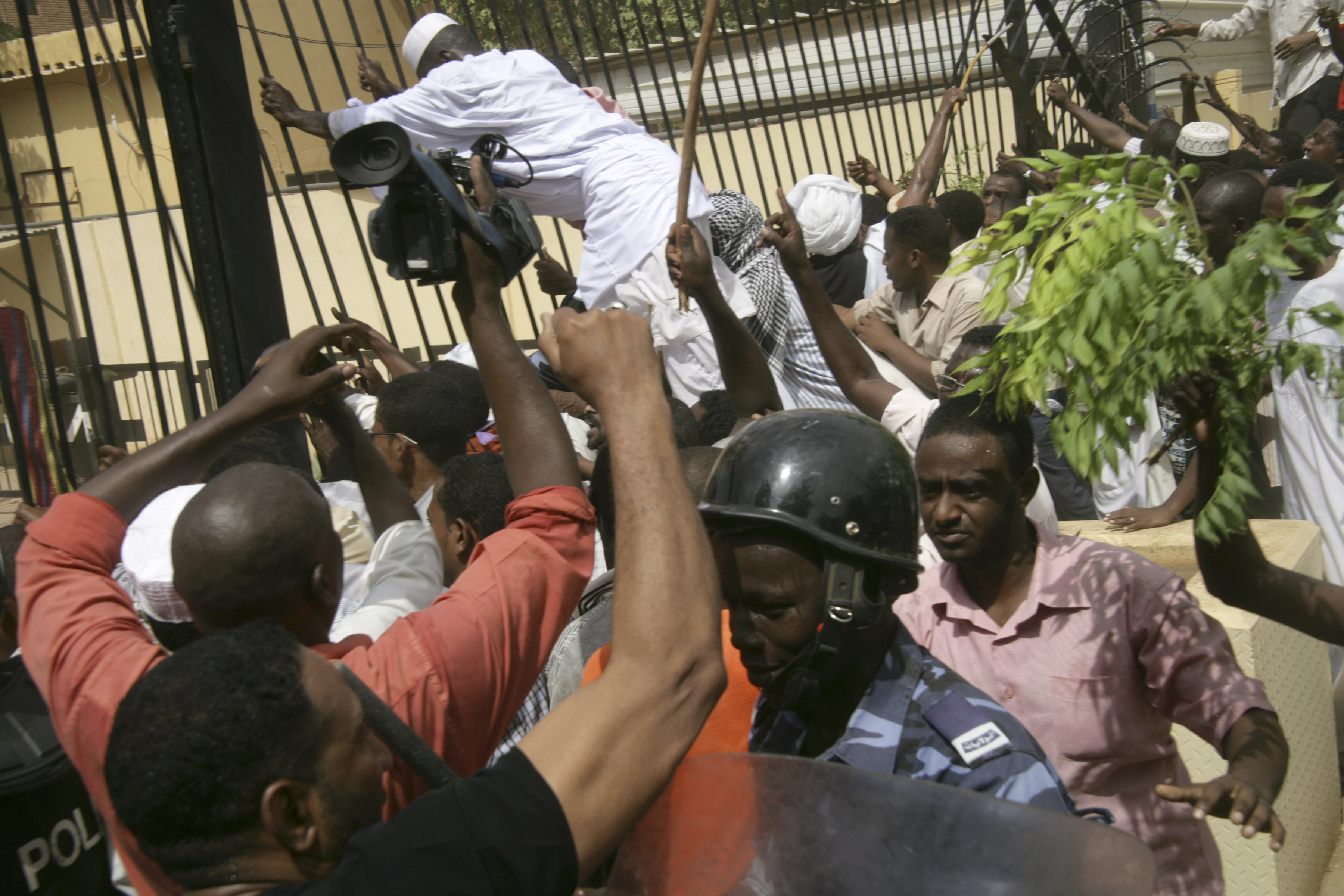 (AP) WASHINGTON - Objections by Sudan's government have held up the security mission of an elite Marine team that the U.S. planned to send to Khartoum, a U.S. official said Saturday.

As a result, the deployment has been delayed and possibly curtailed, according to the official, who spoke on condition of anonymity because the official was not authorized to disclose details on the troop movement.

The Marine unit, known as a fleet anti-terrorism security team, was ordered to Sudan in the wake of violence and protests against the U.S. Embassy.

Similar teams were sent to Libya on Wednesday after the attack that killed the U.S. ambassador and three other Americans in Benghazi, and to Yemen on Friday

Demonstrators in Sudan stormed the German Embassy before moving on in buses to the U.S. Embassy, where police used tear gas to stop them scaling the walls. The protests were part of demonstrations across the Muslim world against an anti-Islam film.

State Department spokeswoman Victoria Nuland said Sudan's government "has recommitted itself both publicly and privately to continue to protect our mission," as obligated under the Vienna Convention. "We have requested additional security precautions as a result of yesterday's damage to our embassy. We are continuing to monitor the situation closely to ensure we have what we need to protect our people and facility."