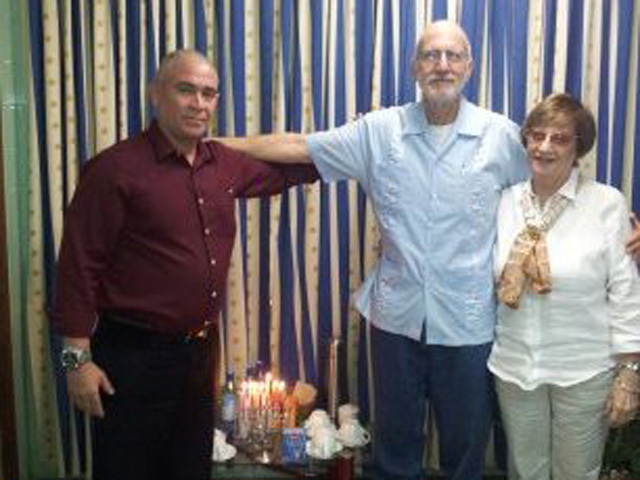 (AP) WASHINGTON - A U.S. State Department spokesperson said Thursday the U.S. does not see any willingness on Cuba's part to seriously discuss the release of imprisoned American contactor Alan Gross, and urged Havana to send him home as a humanitarian gesture.

State Department spokeswoman Neda Brown was responding to a senior Cuban diplomat's comment Wednesday that her country was prepared to negotiate a solution in the case and was awaiting a U.S. response.

Gross was working on a USAID-funded democracy building program when he was arrested in 2009 at Havana's Jose Marti airport. He says he was only trying to provide Internet service to the island's small Jewish community.

Cuba says the multimillion-dollar programs are an effort by Washington to undermine the government, and has noted that Gross was carrying sophisticated communications equipment.

Gross was sentenced to 15 years, and has lost his final appeal, leaving him out of legal options.

Previously, senior officials in Cuban President Raul Castro's government have raised the case of five Cuban agents sentenced to long jail terms in the United States, though they have not spelled out publicly that they are seeking an exchange for the 63-year-old Maryland man, who has been held for 2 and 1/2 years.

"The Cuban government's assertion that it is waiting for a response from the United States on a standing offer to negotiate the release of U.S. aid worker Alan Gross is not true," Brown told the AP.

"We have always been ready to hear from Cuba about a humanitarian gesture on their part to immediately release Mr. Gross. We have not seen a willingness by the Cuban Government to discuss seriously a resolution to this issue," Brown said.

Cuban Foreign Ministry official Josefina Vidal gave no further details. It was the first time a Cuban official has hinted that a specific proposal has been made and indicated that the ball was in Washington's court.

U.S. officials say privately, however, that Havana has made it increasingly clear they want a quid pro quo, something Washington has repeatedly rejected.

Jared Genser, a Washington-based attorney for the Gross family, said in a statement that there was no sign that a deal was in the works.

Citing his contacts with the White House, State Department and members of Congress, Genser said: "It has been consistently reported to me that Cuban government officials have been unwilling to put a concrete proposal on the table."

"If Ms. Vidal is serious, I would urge her to convey through diplomatic channels a clear proposal to initiate meaningful discussions with the United States to secure Alan's release," Genser said.

He has said American officials had long made clear to the Cubans that trading Gross for the Cuban agents is a nonstarter.

She said upon her return to the United States that she feared he would not survive his ordeal.Gross, who was obese when he was arrested in December 2009, has lost more than 100 pounds (45 kilograms) in custody.

His wife and lawyer say he also suffers from arthritis and has developed a mass behind his right shoulder blade that is not believed to be cancerous.

Vidal said the American's physical condition is fine. "Mr. Gross's health continues to be normal and he exercises regularly," she said in the brief statement.