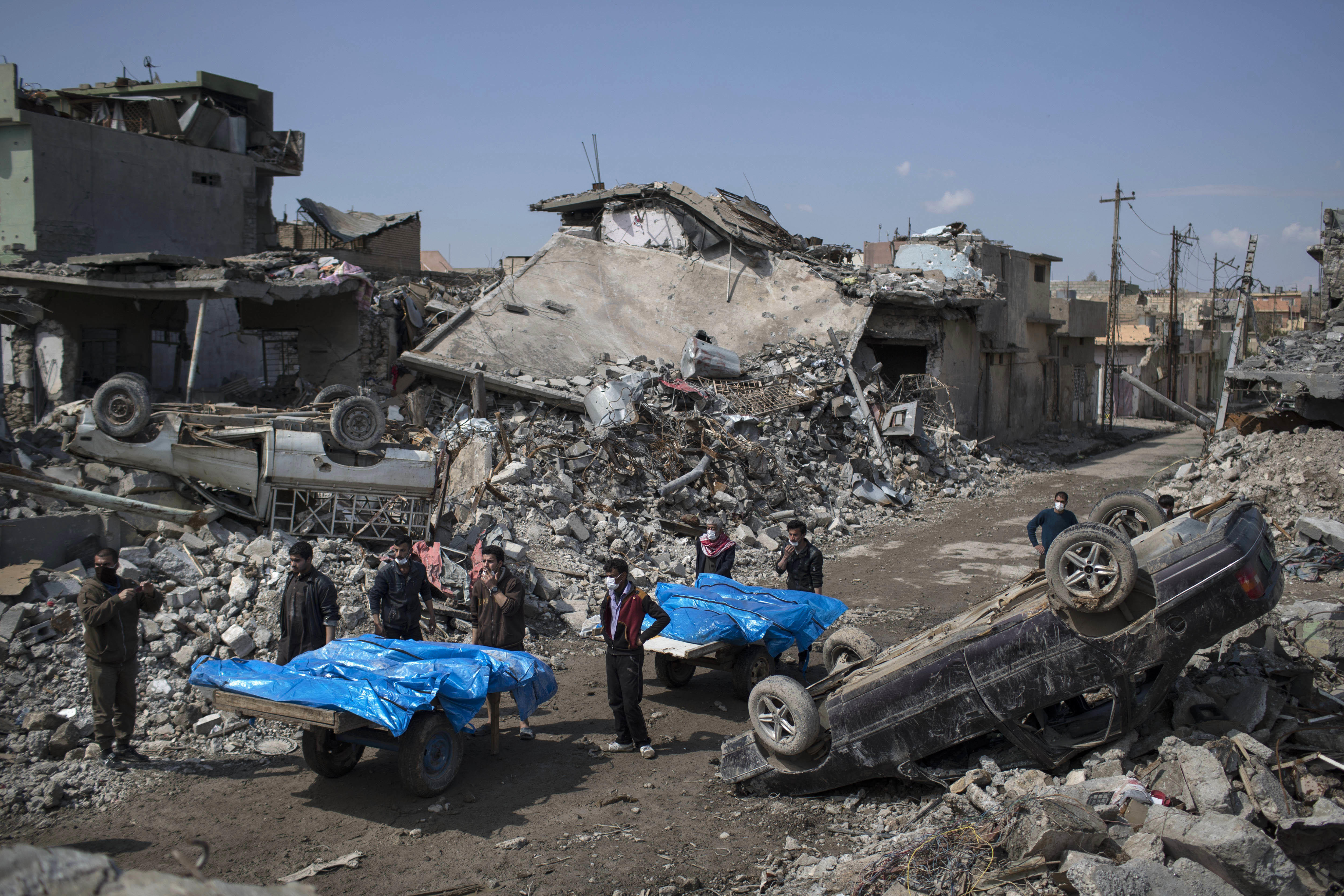 THE PENTAGON -- There is growing concern that the U.S. military may be responsible for the deaths of many dozens of civilians in the tough urban combat in Mosul, Iraq.

Iraq’s military -- backed by U.S. airstrikes and special operations forces -- is liberating the city of one million from the Islamic State of Iraq and Syria (ISIS).

Since last fall, nearly 800 Iraqi troops have been killed and 4,600 wounded.

American officers have now inspected the collapsed building where upwards of 100 civilians including women and children were buried alive. The top U.S. commander for the Middle East told Congress he agrees with the on-scene assessment.

“There is a fair chance that our operations may have contributed to civilian casualties,” Gen. Joseph Votel said.

But Votel said a March 17 airstrike which targeted an ISIS fighting position located in the building was not designed to bring down the entire structure.

“The munition that was employed here should not have created the effects that, that we -- that have been observed,” Gen. Votel said.

One possibility is that shock waves from the fighting in west Mosul -- the site of the heaviest urban combat since WWII -- had so weakened the structure it could not stand another blast.

But how did so many civilians end up in that building? Had they gone there to take shelter? Or had they been herded there by ISIS?

That was intended to speed up the time it takes to call in a strike, but it also reduced the number of double checks needed before a pilot could squeeze the trigger.