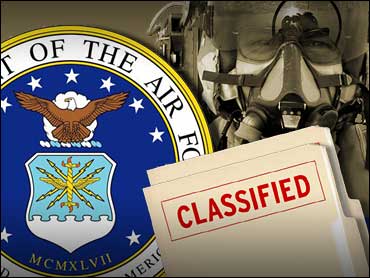 A suspected hacker has tapped into a U.S. military database containing Social Security numbers and other personal information for 33,000 Air Force officers and some enlisted personnel, an Air Force spokesman said Tuesday.

That figure represents about half of the officers in the Air Force, but no identity theft had been reported as of early Tuesday, said Tech. Sgt. James Brabenec, a spokesman at Randolph Air Force Base. The case was under investigation.

"We are doing everything we can to catch and prosecute those responsible," Maj. Gen. Tony Przybyslawski said in a statement.

Social Security numbers, birth dates and other information was accessed sometime in May or June, apparently by someone with the password to the Air Force computer system, Brabenec said.

On Friday, the people affected were notified of steps they can take to protect their identity, he said.

The military, while protecting classified information, has had trouble protecting data about its people, a computer expert told The Washington Post, which first reported the story.

"They have historically done much better at protecting operational systems than at protecting administrative systems," said John E. Pike, director of GlobalSecurity.org.

Hacking has been on the rise in commercial industry.

Business leaders in July announced an education campaign to better protect sensitive client information from hackers and other thieves, after a string of high-profile data thefts and losses.

In June, CardSystems Solutions Inc. disclosed that a breach of its system that processes transactions between merchants and credit card issuers exposed 40 million accounts to possible fraud.